Yesterday Microsoft conducted a pre-launch of Windows 10, demonstrating its features in an effort to excite developers and create some buzz before consumer launch later in 2015.

By and large, nobody cared.  Were you aware of the event? Did you try to watch the live stream, offered via the Microsoft web site?  Were you eager to read what people thought of the product?  Did you look for reviews in the Wall Street Journal, USA Today and other general news outlets? 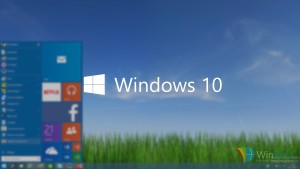 Microsoft really blew it with Windows 8 – which is the second most maligned Windows product ever, exceeded only by
Vista.  But that wasn’t hard to predict, in June, 2012.  Even then it was clear that Windows 8, and Surface tablets, were designed to defend and extend the installed Windows base, and as such the design precluded the opportunity to change the market and pull mobile users to Microsoft.

And, unfortunately, that is how Windows 10 has been developed.  At the event’s start Microsoft played a tape driving home how it interviewed dozens and dozens of loyal Windows customers, asking them what they didn’t like about 8, and what they wanted in a Windows upgrade.  That set the tone for the new product.

Microsoft didn’t seek out what would convert all those mobile users already on iOS or Android to throw away their devices and buy a Microsoft product.  Microsoft didn’t ask its defected customers what it would take to bring them back, nor did it ask the over 50% of the market using Windows 7 or older products what it would take to get them to go to Windows mobile rather than an iPad or Galaxy tablet.  Nope.  Microsoft went to its installed base and asked them what they would like.

Imagine it’s 1975 and for two decades you have successfully made and sold small offset printing presses.  Every single company of any size has one in their basement.  But customers have started buying really simple, easy to use Xerox machines.  Fewer admins are sending even fewer jobs to the print shop in the basement, as they choose to simply run off a bunch of copies on the Xerox machine.  Of course these copies are more expensive than the print shop, and the quality isn’t as good, but the users find the new Xerox machines good enough, and they are simple and convenient.

What are you to do if you make printing presses?  You probably need to find out how you can get into a new product that actually appeals to the users who no longer use the print shop.  But, instead, those companies went to the print shop operators and asked them what they wanted in a new, small print machine.  And then the companies upgraded their presses and other traditional printing products based upon what that installed base recommended.  And it wasn’t long before their share of printing eroded to a niche of high-volume, and often color, jobs.  And the commercial print market went to Xerox.

There are a lot of great new features in Windows 10.  But it really doesn’t matter.

The well spoken presenters from Microsoft laid out how Windows 10 would be great for anyone who wants to go to an entirely committed Windows environment.  To achieve Microsoft’s vision of the future every one of us will throw away our iOS and Android products and go to Windows on every single device.  Really.  There wasn’t one demonstration of how Windows would integrate with anything other than Windows.  And there appeared on intention of making the future an interoperable environment.  Microsoft’s view was we would use Windows on EVERYTHING.

Microsoft’s insular view is that all of us have been craving a way to put Windows on all our devices.  We’ve been sitting around using our laptops (or desktops) and saying “I can’t wait for Microsoft to come out with a solution so I can throw away my iPhone and iPad.  I can’t wait to tell everyone in my organization that now, finally, we have an operating system that IT likes so much that we want everyone in the company to get  rid of all other technologies and use Windows on their tablets and phones – because then they can integrate with the laptops (that most of us don’t use hardly at all any longer.)”

Microsoft even went out of its way to demonstrate how well Win10 works on 2-in-1 devices, which are supposed to be both a tablet and a laptop.  But, these “hybrid” devices really don’t make any sense.  Why would you want something that is both a laptop and a tablet?  Who wants a hybrid car when you can have a Tesla?  Who wants a vehicle that is both a pick-up and a car (once called the El Camino?) Microsoft thinks these are good devices, because Microsoft can’t accept that most of us already quit using our laptop and are happy enough with a tablet (or smartphone) alone!

Microsoft presenters repeatedly reminded us that Windows is evolving.  Which completely ignores the fact that the market has been disrupted.  It has moved from laptops to mobile devices.  Yes, Windows has a huge installed base on machines that we use less and less.  But Windows 10 pretends that there does not exist today an equally huge, and far more relevant, installed base of mobile devices that already has millions of apps people use every single day over and over.  Microsoft pretended as if there is no world other than Windows, and that a more robuts Windows is something people can’t wait to use!  We all can’t wait to go back to a exclusive Microsoft world, using Windows, Office, the new Spartan browser – and creating documents, spreadsheets and even presentations using Office, with those hundreds of complex features (anyone know how to make a pivot table?) on our phones!

Just like those printing press manufacturers were sure people really wanted documents printed on presses, and couldn’t wait to unplug those Xerox machines and return to the old way of doing things.  They just needed presses to have more features, more capabilities, more speed!

The best thing in Windows 10 is Cortana, which is a really cool, intelligent digital assistant.  But, rather than making Cortana a tool developers can buy to integrate into their iOS or Android app the only way a developer can use Cortana is if they go into this exclusive Windows-only world.  That’s a significant request.

Microsoft made this mistake before.  Kinect was a great tool.  But the only way to use it, initially, was on an xBox – and still is limited to Windows.  Despite its many superb features, Kinect didn’t develop anywhere near its potential.  Cortana now suffers from the same problem.  Rather than offering the tool so it can find its best use and markets, Microsoft requires developers and consumers buy into the Windows-exclusive world if you want to use Cortana.

Microsoft hasn’t yet figured out that it lost relevance years ago when it missed the move to mobile, and then launched Windows 8 and Surface to markets that didn’t really want those products.  Now the market has gone mobile, and the leader isn’t Microsoft.  Microsoft has to find a way to be relevant to the millions of people using alternative products, and the Windows 10 vision, which excludes all those competing devices, simply isn’t it.

There was lots of neat geeky stuff shown.  Surface tablets using Windows 10 with an xBox app can now do real gaming, which looks pretty cool and helps move Microsoft forward in mobile gaming.  That may be a product that sets Sony’s Playstation and Nintendo’s Wii on their heels.  But that’s gaming, and historically not where Microsoft makes any money (nor for that matter does Sony or Nintendo.)

There is a new interactive whiteboard that integrates Skype and Windows tablets for digital enhancement of brainstorming meetings.  But it is unclear how a company uses it when most employees already have iPhones or Samsung S5s or Notes.  And for the totally geeky there was a demo of a holographic headset.  But when it comes to disruptive products like this success requires finding really interesting applications that otherwise cannot be completed, and then the initial customers who have a really desperate need for that application who will become devoted users.

Launching such disruptive products has long been the bane of Microsoft’s existence.  Microsoft thinks in mass market terms, and selling to its base.  Not developing breakthrough applications and finding niche markets to launch new uses.  Nor has Microsoft created a developer community aligned with that kind of work.  They have long been taught to simply continue to do things that defend and extend the traditional base of product uses and customers.

The really big miss for this meeting was understanding developer needs.  Today developers have an enormous base of iOS and Android users to whom they can sell their products.  Windows has less than 3% share in mobile devices.  What developer would commit their resources to developing products for Windows 10, which has an installed base only in laptops and desktops?  In other words, yesterday’s technology base?  Especially when to obtain the biggest benefits of Windows 10 that developer has to find end use customers (companies or consumers) willing to commit 100% to Windows everywhere – even including their televisions, thermostats and other devices in our ever smarter buildings?

Windows 10 has a lot of cool features.  But Microsoft made a big miss by listening to the wrong people.  By assuming its installed base couldn’t wait for a Microsoft-exclusive solution, and by behaving as if the installed base of mobile devices either didn’t exist or didn’t matter, the company showed its hubris (once again.)  If all it took to succeed were great products, the market would never have shifted from Macintosh computers to Windows machines in the 1990s.  Microsoft simply doesn’t realize that it lacks the relevance to pull of its grand vision, and as such Windows 10 has almost no chance of stopping the Apple/Google/Samsung juggernaut.