Why Activists Succeed – and Will Change Yahoo 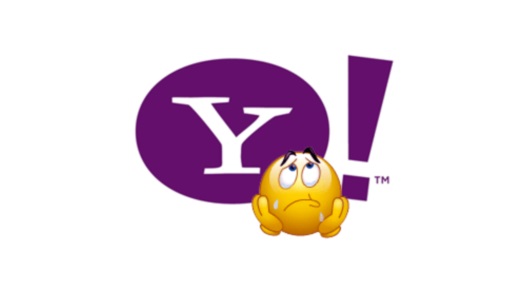 Starboard Value last week sent a letter to Yahoo’s Board of Directors announcing its intention to ask shareholders to replace the entire Board.  That is why Starboard is called an “activist” fund. It is not shy about seeking action at the Board level to change the direction of a company – by changing the CEO, seeking downsizings and reogranizations, changing dividend policy, seeking share buybacks, recommending asset sales, or changing other resource allocations.  They are different than other large investors, such as pension funds or mutual funds, who purchase lots of a company’s equity but don’t seek to overtly change the direction, and management, of a company.

Activists have been around a long time.  And for years, they were despised.  Carl Icahn made  himself famous by buying company shares, then pressuring management into decisions which damaged the company long-term while he made money fast.  For example, he bought TWA shares then pushed the company to add huge additional debt and repurchase equity (including buying his position via something called “green mail”)  in order to short-term push up the earnings per share.  This made Icahn billions, but ended up killing the company.

Similarly, Mr. Icahn bought a big position in Motorola right after it successfully launched the RAZR phone.  He pushed the board to shut down expensive R&D and product development to improve short-term earnings.  Then borrow a lot of money to repurchase shares, improving earnings per share but making the company over-leveraged.  He then sold out and split with his cash.  But Motorola never launched another successful phone, the technology changed, and Motorola had to sell its cell phone business (that pioneered the industry) in order to pay off debt and avoid bankruptcy.  Motorola is now a fragment of its former self, and no longer relevant in the tech marketplace.

So now you understand why many people hate activists.  They are famous for

Yet, they keep buying shares, and they have defenders among shareholders.  Many big investors say that activists are the only way shareholders can do anything about lousy management teams that fail to deliver, and Boards of Directors that let management be lazy and ineffective. 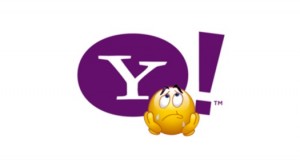 Which takes us to Yahoo.  Yahoo was an internet advertising pioneer. Yet, for several years Yahoo has been eclipsed by competitors from Google to Facebook and even Microsoft that have grown their user base and revenues as Yahoo has shrunk.  In the 4 years since becoming CEO Marissa Mayer has watched Yahoo’s revenues stagnate or decline in all core sectors, while its costs have increased – thus deteriorating margins.  And to prop up the stock price she sold Alibaba shares, the only asset at Yahoo increasing in value, and used the proceeds to purchase Yahoo shares. There are very, very few defenders of Ms. Mayer in the investment community, or in the company, and increasingly even the Board of Directors is at odds with her leadership.

The biggest event in digital marketing is the Digital Content NewFronts in New York City this time every year.  Big digital platforms spend heavily to promote themselves and their content to big advertisers.  But in the last year Yahoo closed several verticals, and discontinued original programming efforts taking a $42M charge.  It also shut is online video hub, Screen.  Smaller, and less competitive than ever, Yahoo this year has cut its spending and customer acquisition efforts at NewFronts, a decision sure to make it even harder to reverse its declining fortunes.  Not pleasant news to investors.

And Yahoo keeps going down in value.  Looking at the market the value of Yahoo and Alibaba, and the Alibaba shares held in Yahoo, the theoretical value of Yahoo’s core business is now zero.  But that is an oversimplification.  Potential buyers have valued the business at $6B, while management has said it is worth $10B.  Only in 2008 Ballmer-led Microsoft made an offer to buy it for $45B!  That’s value destruction to the amount of $35B-$39B!

Yet management and the Board remains removed from the impact of that value destruction.  And the risk remains that Yahoo leadership will continue selling off Alibaba value to keep the other businesses alive, thus bleeding additional investor value out of the company.  There are reports that CEO Mayer never took seriously the threat of an activist involving himself in changing the company, and removing her as CEO.  Ensconced in the CEO’s office there was apparently little concern about shareholder value while she remained fixated on Quixotic efforts to compete with much better positioned, growing and more profitable competitors Google and Facebook.  Losing customers, losing sales, and losing margin as her efforts proved reasonable fruitless amidst product line shutdowns, bad acquisitions, layoffs and questionable micro-management decisions like eliminating work from home policies.

There appear to be real buyers interested in Yahoo.  There are those who think they can create value out of what is left.  And they will give the Yahoo shareholders something for the opportunity to take over those business lines.  Some want it as part of a bigger business, such as Verizon, and others see independent routes.  Even Microsoft is reportedly interested in funding a purchase of Yahoo’s core.  But there is no sign that management, or the Board, are moving quickly to redirect the company.

And that is why Starboard Value wants to change the Board of Directors.  If they won’t make changes, then Starboard will make changes.  And investors, long weary of existing leadership and its inability to take positive action, see Starboard’s activism as the best way to unlock what value remains in Yahoo for them.  After years of mismanagement and underperformance what else should investors do?

Activists are easy to pick at, but they play a vital role in forcing management teams and Boards of Directors to face up to market challenges and internal weaknesses.  In cases like Yahoo the activist investor is the last remaining player to try and save the company from weak leadership.