Wells Fargo CEO Stumpf Is Gone: Is This The Beginning Of Wholesale Leadership Change? 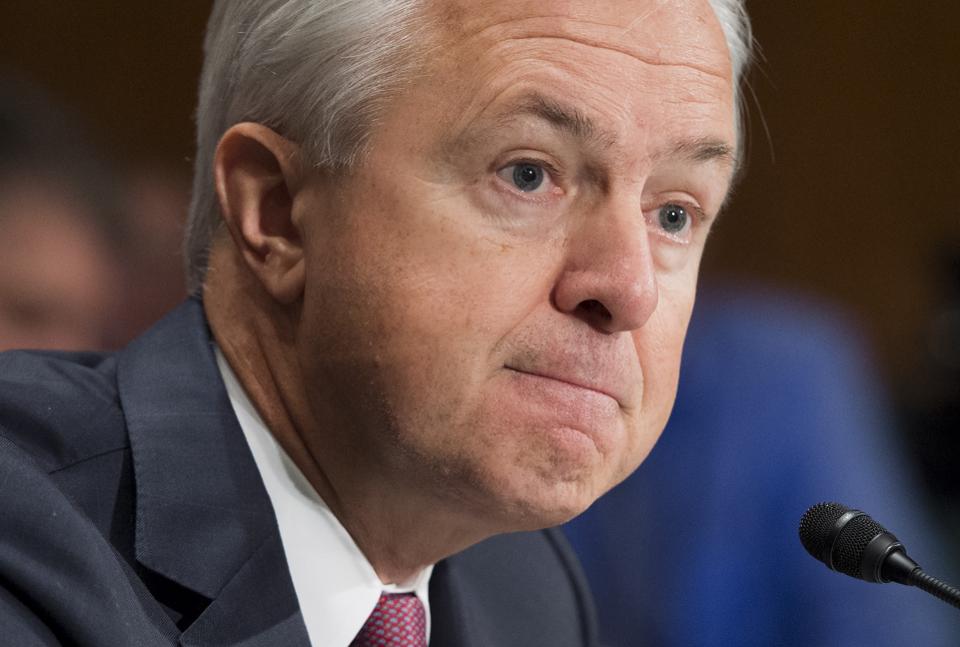 Everyone knows what happened at Wells Fargo. For many years, possibly as far back as 2005, Wells Fargo leaders pushed employees to “cross-sell” products, like high profit credit cards, to customers.  Eventually the company bragged it had an industry leading 6.7 products sold to every customer household. However, we now know that some two million of these accounts were fakes – created by employees to meet aggressive sales goals. And, unfortunately, costing unsuspecting customers quite a lot of fees.

We also know that Wells Fargo leadership knew about this practice for at least five years – and agreed to a $190 million fine. And the company apparently fired 5,300

Which begs the obvious question – if management knew this was happening, why did it continue for at least five years?

Let’s face it, if you owned a restaurant and you knew waiters were adding extras onto the bill, or tip, you would not only fire those waiters, but put in place procedures to stop the practice. But in this case we know that management at Wells Fargo was receiving big bonuses based upon this employee behavior. So they allowed it to continue, perhaps with a gloss of disdain, in order for the execs to make more money.

This is the modern, high-tech financial services industry version of putting employees in known dangerous jobs, like picking coal, in order to make more profit. A lot less bloody, for sure, but no less condemnable. Management was pushing employees to skirt the law, while wearing a fig-leaf of protection.

Ignorance is not excuse – especially for a well-paid CEO.

CEO Stumpf’s testified to Congress that he didn’t know the details of what was happening at the lower levels of his bank. He didn’t know bankers were expected to make 100 sales calls per day. When asked about how sales goals were implemented, he responded to Representative Keith Ellison “Congressman, I don’t know that level of detail.”

Really? Sounds amazingly like Bernie Ebbers at Worldcom. Or Jeff Skilling and Ken Lay at Enron. Men making millions of dollars from illegal activities, but claiming they were ignorant of what their own companies were doing. And if they didn’t know, there was no way the board of directors could know, so don’t blame them either.

Does anyone remember how Congress reacted to those please of ignorance? “No more.” Quickly the Sarbanes-Oxley act was passed, making not only top executives but Boards, and in particular audit chairs, responsible for knowing what happened in their companies. And later Dodd-Frank was passed strengthening these laws – particularly for financial services companies. Ignorance would no longer be an excuse.

Where was Wells Fargo’s compliance department?

Additionally, every company is required to implement a whistle-blower hotline so that employees can report violations of laws, regulations, or company policies. These reports are to go either to the audit chair, or the company external legal counsel. If it is a small company, possibly the company general counsel who is bound by law to keep reports confidential, and report to the board. This was implemented, as law, to make sure employees who observed illegal and unethical management behavior, as happened at Worldcom, Enron and Tyco, could report on management and inform the board so Directors could take corrective action.

Which begs the first question “where the heck was Wells Fargo’s compliance office the last five years?”  These were not one-off events. They were standard practice at Wells Fargo. Any competent Chief Compliance Officer had to know, after five-plus years of firings, that the practices violated multiple banking practice laws. He must have informed the CEO. He was, by law, supposed to inform the board. Who was the Chief Compliance Officer? What did he report? To whom? When? Why wasn’t action taken, by the board and CEO, to stop these banking practices?

And about that whistle-blower hotline – apparently employees took advantage of it. In 2010, 2011, 2013 and more recently employees called the hotline, even wrote the Human Resources Department and the office of CEO John Stumpf to report unethical practices. Were their warnings held in anonymity? Were they rewarded for coming forward?

Quite to the contrary, one employee, eight days after logging a hotline call, was fired for tardiness. Another was fired days after sending an email to CEO Stumpf alerting him of aberrant, unethical practices. A Wells Fargo HR employee confirmed that it was common practice to find fault with employees who complained, and fire them. Employees who learned from Enron, and tried to do the right thing, were harassed and fired. Exactly 180 degrees contrary to what Congress ordered when passing recent laws.

None of this was a mystery to Wells Fargo leadership, or CEO Stumpf. CNNMoney reported the names of employees, actions they took and the decisively negative reactions taken by Wells Fargo on September 21. There is no way the Wells Fargo folks who prepared CEO Stumpf for his September 29 testimony were unaware. Yet, he replied to questions from Congress that he didn’t know, or didn’t remember, these events – or these people. In eight days these staffers could have unearthed any information – if it had been exculpatory. That Stumpf’s answer was another plea of ignorance only points to leadership’s plan of hiding behind fig leafs.

CEO Stumpf obviously knew the practices at Wells Fargo. So did all his direct reports. And likely two or three levels downs, at a minimum. Clearly, all the way to branch managers. Additionally, the compliance function was surely fully aware, as was HR, of these practices and chose not to solve the issues – but rather hide them and fire employees in an effort to eliminate credible witnesses from reporting wrongdoing by top leadership.

Where was the board of directors? Why didn’t the audit chair intervene?

It is the explicit job of the audit chair to know that the company is in compliance with all applicable laws. It is the audit chairs’ job to implement the Sarbanes-Oxley and Dodd-Frank regulations, and report any variations from regulations to the company auditors, general counsel, lead outside director and chairperson. Where was proper governance of Wells Fargo? Were the Directors doing their jobs, as required by law, in the post Enron, WorldCom, Tyco, Lehman, AIG world?

Should CEO Stumpf be gone? Without a doubt. He should have been gone years ago, for failing to properly implement and enforce compliance. But he is not alone. The officers who condoned these behaviors should also be gone, as should all HR and other managers who failed to implement the regulations as Congress intended.

Additionally, the board of Wells Fargo has plenty of responsibility to shoulder. The board was not effective, and did not do its job. The directors, who were well paid, did not do enough to recognize improper behavior, implement and monitor compliance or take action.

There is a lot more blame here, and if Wells Fargo is to regain the public trust there need to be many more changes in leadership, and Board composition. It is time for the SEC to dig much deeper into the situation at Wells Fargo, and the leaders complicit in failing to follow the intent of Congress.