The Waltons Are Cashing Out Of Walmart — And You Should Be, Too 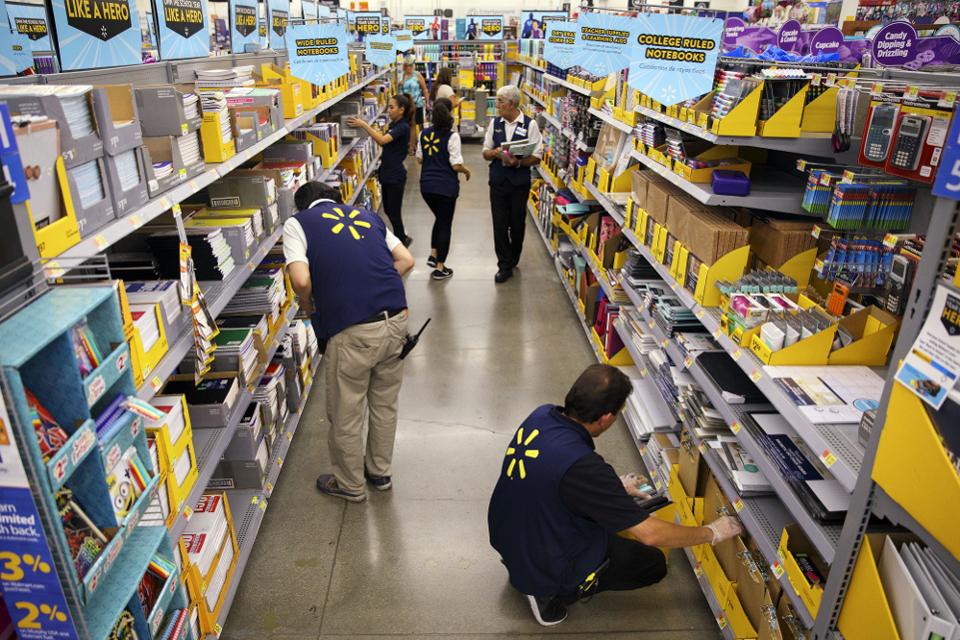 Last week there was a lot of stock market excitement regarding WalMart. After a “favorable” earnings report analysts turned bullish and the stock jumped 4% in one day, WMT’s biggest rally in over a year, making it a big short-term winner.  But the leadership signals indicate WalMart is probably not the best place to put your money.

WalMart is growing about 3%/year.  But leadership acknowledged it was not growing its traditional business in the USA, and only has plans to open 25 stores in the next year.  It hopes to add about 225 internationally, predominantly in Mexico and China, but unfortunately those markets have been tough places for WalMart to grow share and make profits.  And the company has been plagued with bribery scandals, particularly in Mexico.

And, while WalMart touts its 40%+ growth rate on-line, margins online (including the free delivery offer) are even lower than in the traditional Wal-Mart stores, causing the company’s gross margin percentage to decline.  The $11.5 billion on-line revenue projection for next year is up, but it is 2.5% of Walmart’s total, and a mere 7-8% of Amazon’s retail sales.  Amazon remains the clear leader, with 62% of U.S. households having visited the company in the second quarter.  And it is not a good sign that WalMart’s greatest on-line growth is in groceries, which amount to 26% of on-line salesalready.  WalMart is investing in 1,000 additional at-store curb-side grocery pick-uplocations, but this effort to defend traditional store sales is in the products where margins are clearly the lowest, and possibly nonexistent.

It is not clear that WalMart has a strategy for competing in a shrinking traditional brick-and-mortar market where Costco, Target, Dollar General, et.al. are fighting for every dollar.  And it is not clear WalMart can make much difference in Amazon’s giant on-line market lead.  Meanwhile, Amazon continues to grow in valuation with very low profits, even as it grows its presence in groceries with the Whole Foods acquisition.  In the 17 months from May 10, 2016 through October 10, 2017 WalMart’s market cap grew by $24 billion (10%,) while Amazon’s grew by $174 billion (57%.) 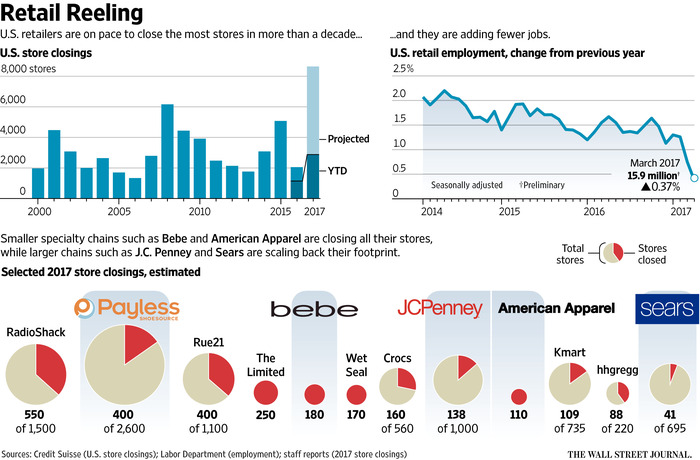 Even after recent gains for WalMart, its market capitalization remains only 53% of its much smaller on-line competitor.  This creates a very difficult pricing problem for WalMart if it has to make traditional margins in order to keep analysts, and investors, happy.

Leadership is not investing to compete, but rather cashing out the business

To understand just how bad this growth problem is, investors should take a look at where WalMart has been spending its cash.  It has not been investing in growing stores, growing sales per store, nor really even growing the on-line business.  From 2007-2016 WalMart spent a whopping $67.3 billion in share buybacks.  That is over 20 times what it spent on Jet.com.  And it was 45% of total profits during that timeframe.  Additionally WalMart paid out $51.2 billion in dividends, which amounted to 34% of profits.  Altogether that is $118.5 billion returned to shareholders in the last decade.  And a staggering 79% of profits.  It shows that WalMart is really not investing in its future, but rather cashing out the company by returning money to shareholders.

“Say on pay” votes are often seen as a measure of how happy investors are with a company.  The average disapproval level on executive pay is 4.3%.  At Target, Macy’s and Kroger the disapproval is 6.1%, 6.3% and 6.9%.  Investors, however, disapprove of the compensation for WalMart’s leaders at a whopping 16.7%; nearly 4x the average and 2.5x its competition.
So very large investors, who control huge voting blocks, recognize that things are not going well at WalMart.  But, because of the enormity of the share buybacks, the Walton family now controls over half of WalMart stock.  That makes it tough for an activist to threaten shaking up the company, and lets the Waltons determine the company’s future.

With WalMart’s announcement last week that it intends to spend another $20 billion on additional share repurchases, the Walton family’s strategy is clear.  They are cashing out the business.  As money comes in they are going to continue spending little on the traditional business, and in no way do they intend to invest at a level to really chase Amazon on-line.

There will be marginal enhancements.  But the vast majority of the money is being returned to them, via $20 billion in share repurchases and $1.5 billion in cash dividends annually.

Amazon spends nothing on share repurchases.  Nor does it distribute cash to shareholders via dividends.  Amazon’s largest shareholder, Jeff Bezos, invests all the company money in new growth opportunities.  These nearly cover the retail landscape, and increasingly are in other growth markets like cloud services, software-as-a-service and entertainment.  Comparing the owners of these companies, quite clearly Bezos has faith in Amazon’s ability to invest money for profitable future growth.  But the Waltons are far less certain about the future success of WalMart, so they are pulling their money off the table, allowing investors to put their money in ventures outside WalMart.

Investing your money, do you think it is better to invest where the owner believes in the future of his company?

Or where the owners are cashing out?