A Bitcoin Is Worth $4,000–Why You Probably Should Not Own One

Even though most people don’t even know what they are, Bitcoins increased in value from about $570 to more than $4,300 — an astounding 750% — in just the last year.  Because of this huge return, more people, hoping to make a fast fortune, are becoming interested in possibly owning some Bitcoins.  That would be very risky.

Bitcoins are a crypto-currency.  That means they can be used like a currency, but don’t physically exist like 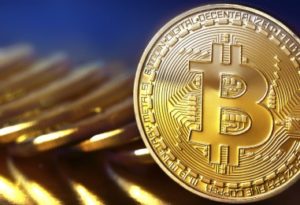 dollar bills.  They are an online currency which can be used to buy things.  They are digital cash that exist as bits on people’s computers.  You can’t put them in a drawer, like dollar bills or gold Krugerrands.  Bitcoins are used to complete transactions – just like any currency.  Even though they are virtual, rather than physical, they are used like cash when transferred between people through the web.

Being virtual is not inherently a bad thing.  The dollars on our financial institution statement, viewed online, are considered real money, even though those are just digital dollars.  The fact that Bitcoins aren’t available in physical form is not really a downside, any more than the numbers on your financial statement are not available as physical currency either. Just like we use credit cards or debit cards to transfer value, Bitcoins can be spent in many locations, just like dollars.

What makes Bitcoins unique, versus other currencies, is that there is no financial system, like the U.S. Federal Reserve, managing their existence and value.  Instead Bitcoins are managed by a bunch of users who track them via blockchain technology.  And blockchain technology itself is not inherently a problem; there are folks figuring out all kinds of uses, like accounting, using blockchain.  It is the fact that no central bank controls Bitcoin production that makes them a unique currency.  Independent people watch who buys and sells, and owns, Bitcoins, and in some general fashion make a market in Bitcoins.  This makes Bitcoins very different from dollars, euros or rupees.  There is no “good faith and credit” of the government standing behind the currency.

Why are currencies different from everything else?

Currencies are sort of magical things.  If we didn’t have them we would have to do all transactions by barter.  Want some gasoline?  Without currency you would have to give the seller a chicken or something else the seller wants.  That is less than convenient.  So currencies were created to represent the value of things.  Instead of saying a gallon of gas is worth one chicken, we can say it is worth $2.50.  And the chicken can be worth $2.50.  So currency represents the value of everything.  The dollar, itself, is a small piece of paper that is worth nothing.  But it represents buying power.  Thus, it is stored value.  We hold dollars so we can use the value they represent to obtain the things we want.

In the 1630s, people in Holland thought of tulip bulbs as stored value.  Tulips were desired, giving tulip bulbs value.  But over time, people acquired tulip bulbs not to plant but rather for the stored value they represented.  As more people bought bulbs, and put them in a drawer, the price was driven higher, until one tulip bulb was worth 10 times the typical annual salary of a Dutch worker — and worth more than entire houses.  People thought the value of tulip bulbs would  go up forever.

But there were no controls on tulip bulb production.  Eventually it became clear that more tulip bulbs were being created, and the value was much, much greater than one could ever get for the tulips once planted and flowered.  Even though it took many months for the value of tulip bulbs to become so high, their value crashed in a matter of two months.  When tulip bulb holders realized there was nobody guaranteeing the value of their tulip bulbs, everyone wanted to sell them as fast as possible, causing a complete loss of all value.  What people thought was stored value evaporated, leaving the tulip bulb holders with worthless bulbs.

While a complete collapse is unlikely, people should approach owning Bitcoins with great caution. There are other risks. Someone could hack the exchange you are using to trade or store Bitcoins. Also, cryptocurrencies are subject to wild swings of volatility, so large purchases or sales of Bitcoin can move prices 30% or more in a single day.

Be an investor, not a speculator, and avoid Bitcoins

There are speculators and traders who make markets in things like Bitcoins.  They don’t care about the underlying value of anything.  All they care about is the value right now, and the momentum of the pricing.  If something looks like it is going up they buy it, simply on the hope they can sell it for more than they paid and take a profit on the trade.  They don’t see the things they trade as having stored value because they intend to spin the transaction very quickly in order to make a fast buck.  Even if value falls they sell, taking a loss.  That’s why they are speculators.

Most of us work hard to put a few dollars, euros, pounds, rupees or other currencies into our bank accounts. Most of those dollars we spend on consumption, buying food, utilities, entertainment and everything else we enjoy.   If we have extra money and want the value to grow we invest that money in assets that have an underlying value, like real estate or machinery or companies that put assets to work making things people want.  We expect our investment to grow because the assets yield a return.  We invest our money for the long-term, hoping to create a nest egg for future consumption.

Unless you are a professional trader, or you simply want to gamble, stay away from Bitcoins.  They have no inherent value, because they are a currency which represents value rather than having value themselves.  The Bitcoin currency is not managed by any government agency, nor is it backed by any government.  Bitcoin values are purely dependent upon holders having faith they will continue to have value.  Right now the market looks a lot more like tulip mania than careful investing.