Apple’s Debacle – Why Growth is All That Matters 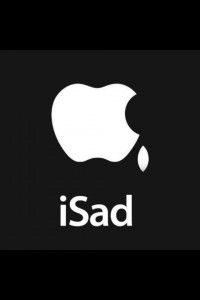 Apple announced earnings for the 4th quarter this week, and the company was creamed.  Almost universally industry analysts and stock analysts had nothing good to say about the company’s reports, and forecast.  The stock ended the week down about 5%, and down a whopping 27.8% from its 52 week high.

Wow, how could the world’s #1 mobile device company be so hammered?  After all, sales and earnings were both up – again!  Apple’s brand is still one of the top worldwide brands, and Apple stores are full of customers.  It’s PC sales are doing better than the overall market, as are its tablet sales.  And it is the big leader in wearable devices with Apple Watch.

Yet, let’s compare the  stock price to earnings (P/E) multiple of some well known companies (according to CNN Money 1/29/16 end of day):

What’s wrong with this picture?  It all goes to future expectations.  Investors watched Apple’s meteoric rise, and many wonder if it will have a similar, meteoric fall.  Remember the rise and fall of Digital Equipment? Wang? Sun Microsystems? Palm? Blackberry (Research in Motion)?  Investors don’t like companies where they fear growth has stalled.

And Apple’s presentation created growth stall fears.  While iPhone sales are enormous (75million units/quarter,) there was little percentage growth in Q4. And CEO Tim Cook actually predicted a sales decline next quarter!  iPod sales took off like a rocket years ago, but they have now declined for 6 straight quarters and there was no prediction of a return to higher sales volumes.  And as for future products, the company seems only capable of talking about Apple Watch, and so far few people have seen any reason to buy one.  Amidst this gloom, Apple presented an unclear story about a future based on services – a market that is at the very least vague, where Apple has no market presence, little experience and no brand position.  And wasn’t that IBM’s story some 2.5 decades ago?

In other words, Apple fed investor’s worst fears.  That growth had stopped.  And usually, like in the examples above, when growth stops – especially in tech companies – it presages a dramatic reversal in sales and profits.  Sales have been known to fall far, far faster than management predicts.  Although Apple has not yet entered a Growth Stall (which is 2 consecutive quarters of declining sales and/or profits, or 2 consecutive quarters  than the previous year’s sales or profits) investors are now worried that one is just around the corner.

Contrast this with Facebook.  P/E – 113.3.  Facebook said ad revenues rose 57%, and net income was up 2.2x the previous year’s quarter.  But what was really important was Facebook’s story about its future:

In other words, the past was great – but the future will be even better.  The short-term result?  FB stock rose 7.4% for the week, and intraday hit a new 52 week high.  Facebook might have seemed like a fad 3 years ago, especially to older folks.  But now the company’s story is all about market trends, and how Facebook is offering products on those trends that will drive future revenue and profit growth.

Amazon may be an even better example of smart communications.  As everyone knows, Amazon makes no profit.  So it sells for an astonishing P/E of 846.9.  Amazon sales increased 22% in Q4, and Amazon continued gaining share of the fast growing, #1 trend in retail — ecommerce.  While WalMart and Macy’s are closing stores, Amazon is expanding and even creating its own logistics system.

Profits were up, but only 2/3 of expectations – ouch!  Anticipating higher sales and earnings announcements the stock had run up $40/share. But the earnings miss took all that away and more as the stock crashed about $70/share!  A wild 12.5% peak-to-trough swing was capped at end of week down a mere 2.5%.

But, Amazon did a great job, once again, of selling its future.  In addition to the good news on retail sales, there was ongoing spectacular growth in cloud services – meaning Amazon Web Services (AWS.)  JPMorganChase, Wells Fargo, Raymond James and Benchmark all raised their future price forecasts after the announcement, based on future performance expectations.  Even analysts who cut their price targets still kept price targets higher than where Amazon actually ended the week.  And almost all analysts expect Amazon one year from now to be worth more than its historical 52 week high, which is 19% higher than current pricing.

So, despite bad earnings news, Amazon continued to sell its growth story.  Growth can heal all wounds, if investors continue to believe.  We’ll see how it plays out, but for now things appear at least stable.

Steve Jobs was, by most accounts, an excellent showman.  But what he did particularly well was tell a great growth story.  No matter Apple’s past results, or concerns about the company, when Steve Jobs took the stage his team had crafted a story about Apple’s future growth.  It wasn’t about cash flow, cash in the bank, assets in place, market share or historical success – boring, boring.  There was an Apple growth story. There was always a reason for investor’s to believe that competitors will falter, markets will turn to Apple, and growth will increase!

Should investors think Apple is without future growth?  Unfortunately, the communications team at Apple last week let investors think so.  It is impossible to believe this is true, but the communicators this week simply blew it.  Because what they said led to nothing but headlines questioning the company’s future.

What should Apple have said?

Tim Cook and the rest of Apple leadership are obviously competent.  But when it comes to storytelling, this week their messaging looked like it was created as a high school communications project.  Growth is what matters, and Apple completely missed the target.  And investors are moving on to better stories – fast.