Sony was once the leader in consumer electronics.  A brand powerhouse who’s products commanded a premium price and were in every home. Trinitron color TVs, Walkman and Discman players, Vaio PCs.  But Sony has lost money for all but one quarter across the last 6 years, and company leaders just admitted the company will lose over $2B this year and likely eliminate its dividend.

McDonald’s created something we now call “fast food.” It was an unstoppable entity that hooked us consumers on products like the Big Mac, Quarter Pounder and Happy Meal. An entire generation was seemingly addicted to McDonald’s and raised their families on these products, with favorable delight for the ever cheery, clown-inspired spokesperson Ronald McDonald.  But now McDonald’s has hit a growth stall, same-store sales are down and the Millenial generation has turned its nose up creating serious doubts about the company’s future.

Radio Shack was the leader in electronics before we really had a consumer electronics category. When we still bought vacuum tubes to repair radios and TVs, home hobbyists built their own early versions of computers and video games worked by hooking them up to TVs (Atari, etc.) Radio Shack was the place to go.  Now the company is one step from bankruptcy.

Sears created the original non-store shopping capability with its famous catalogs. Sears went on to become a Dow Jones Industrial Average component company and the leading national general merchandise retailer with powerhouse brands like Kenmore, Diehard and Craftsman.  Now Sears’ debt has been rated the lowest level junk, it hasn’t made a profit for 3 years and same store sales have declined while the number of stores has been cut dramatically.  The company survives by taking loans from the private equity firm its Chairman controls. 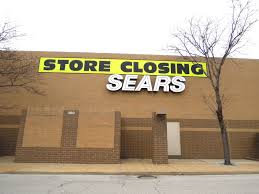 How in the world can companies be such successful pioneers, and end up in such trouble?

Markets shift.  Things in the world change. What was a brilliant business idea loses value as competitors enter the market, new technologies and solutions are created and customers find they prefer alternatives to your original success formula.  These changed markets leave your company irrelevant – and eventually obsolete.

Unfortunately, we’ve trained leaders over the last 60 years how to be operationally excellent.  In 1960 America graduated about the same number of medical doctors, lawyers and MBAs from accredited, professional university programs.  Today we still graduate about the same number of medical doctors every year.  We graduate about 6 times as many lawyers (leading to lots of jokes about there being too many lawyers.)  But we graduate a whopping 30 times as many MBAs.  Business education skyrocketed, and it has become incredibly normal to see MBAs at all levels, and in all parts, of corporations.

The output of that training has been a movement toward focusing on accounting, finance, cost management, supply chain management, automation — all things operational.  We have trained a veritable legion of people in how to “do things better” in business, including how to measure costs and operations in order to make constant improvements in “the numbers.”  Most leaders of publicly traded companies today have a background in finance, and can discuss the P&L and balance sheets of their companies in infinite detail.  Management’s understanding of internal operations and how to improve them is vast, and the ability of leaders to focus an organization on improving internal metrics is higher than ever in history.

But none of this matters when markets shift.  When things outside the corporation happen that makes all that hard work, cost cutting, financial analysis and machination pretty much useless.  Because today most customers don’t really care how well you make a color TV or physical music player, since they now do everything digitally using a mobile device.  Nor do they care for high-fat and high-carb previously frozen food products which are consistently the same because they can find tastier, fresher, lighter alternatives.  They don’t care about the details of what’s inside a consumer electronic product because they can buy a plethora of different products from a multitude of suppliers with the touch of a mobile device button.  And they don’t care how your physical retail store is laid out and what store-branded merchandise is on the shelves because they can shop the entire world of products – and a vast array of retailers – and receive deep product reviews instantaneously, as well as immediate price and delivery information, from anywhere they carry their phone – 24×7.

“Get the assumptions wrong, and nothing else matters” is often attributed to Peter Drucker.  You’ve probably seen that phrase in at least one management, convention or motivational presentation over the last decade.  For Sony, McDonald’s, Radio Shack and Sears the assumptions upon which their current businesses were built are no longer valid.  The things that management assumed to be true when the companies were wildly profitable 2 or 3 decades ago are no longer true.  And no matter how much leadership focuses on metrics, operational improvements and cost cutting – or even serving the remaining (if dwindling) current customers – the shift away from these companies’ offerings will not stop.  Rather, that shift is accelerating.

It has been 80 years since Harvard professor Joseph Schumpeter described “creative destruction” as the process in which new technologies obsolete the old, and the creativity of new competitors destroys the value of older companies. Unfortunately, not many CEOs are familiar with this concept.  And even fewer ever think it will happen to them.  Most continue to hope that if they just make a few more improvements their company won’t really become obsolete, and they can turn around their bad situation.

For employees, suppliers and investors such hope is a weak foundation upon which to rely for jobs, revenues and returns.

According to the management gurus at McKinsey, today the world population is getting older. Substantially so. Almost no major country will avoid population declines over next 20 years, due to low birth rates.  Simultaneously, better healthcare is everywhere, and every population group is going to live a whole lot (I mean a WHOLE LOT) longer.  Almost every product and process is becoming digitized, and any process which can be done via a computer will be done by a computer due to almost free computation. Global communication already is free, and the bandwidth won’t stop growing.  Secrets will become almost impossible to keep; transparency will be the norm.

Are you changing your assumptions, and your business, to compete in the future?  If not, you could soon look at your results and see what the leaders at Sony, McDonald’s, Radio Shack and Sears are seeing today.  That would be a shame.