Will Steve Ballmer Be a Good LA Clippers Leader? 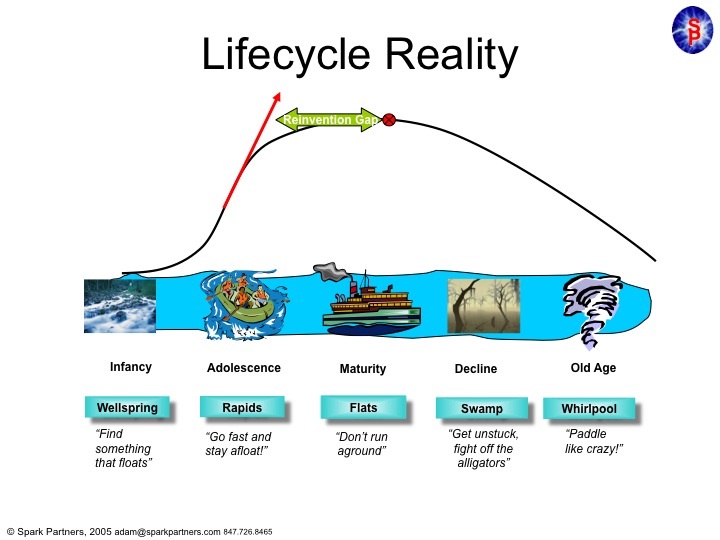 Anyone who reads my column knows I’ve been no fan of Steve Ballmer as CEO of Microsoft.  On multiple occasions I chastised him for bad decisions around investing corporate funds in products that are unlikely to succeed.  I even called him the worst CEO in America.  The Washington Post even had difficulty finding reputable folks to disagree with my argument.

Unfortunately, Microsoft suffered under Mr. Ballmer.  And Windows 8, as well as the Surface tablet, have come nowhere close to what was expected for their sales – and their ability to keep Microsoft relevant in a fast changing personal technology marketplace.  In almost all regards, Mr. Ballmer was simply a terrible leader, largely because he had no understanding of business/product lifecycles. 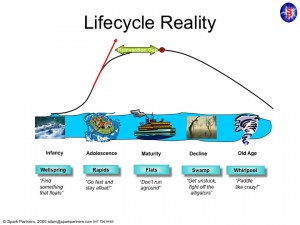 Microsoft was founded by Bill Gates, who did a remarkable job of taking a start-up company from the Wellspring of an idea into one of the fastest growing adolescents of any American company.

Under Mr. Gates leadership Microsoft single-handedly overtook the original PC innovator – Apple – and left it a niche company on the edge of bankruptcy in little over a decade.

Mr. Gates kept Microsoft’s growth constantly in the double digits by not only making superior operating system software, but by pushing the company into application software which dominated the desktop (MS Office.)  And when the internet came along he had the vision to be out front with Internet Explorer which crushed early innovator, and market maker, Netscape.

But then Mr. Gates turned the company over to Mr. Ballmer.  And Mr. Ballmer was a leader lacking vision, or innovation.  Instead of pushing Microsoft into new markets, as had Mr. Gates, he allowed the company to fixate on constant upgrades to the products which made it dominant – Windows and Office.  Instead of keeping Microsoft in the Rapids of growth, he offered up a leadership designed to simply keep the company from going backward.  He felt that Microsoft was a company that was “mature” and thus in need of ongoing enhancement, but not much in the way of real innovation.  He trusted the market to keep growing, indefinitely, if he merely kept improving the products handed him.

As a result Microsoft stagnated.  A “Reinvention Gap” developed as Vista, Windows 7, then Windows 8 and one after another Office updates did nothing to develop new customers, or new markets.  Microsoft was resting on its old laurels – monopolistic control over desktop/laptop markets – without doing anything to create new markets which would keep it on the old growth trajectory of the Gates era.

Things didn’t look too bad for several years because people kept buying traditional PCs.  And Ballmer famously laughed at products like Linux or Unix – and then later at entertainment devices, smart phones and tablets – as Microsoft launched, but then abandoned products like Zune, Windows CE phones and its own tablet.  Ballmer kept thinking that all the market wanted was a faster, cheaper PC.  Not anything really new.

And he was dead wrong.  The Reinvention Gap emerged to the public when Apple came along with the iPod, iTunes, iPhone and iPad.  These changed the game on Microsoft, and no longer was it good enough to simply have a better edition of an outdated technology.  As PC sales began declining it was clear that Ballmer’s leadership had left the company in the Swamp, fighting off alligators and swatting at mosquitos with no strategy for how it would regain relevance against all these new competitors.

So the Board pushed him out, and demoted Gates off the Chairman’s throne.  A big move, but likely too late.  Fewer than 7% of companies that wander into the Swamp avoid the Whirlpool of demise.  Think Univac, Wang, Lanier, DEC, Cray, Sun Microsystems (or Circuit City, Montgomery Wards, Sears.)  The new CEO, Satya Nadella, has a much, much more difficult job than almost anyone thinks.  Changing the trajectory of Microsoft now, after more than a decade creating the Reinvention Gap, is a task rarely accomplished.  So rare we make heros of leaders who do it (Steve Jobs, Lou Gerstner, Lee Iacocca.)

So what will happen at the Clippers?

Critically, owning an NBA team is nothing like competing in the real business world.  It is a closed marketplace.  New competitors are not allowed, unless the current owners decide to bring in a new team.  Your revenues are not just dependent upon you, but are even shared amongst the other teams.  In fact your revenues aren’t even that closely tied to winning and losing.  Season tickets are bought in advance, and with so many games away from home a team can do quite poorly and still generate revenue – and profit – for the owner.  And this season the Indiana Pacers demonstrated that even while losing, fans will come to games.  And the Philadelphia 76ers drew crowds to see if they would set a new record for the most consecutive games lost.

In America the major sports only modestly overlap, so you have a clear season to appeal to fans.  And even if you don’t make it into the playoffs, you still share in the profits from games played by other teams.  As a business, a team doesn’t need to win a championship to generate revenue – or make a profit.  In fact, the opposite can be true as Wayne Huizenga learned owning the Championship winning Florida Marlins baseball team.  He payed so much for the top players that he lost money, and ended up busting up the team and selling the franchise!

In short, owning a sports franchise doesn’t require the owner to understand lifecycles. You don’t have to understand much about business, or about business competition. You are protected from competitors, and as one of a select few in the club everyone actually works together – in a wholly uncompetitive way – to insure that everyone makes as much money as possible.  You don’t even have to know anything about managing people, because you hire coaches to deal with players, and PR folks to deal with fans and media.  And as said before whether or not you win games really doesn’t have much to do with how much money you make.

Most sports franchise owners are known more for their idiosyncrasies than their business acumen.  They can be loud and obnoxious all they want (with very few limits.)  And now that Mr. Ballmer has no investors to deal with – or for that matter vendors or cooperative parties in a complex ecosystem like personal technology – he doesn’t have to fret about understanding where markets are headed or how to compete in the future.

When it comes to acting like a person who knows little about business, but has a huge ego, fiery temper and loves to be obnoxious there is no better job than being a sports franchise owner.  Mr. Ballmer should fit right in.