Why You Do Not Want To Own IBM: Growth Stalls Are Deadly

When I was young, IBM dominated computing. In the tech world, when comparing platforms, everyone said, “Nobody ever got fired for buying IBM.” IBM was a standout role model for sales success, product leadership and investor returns. 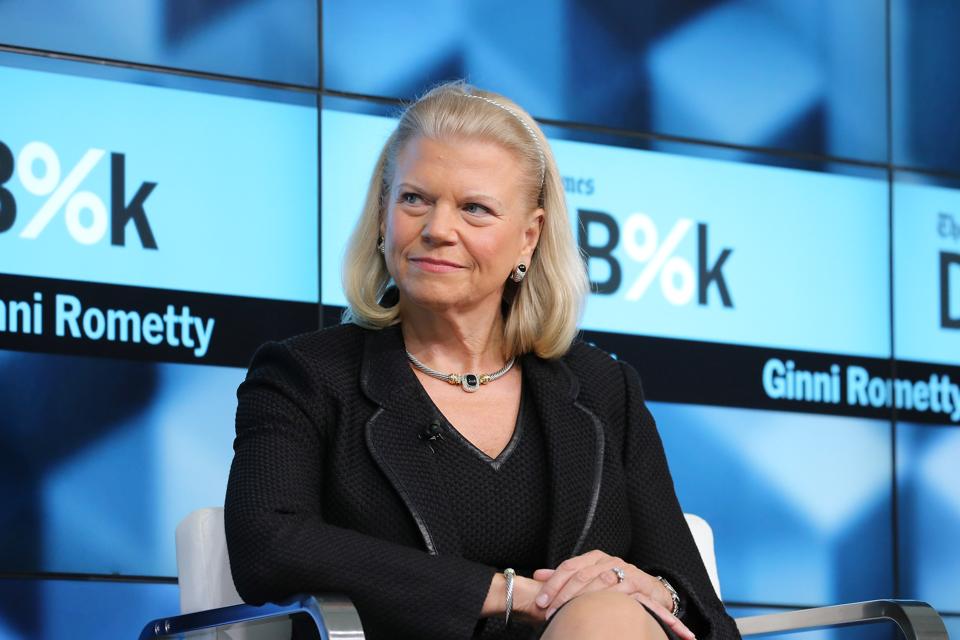 The stock is still up from January 2016 lows of $125, and you might think this pullback is a buying opportunity. But you would be wrong. For long-term investors the stock has fallen from about $194 when CEO Ginni Rometty took control to the recent $160 — a 17.5% decline over five years. And that is after spending $9 billion on payouts (mostly share buybacks) to prop up the stock!

But because of its long-term “growth stall” the odds are almost a certainty things will continue to worsen for IBM. 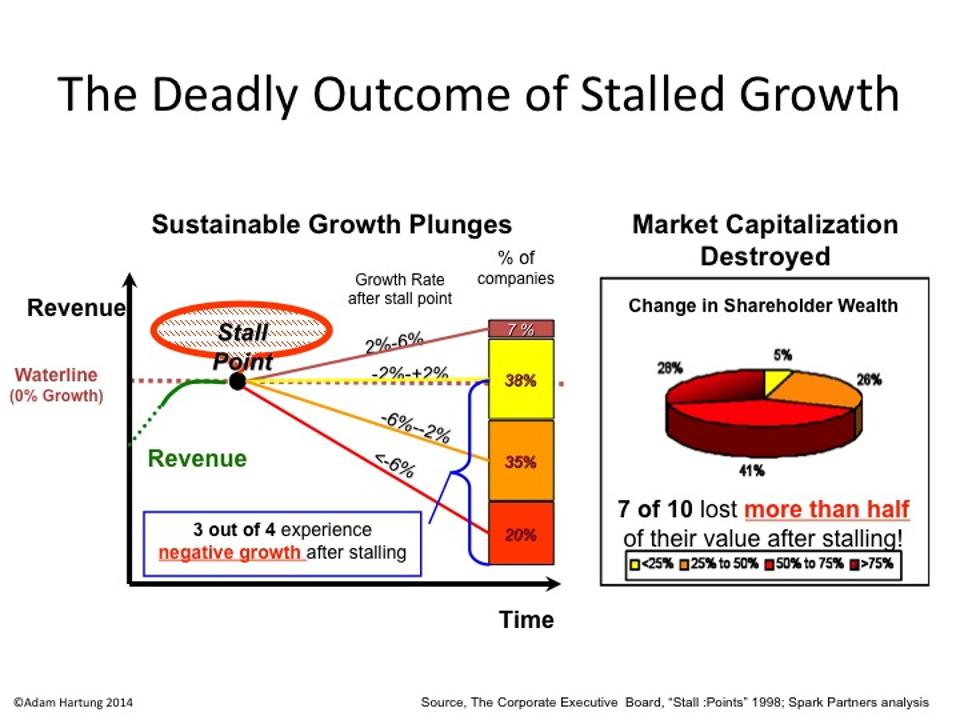 I made this same call, to not own IBM, in May 2014. Then IBM had registered a stall on both the quarter-to-quarter metric, and on the year-over-year quarterly metric. IBM was clearly in a “growth stall” and showed no signs of turning around its fortunes. Now IBM has failed to grow quarterly revenue for five years!

Supported by the company PR and investor relations departments, optimists will claim there is reason to think things will improve. For example, in September 2015 IBM executive John Kelly predicted that Watson would be the next “huge engine” for growth. Today the Cognitive Computing segment that is Watson is about the same size it was then. In fact none of the five IBM segments are showing strong growth.

The reason a “growth stall” is such an accurate predictor of future bad results is its ability, in a very simple way, to describe when a company falls out of step with its customers/marketplace. The market went one way — in this case to mobile apps, mobile devices and cloud computing — while the company remained in outdated businesses and launched competitive offerings too late to catch the early market makers. At IBM, Cognitive has not become a big new market, while the historical Business Services and Systems segments keep shrinking, and Cloud Services is simply out-gunned by competitors like Amazon.

Rometty should be replaced by someone from outside IBM.

Meanwhile, the CEO keeps her job and even achieves pay raises! In 2016 IBM’s stock had dropped 36% since Rometty took the CEO position, yet the board of directors payed out the max bonus, leading the LA Times to headline “IBM’s CEO Writes a New Chapter on How To Turn Failure Into Wealth.” Last year the company share price bounced of its lows, but still far below what it was when she took the job, and in 2017 the Board increased her bonus from 2016! And the CEO will be granted a long-term pay incentive of $13.3 million in June (to be paid in 2020).

Like Immelt at GE, Rometty should be fired. If there were an updated list of the “5 Worst CEO’s Who Should Have Already Been Fired,” CEO Rometty surely deserves to be on it. And a new leader needs to implement an entirely new strategy if IBM is ever to regain its lost glory.

IBM’s stock may bounce around quite a bit. It’s shareholder base is very large. And really big investors, like pension funds and mutual funds, are very slow to dump their positions. But, eventually, everyone realizes that a shrinking company is not a value creation company, and they keep selling shares into any sign of strength. Big investors eventually recognize when a Board is unwilling to actually help lead a company, and unwilling to face down a bad CEO and replace her with someone more competently able to turn around a perennial terrible performer. So they start selling before the bottom falls out — like Sears and AT&T after they were removed from the DJIA.

In IBM’s case, the shares are at about $195 when the first data indicating a growth stall were evident (Q3 2012). They then peaked at $213 in March 2013. And it has been an ugly ride since.  he “bounce” in 2016 from $125 to $180 was actually the best selling opportunity since September 2014 (just after I made the call to get out). At $160, IBM is down about 18% since the growth stall started (largely due to share buybacks) and revenues have kept dropping. According to “growth stall” analysis there is a 69% probability IBM’s shares will fall to $85 per share — or less — before the company fails, or starts a true, long-term recovery under new leadership.