Motorola’s Road to Irrelevancy – Focusing on Its Core 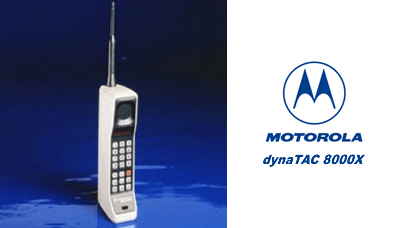 Remember the RAZR phone?  Whatever happened to that company?

Motorola has a great tradition.  Motorola pioneered the development of wireless communications, and was once a leader in all things radio – as well as made TVs.  In an earlier era Motorola was the company that provided 2-way radios (and walkie-talkies for those old enough to remember them) not only for the military, police and fire departments,  but connected taxies to dispatchers, and businesses from electricians to plumbers to their “home office.”

Motorola was the company that developed not only the thing in a customer’s hand, but the base stations in offices and even the towers (and equipment on those towers) to allow for wireless communication to work.  Motorola even invented mobile telephony, developing the cellular infrastructure as well as the mobile devices.  And, for many years, Motorola was the market share leader in cellular phones, first with analog phones and later with digital phones like the RAZR. 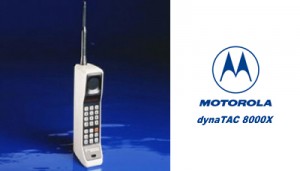 But that was the former Motorola, not the renamed Motorola Solutions of today.  The last few years most news about Motorola has been about layoffs, downsizings, cost reductions, real estate sales, seeking tenants for underused buildings and now looking for a real estate partner to help the company find a use for its dramatically under-utilized corporate headquarters campus in suburban Chicago.

How did Motorola Solutions become a mere shell of its former self?

Unfortunately, several years ago Motorola was a victim of disruptive innovation, and leadership reacted by deciding to “focus” on its “core” markets.  Focus and core are two words often used by leadership when they don’t know what to do next.  Too often investment analysts like the sound of these two words, and trumpet management’s decision – knowing that the code implies cost reductions to prop up profits.

But smart investors know that the real implication of “focusing on our core” is the company will soon lose relevancy as markets advance.  This will lead to significant sales declines, margin compression, draconian actions to create short-term P&L benefits and eventually the company will disappear.

Motorola’s market decline started when Blackberry used its server software to help corporations more securely use mobile devices for instant communications.  The mobile phone transitioned from a consumer device to a business device, and Blackberry quickly grabbed market share as Motorola focused on trying to defend RAZR sales with price reductions while extending the RAZR platform with new gimmicks like additional colors for cases, and adding an MP3 player (called the ROKR.)  The Blackberry was a game changer for mobile phones, and Motorola missed this disruptive innovation as it focused on trying to make sustaining improvements in its historical products.

Of course, it did not take long before Apple brought out the iPhone and with all those thousands of apps changed the game on Blackberry.  This left Motorola completely out of the market, and the company abandoned its old platform hoping it could use Google’s Android to get back in the game.  But, unfortunately, Motorola brought nothing really new to users and its market share dropped to nearly nothing.

The mobile phone business quickly overtook much of the old Motorola 2-way radio business.  No electrician or plumber, or any other business person, needed the old-fashioned radios upon which Motorola built its original business.  Even police officers used mobile phones for much of their communication, making the demand for those old-style devices rarer with each passing quarter.

But rather than develop a new game changer that would make it once again competitive, Motorola decided to split the company into 2 parts.  One would be the very old, and diminishing, radio business still sold to government agencies and niche business applications.  This business was profitable, if shrinking. The reason was so that leadership could “focus” on this historical “core” market.  Even if it was rapidly becoming obsolete.

The mobile phone business was put out on its own, and lacking anything more than an historical patent portfolio, with no relevant market position, it racked up quarter after quarter of losses.  Lacking any innovation to change the market, and desperate to get rid of the losses, in 2011 Motorola sold the mobile phone business – formerly the industry creator and dominant supplier – to Google.  Again, the claim was this would allow leadership to even better “focus” on its historical “core” markets.

But the money from the Google sale was invested in trying to defend that old market, which is clearly headed for obsolescence.  Profit pressures intensify every quarter as sales are harder to find when people have alternative solutions available from ever improving mobile technology.

As the historical market continued to weaken, and leadership learned it had under-invested in innovation while overspending to try to defend aging solutions, Motorola again cut the business substantially by selling a chunk of its assets – called its “enterprise business” – to a much smaller Zebra Technologies.  The ostensible benefit was it would now allow Motorola leadership to even further “focus” on its ever smaller “core” business in government and niche market sales of aging radio technology.

But, of course, this ongoing “focus” on its “core” has failed to produce any revenue growth.  So the company has been forced to undertake wave after wave of layoffs.  As buildings empty they go for lease, or sale.  And nobody cares, any longer, about Motorola.  There are no news articles about new products, or new innovations, or new markets.  Motorola has lost all market relevancy as its leaders used “focus” on its “core” business to decimate the company’s R&D, product development, sales and employment.

Retrenchment to focus on a core market is not a strategy which can benefit shareholders, customers, employees or the community in which a business operates.  It is an admission that the leaders missed a major market shift, and have no idea how to respond.  It is the language adopted by leaders that lack any vision of how to grow, lack any innovation, and are quickly going to reduce the company to insignificance.  It is the first step on the road to irrelevancy.

Straight from Dr. Christensen’s “Innovator’s Dilemma” we now have another brand name to add to the list of those which were once great and meaningful, but now are relegated to Wikipedia historical memorabilia – victims of their inability to react to disruptive innovations while trying to sustain aging market positions – Motorola, Sears, Montgomery Wards, Circuit City, Sony, Compaq, DEC, American Motors, Coleman, Piper, Sara Lee………..