IBM’s Demise – Why You Can Do MUCH Better 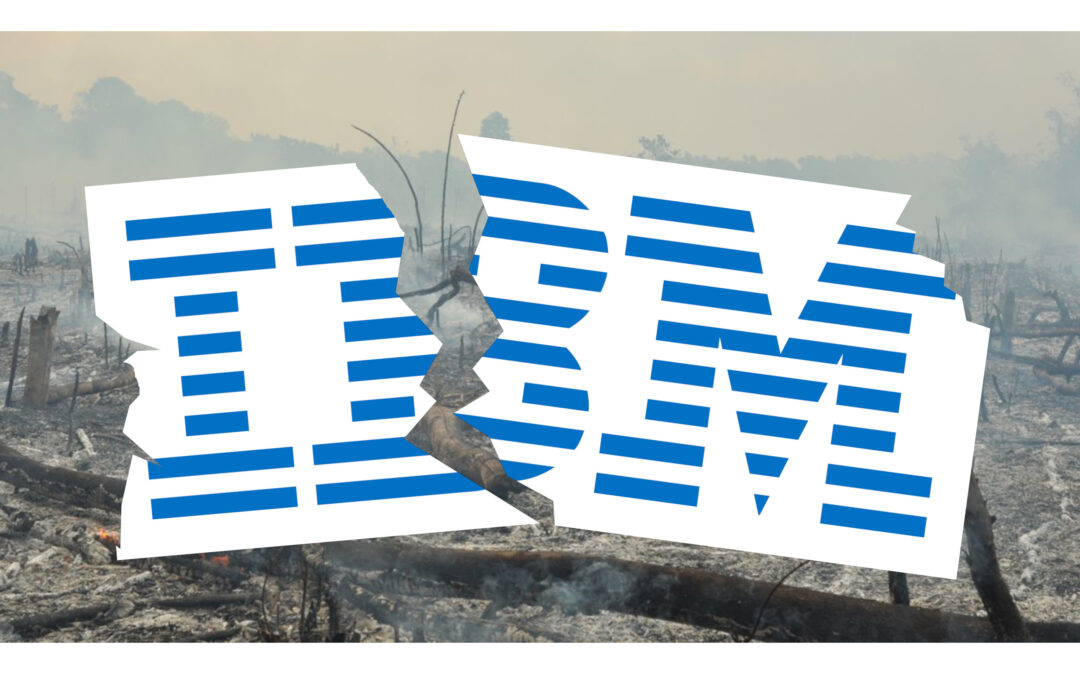 On Friday, January 22, 2021 IBM announced sales and earnings results. Revenues had fallen 6.5%. The stock dropped 11%. IBM alone caused an otherwise up Dow Jones Industrial Average to decline. And, as the NASDAQ rose, largely due to tech stock improvement, IBM was the lone loser. The new CEO, in his role only 1 quarter, predictably asked for more time and investor confidence that the future would look better than the past. Investors justifiably lost confidence a long time ago.

Unfortunately, IBM’s recent performance was just a continuation of its long-term trend. Since 2000, IBM stock has gone nowhere – up a mere 5.7% in 21 years – while Apple (for example) is up some 14,000%. IBM was the 7th largest company on the S&P500 in 1976 when Apple was born. Now Apple’s revenues are 3x IBM’s, and its market capitalization is 20x higher!

A lot of blame must be laid on the former CEO, Virginia (Ginny) Rometty. 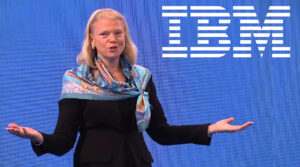 CEO from 2012 to end of 2020, she took home pay of around $35M/year. But during her tenure IBM sales fell in 30 of 34 quarters! Starting shortly after being appointed, IBM suffered 20 consecutive quarters of declining revenues – a remarkably infamous achievement for any CEO!

In 2012, just as Rometty was settling into her new desk, I said Steve Ballmer was the worst CEO in America (link 1). Little did I know he would be replaced with a new CEO that would turn around Microsoft and save the company, while Rometty would replace Ballmer as absolutely the worst CEO in the tech world – and tie herself with Immelt of GE as the worst CEO in all of America.

By 2014, it was clear that Rometty was altogether wrong as CEO, and I told investors to avoid IBM altogether. In 2 years, revenues had begun their declining trend, and she was constantly on the defensive. Instead of investing in cloud computing and other emerging technology solutions, Rometty was selling IBM’s business in China (because we all know that China was not a growth market – except someone forget to tell Apple and Facebook,) and the PC business. Simultaneously Rometty was cutting R&D spending. And she took on more debt. Where was all the money going? Not into growth investments – but rather into stock buybacks where IBM had become the poster child for financial machinations and share manipulation in order to enhance executive bonuses.

Despite IBM bragging about its one-off supercomputers and interesting artificial intelligence uses, there were no new commercial products helping customers build out trends. So IBM partnered with Apple to build “enterprise apps” in iOS in late 2014. This was doomed. IBM brought nothing to this game. IBM was now wholesale saying its development would be on platforms driving revenue growth for Apple – not IBM. IBM was admitting it had a lot of resources (still) and customers, but no idea where the marketplace was headed. So IBM would help Apple grow its user base. This was great for Apple, bad for Microsoft Surface sales, but absolutely horrible for IBM.

So by 2017, IBM was in an irrecoverable Growth Stall. Twenty quarters into the job, and twenty quarters of declining sales meant IBM was in a Growth Stall which predicted a horrible future. But despite the horrific sales and earnings performance, and the resulting horrific stock performance which in no way kept up with the overall market or industry leaders, Rometty was being granted ever more compensation by a ridiculously out of touch Board of Directors. She was being rewarded for manipulating the financials, not running a good business. She clearly needed to be fired. I said so, and told investors not to expect any gains as IBM continued to shrink.

By 2018, even the most long-term of long-term investors, Warren Buffet of Berkshire Hathaway, had given up on Rometty and IBM. As I said then the writing was on the wall by 2014, so why it took him so long was hard to understand. But it was quite clear, falling revenues would lead to lower valuations, regardless how much effort CEO Rometty put into “managing earnings.” The big shock was it took the Board 2 more years to finally get rid of her — one of the 2 worst performing CEOs in American’ capitalism.

Why do I bring up all these old blogs of mine? First, to demonstrate that it IS possible to make accurate business predictions. It is straightforward, once the key trends are identified, to  see what companies are building out trends, and which are not. Those who ignore trends are doomed to do poorly, and you don’t want to own their stock. If you are running your business looking internally, and thinking about how to squeeze out a few more dimes of cost you are NOT doing the right thing. You must look externally and build on trends to GROW YOUR REVENUE!

2nd, I have long preached that the #1 indicator of companies that are likely to succeed or fail lies in charting revenue growth. If revenues aren’t growing at 8-10%/year, then as an investor or company leader you need to worry. The company isn’t keeping up with inflation and general economic activity. Too few CEOs (and investors) pay enough attention to revenues. They are happy with lackluster sales while paying too much attention to expenses and managing earnings. That is never a winning strategy. If you don’t grow revenues you can’t grow cash.

3rd, you must consistently invest in innovation and new solutions that build on trends. All solutions become obsolete over time. It is imperative to constantly invest in new products, new offerings, that build on trends in order to keep revenues flowing your way. No company can succeed long unless it invests in innovation to keep itself current, and relevant with customers.

Along with Steve Ballmer and Jeffrey Immelt, Virginia Rometty will go down in history as one of the worst CEOs of this era. Like Immelt’s crushing of GE, Rometty led the demise of the once mighty IBM. You can do better. Keep your eyes on trends, focus on revenues and never stop innovating.

Do you know your Value Proposition? Can you clearly state that Value Proposition without any linkage to your Value Delivery System? If not, you better get on that pretty fast. Otherwise, you’re very likely to end up like encyclopedias and newspaper companies. Or you’ll develop a neat technology that’s the next Segway. It’s always know your customer and their needs first, then create the solution. Don’t be a solution looking for an application. Hopefully Uber and Aurora will both now start heading in the right directions.