How The ‘Amazon Effect’ Will Change Your Life And Investments 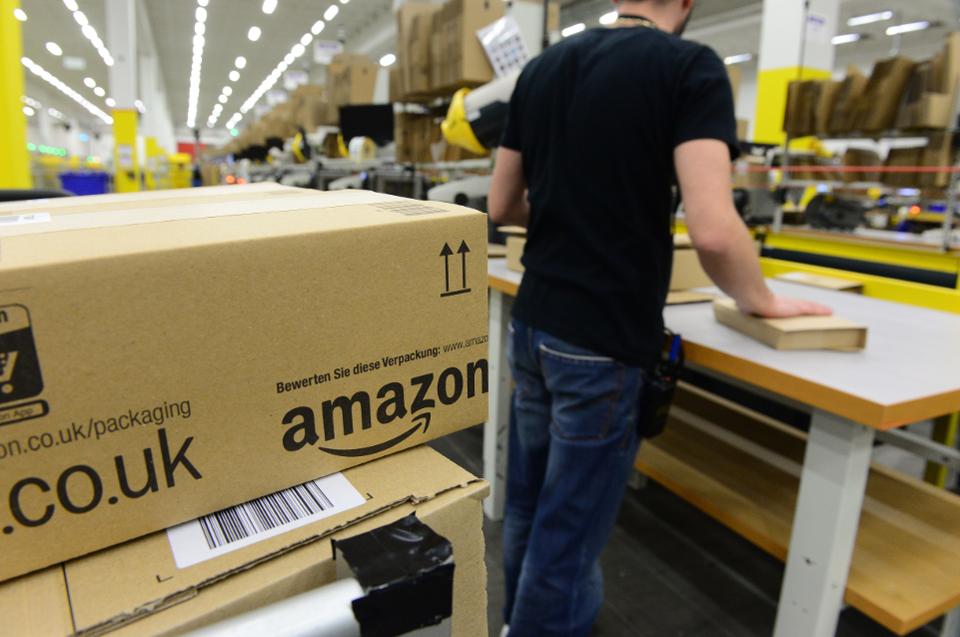 Amazon.com has become an important part of the American economy, and the lives of people globally.  But, far too few people still understand the repercussions of Amazon’s success on retailers, consumer goods manufacturers, real estate – and ultimately everyone’s lives. The implications are enormous.  Smart leaders, and investors, will plan for these implications and take advantage of the market shift.

The first implication is just thinking about investing in Amazon and/or its competitors in retail. In May, 2016 I compared the market value of Wal-Mart, the world’s largest retailer, with Amazon. At the time Wal-Mart was worth $216 billion, and Amazon was worth $332 billion. The difference could be explained by realizing that Wal-Mart was the leader at brick-and-mortar sales, which were shrinking, while Amazon was the leader in e-commerce, which is growing. Since then Wal-Mart’s value has increased to $222 billion – up $6 billion, 2.8%. Meanwhile Amazon’s value has increased to $403 billion- up $71 billion, 21.4%. Over three years (starting 3/3/14) Wal-Mart’s per share value has declined from $74 to $71 (down 4%,) while Amazon’s has risen from $370 to $845 (up 128%.)

To put it mildly, investing in Amazon, which is the leader in e-commerce, has created a great return.  Contrastingly that value increase has been fueled by declines in traditional retailers. The Amazon Effect has caused shares in companies like Sears Holdings, JCPenney, Kohl’s, Macy’s and many other stalwarts of the bygone era to be crushed. Over the last year investors in XRT (the retail industry spider) have increased 1.6%, while the S&P 500 spider has jumped 22%. The number of retailers with debt rated at Moody’s most distressed level has tripled since 2009 – and Moody’s predicts this list will worsen over the next five years.

Due to the Amazon Effect, the entire brick-and-mortar retail industry is slowly shutting down.  JCPenney is closing 140 stores (14%,) Macy’s is closing 100 stores (15%,) Sears is closing 150 stores (15%,) HHGregg is closing 88 (40%) as it prepares for bankruptcy and CVS is closing 70 stores. Kohl’s is planning to shrink the size of almost all its stores to reflect lower sales.  Every year the list of store closings, and bankruptcies, lengthens.  It is already evident that our ability, as consumers, to “run to the store” for something is being impacted by fewer stores and shrinking merchandise availability.

There is vastly too much retail space, and nobody knows what to do with it.

And this has an impact on real estate.  As online sales come to over 11% of all holiday sales in 2016, and Amazon accounts for 40% of all those sales, it is clear people just don’t go to stores any more anywhere near the way they once did. Historically prime retail real estate was considered valuable – and in 2007 many people thought Sears real estate was worth more than Sears as a retailer.  But no longer.  According to Morningstar, Sears store closings alone could cause 200 malls to close.

It is apparent the Amazon Effect has left America with far more storefronts than needed. Stand-alone stores are being shuttered, with no alternative use for most buildings. Malls and shopping centers go begging as traffic drops, tenants leave, lease rates collapse and the facilities end up wholly or nearly empty. This means you don’t want to invest in retail real estate REITs.  But it also means that neighborhoods, and sometimes entire towns, will be impacted as these empty buildings reduce interest in housing and push down residential prices.

Tax receipts will fall, and nobody knows how to replace them.

For a long time governments gave handouts to retailers in the form of tax breaks to build stores or locate their headquarters.  But as stores close the property tax receipts decline, putting a greater burden on homeowners to pay for schools and infrastructure. Same with sales taxes which disappear from the local government coffers. And tax breaks once given to hold onto jobs – like the ones the village of Hoffman Estates and state of Illinois, gave Sears in 2011 to not move its headquarters, look far less justified.  In short, the Amazon Effect has an enormous impact on the local tax base – and those missing dollars will inevitably have to come from residents – or a significant curtailing of services.

The impact on job eliminations will be staggering.

The Amazon Effect also has an impact on jobs.  Amazon’s growth keeps escalating, from 19% in 2014 to 20% in 2015 to 28% in 2016, which takes the jobs away from traditional retailers.  Macy’s plans to shed 10,000 workers as it shrinks and streamlines. JCPenney will eliminate 6,000 employees via early retirement completely separate from its store closings, and HHGregg is shedding 1,500 jobs as stores close.  And thousands more are being lost across traditional retail in stores, supply chain positions and headquarters facilities.

Traditional retail employs about 16.5 million Americans – nearly 10% of the entire workforce. 6.2 million are in the prime product lines targeted by e-commerce (GAFO – General, Apparel, Furniture and Other.)  The Amazon Effect will continue to eliminate these positions. Over the next five years it is not unlikely that the decline of brick-and-mortar will cause 16% of GAFO jobs to disappear, which is almost 1 million  jobs.  Simultaneously this could easily cause 10% of the non-GAFO jobs (10.3 million) to disappear – which is another 1 million. This likely scenario would cause the loss of 2 million jobs in just five years, which is the entirety of all lost manufacturing jobs to China. The Trump administration has more employment concerns to face than just the return of manufacturing.

The Amazon Effect is changing grocery shopping, without even being a major competitor in that sector.  Because Wal-Mart has lost so much general merchandise sales to e-commerce, the company has amped up grocery sales – which are now 56% of total revenue. To continue growing groceries Wal-Mart is undertaking a massive price war pitting itself against the long-running low cost grocer Aldi.  This is creating even more intense profit pressure on Wal-Mart, which last year saw gross margins drop by eight points, as net income fell 18%. Such intense price competition is creating the need for even more cost cutting among all grocers – which means investors beware – and we can expect even more job cutting as the spiral downward continues.

Consumer Goods manufacturers, and their suppliers, will be stressed.

Of course this pushes the Amazon Effect onto consumer goods companies that supply grocery retailers. Wal-Mart has held meetings with P&G, Unilever, Conagra, Coca-Cola and other big name companies demanding across-the-board 15% price reductions at wholesale. And Wal-Mart expects these suppliers to help Wal-Mart beat its head-to-head competitors on price 8o% of the time. This will cause consumer goods manufacturers to cut their own costs, including jobs, as well as pressure their raw material suppliers to further reduce their costs – leading to an ongoing spiral of cost cutting, job eliminations and additional pressures for change.

The internet gave us e-commerce, and that birthed Amazon.com. Few predicted the enormous implications this would have on retail, and society. Every single American is affected by the Amazon Effect, which is now inescapable. The only remaining question is whether your business, your government leaders and you are planning for this and preparing for the inevitable changes which will continue coming?