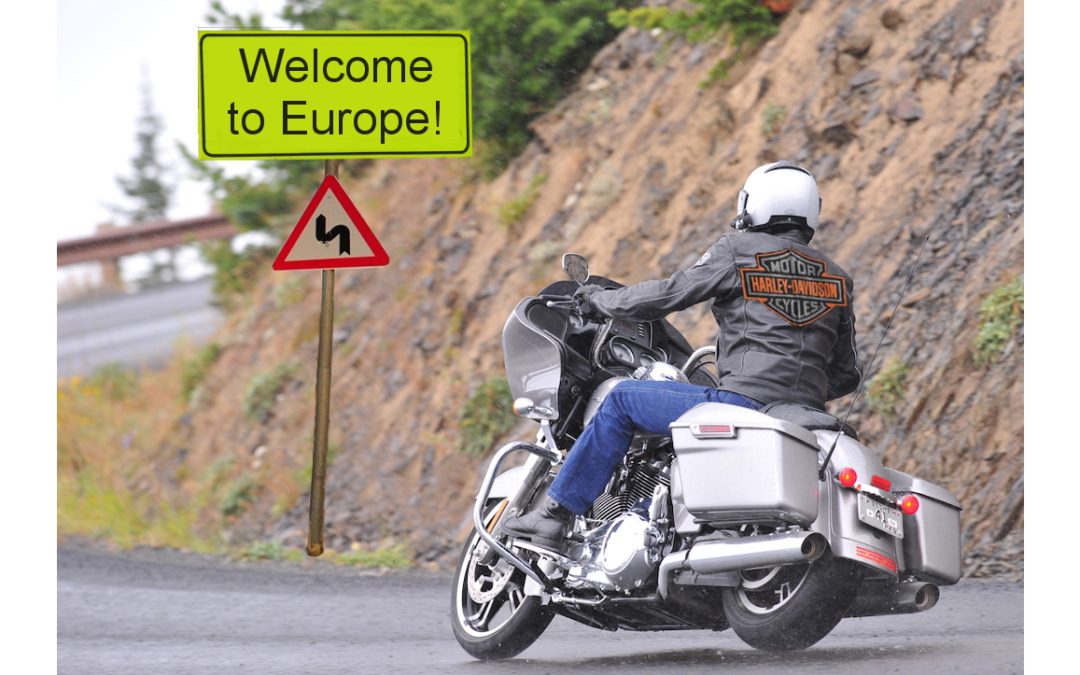 On Monday, Harley Davidson, America’s leading manufacturer of motorcycles, announced it was going to open a plant in Europe.

Ostensibly this is to counter tariffs the EU will be imposing on its products if imported from the USA. President Trump reacted vociferously on Tuesday, threatening much bigger taxes on Harley if it brings to the USA any parts or motorcycles from its offshore plants in Brazil, Australia, India or Thailand. He also intimated that Harley Davidson was likely to collapse.

Lots of heat, not much light. The issues for Harley Davidson are far worse than an EU tariff.

Harley Davidson has about 1/3 of the US motorcycle market. But in “heavy motorcycles,” those big bikes that are heavier and generally considered for longer riding, Harley has half the market. Which sounds great, until you realize that until the 1970s, Harley had 100% of that market. Ever since then, Harley has been losing share – to imports and to its domestic competitor Polaris.

It was 2006 when I first wrote about Harley Davidson’s big demographic problem. Basically, its customers were all aging. Younger people were buying other motorcycles, so the “core” Harley customer was getting older every year. From mid-30s in the 1980s, by the year 2000 the average buyer was well into their mid-40s. In 2007, I pointed out that Harley had made a stab at changing this dynamic by introducing a new motorcycle with an engine made by Porsche, and a far more modern design (the V-Rod.) But Harley wasn’t committed to building a new customer base, so when dealers complained that the V-Rod “wasn’t really a Harley” the company backed off the marketing and went back to all its old ways of doing business.

Simultaneously, Harley Davidson motorcycle prices were rising faster than inflation, while Japanese manufacturers were not. Thus, as I also pointed out in 2007, it was struggling to maintain market share. Slower sales caused a lay-off that year, and despite the brand driving huge sales of after-market products like jackets and T-shirts, which had grown as big as bike sales, it was unclear how Harley would slow the aging of its customer base and find new, younger buyers. Harley simply eschewed the trend toward selling smaller, lighter, cheaper bikes that had more appeal to more people – and in more markets.

Globally, the situation is far more bleak than the USA. America has one of the lowest motorcycle ridership percentages on the globe. Americans love cars. But in more congested countries like across Europe or Japan and China, and in much poorer countries like India, Korea, and across South America motorcycles are more popular than automobiles. And in those countries Harley has done poorly. Because Harley doesn’t even have the smaller 100cc,200cc, 400cc and 600cc bikes that dominate the market. For example, in 2006 (I know, old, but best data I could find) Harley Davidson sold 349,200 bikes globally. Honda sold 10.3 million. Yamaha sold 4.4 million. Even Suzuki sold 3.1 million – or 10 times Harley’s production.

But, being as fair as possible, let’s focus on Europe – where the new Harley plant is to be built. And let’s look exclusively at “heavy motorcycles” (thus excluding the huge market in which Harley has no products.) In 2006, Harley was 6th in market share. BMW 16%, Honda 15%, Yamaha 15%, Suzuki 15%, Kawasaki 11% and Harley Davidson 9%. Wow, that is simply terrible.

Clearly, Harley has already become marginalized globally. Outside the USA, Harley isn’t even relevant. The Japanese and Germans have been much more successful everywhere outside the USA, and every one of those other markets is bigger than the USA. Harley was simply relying on its core product (big bikes) in its core market (USA) and seriously failing everywhere else.

Oh, but even that story isn’t as good as it sounds. Because in the USA sales of Harley motorcycles has been declining for a decade! Experts estimate that every year which passes, Harley’s customer base ages by 6 months. The average rider age is now well into their 50s. Since Q3, 2014 Harley’s sales growth has been negative! In Q2 and Q3 2017 sales declines were almost 10%/quarter!

As its customer demographic keeps working against it, new customers for big bikes are buying BMWs from Germany – and Victory and Indian motorcycles made by Polaris, out of Minnesota (Polaris discontinued the Victory brand end of 2017.) BMW sales have increased for 7 straight quarters, and their European sales are growing stronger than ever – directly in opposition to Harley’s sales problems. Every quarter Indian is growing at 16-20%, taking all of its sales out of Harley Davidson USA share.

Going back to my 2016 column, when I predicted Harley was in for a hard time. Shares hit an all-time high in 2006 of $75. They have never regained that valuation. They plummeted during the Great Recession, but bailout funds from Berkshire Hathaway and the US government saved Harley from bankruptcy. Shares made it back to $70 by 2014, but fell back to $40 by 2016. Now they are trading around $40. Simply put, as much as people love to talk about the Harley brand, the company is rapidly becoming irrelevant. It is losing share in all markets, and struggling to find new customers for a product that is out-of-date, and sells almost exclusively in one market. Its move to manufacture in Europe is primarily a Hail-Mary pass to find new sales, paid for by corporate tax cuts in the USA and tariff tax avoidance in Europe.

But it won’t likely matter. Like I said in 2006, Harley Davidson is a no-growth story, and that’s not a story where anyone should invest.