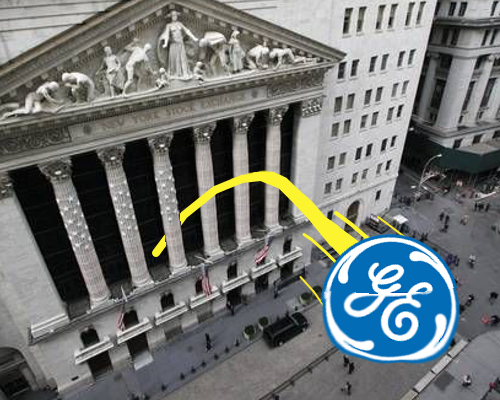 An American epoch has ended. General Electric was part of the first ever Dow Jones Index in 1896. When the Dow Jones Industrial Average was formed in 1907 GE was a participant. GE has been the only company to remain on the index. All other original companies long ago completely disappeared.

GE did so well because its leadership had been able to constantly change the company to keep it relevant, and growing. During the century prior to hiring Jeff Immelt as CEO GE went from light bulbs to generating electricity and making all kinds of electrical infrastructure equipment, electric locomotives, mainframe computers, medical equipment, computer services, financial services, entertainment…. The list is very long.

Although not all GE CEOs were great, the Board was able to place CEOs in office who could sense market shifts and make good decisions. GE leadership thoughtfully analyzed markets, and made investment decisions to sell businesses that were not growing. And they made investment decisions to invest in trends which created growth. One of the best of these was Jack Welch, who developed the nickname “Neutron Jack” for his willingness to jettison businesses that were not growing and leading their industry, while willingly investing in entirely new growth markets where trends showed high rates of return like financial services and entertainment – wildly “non-industrial” markets.

But CEO Immelt was completely tone-deaf to the outside world. He was wholly unable to understand how to lead a team that could make good investments. Instead under Immelt’s leadership GE over-invested in historical products where they were losing advantage but trying to “keep up.” Selling businesses that were growing but faced stiff competition, rather than investing in growth. And refusing to invest in new external growth opportunities that could keep revenues increasing – and drive a higher GE market capitalization.

All the way back in 2009 I pointed out that GE was in a Growth Stall, and had only a 7% chance of consistently growing at 2%. I warned investors. At the time I said GE had to go all-out on a growth strategy, or things would turn ugly. But a lot of investors, employees – and apparently the Board of Directors – were ready to blame the Growth Stall on the economy. And blame it on Welch, who had been gone for 8 years. And say GE was lucky Immelt saved the company from bankruptcy with a loan from Warren Buffett’s Berkshire Hathaway.

Say what? Saved the company? Why did Immelt, and the Board, let GE get into such terrible shape? It was time to replace the CEO, not double down on his failed strategy.

Six years ago, May, 2012, I published in Forbes “5 CEOs that Should Have Already Been Fired.” At the time I said Immelt was the 4th worst CEO in America. I cited the 2009 column, and pointed out things really weren’t any better in 2012 than in 2009. That column had well over 1million reads. There was no way GE’s board was not aware of the column, and the realization that Immelt was a horrible CEO.

The Board of #3 (Walmart) fired Mike Duke. And the Board of #1 (Microsoft) fired Steve Ballmer. There is no real board at #2 Sears (which will file bankruptcy soon enough) because the CEO is also the largest shareholder (via his hedge fund) and he controls all board decisions. He should have fired himself, but had too much ego. But the board of GE – well it did nothing. Even though GE almost went bankrupt under Immelt, and its value was being destroyed quarter after quarter it left him in place.

I revisited the performance of these five CEOs and their companies in August, 2014 and reminded hundreds of thousands of readers – which I’m sure included GE’s Board of Directors – that company revenues had declined every year since 2009. And this string of failures had caused the company’s value to decline by 2/3. Yet, the board did nothing to replace this horrific CEO.

By March, 2017 I was so exasperated I finally titled my column “GE Needs a New Strategy and a New CEO.” Again, I detailed all the things that went wrong. It took 7 more months before the Board pushed Immelt out. But the new CEO failed to offer a better strategy, continuing to promote the notion of selling businesses to raise cash to “fix” the broken businesses – without identifying any growth strategy at all.

The only thing that can “fix” GE – save it from being dismembered and sold off – is a growth strategy. I offered how the new CEO could undertake this effort in October, 2017. But the Board, still wholly incompetent, still isn’t listening. Nobody should be surprised that GE is now removed from the Dow, and the new CEO is clearly without a clue how to find a path back to relevancy.

Too bad for investors, employees, suppliers, customers and the communities where the GE businesses reside. This didn’t have to happen. But due to an incompetent Board of Directors, which did nothing to properly govern an incompetent CEO, it did. And there’s little doubt it won’t be long before GE meets the same end as DuPont.