Five Worst CEOs Revisited – How Many Jobs Did They Create this Labor Day? 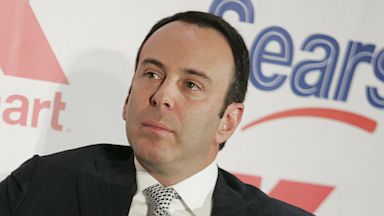 It’s Labor Day, and a time when we naturally think about our jobs.

When it comes to jobs creation, no role is more critical than the CEO.  No company will enter into a growth phase, selling more product and expanding employment, unless the CEO agrees.  Likewise, no company will shrink, incurring job losses due to layoffs and mass firings, unless the CEO agrees.  Both decisions lay at the foot of the CEO, and it is his/her skill that determines whether a company adds jobs, or deletes them. 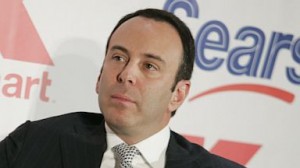 Over 2 years ago (5 May, 2012) I published “The 5 CEOs Who Should Be Fired.”  Not surprisingly, since then employment at all 5 of these companies has lagged economic growth, and in all but one case employment has shrunk.  Yet, 3 of these CEOs remain in their jobs – despite lackluster (and in some cases dismal) performance. And all 5 companies are facing significant struggles, if not imminent failure.

In 2012 it was clear that the market shift to public networks and cloud computing was forever changing the use of network equipment which had made Cisco a modern growth story under long-term CEO Chambers.  Yet, since that time there has been no clear improvement in Cisco’s fortunes.  Despite 2 controversial reorganizations, and 3 rounds of layoffs, Cisco is no better positioned today to grow than it was before.

Increasingly, CEO Chambers’ actions reorganizations and layoffs look like so many machinations to preserve the company’s legacy rather than a clear vision of where the company will grow next.  Employee morale has declined, sales growth has lagged and although the stock has rebounded from 2012 lows, it is still at least 10% short of 2010 highs – even as the S&P hits record highs.  While his tenure began with a tremendous growth story, today Cisco is at the doorstep of losing relevancy as excitement turns to cloud service providers like Amazon.  And the decline in jobs at Cisco is just one sign of the need for new leadership.

When CEO Immelt took over for Jack Welch he had some tough shoes to fill.  Jack Welch’s tenure marked an explosion in value creation for the last remaining original Dow Jones Industrials component company.  Revenues had grown every year, usually in double digits; profits soared, employment grew tremendously and both suppliers and investors gained as the company grew.

But that all stalled under Immelt.  GE has failed to develop even one large new market, or position itself as the kind of leading company it was under Welch.  Revenues exceeded $150B in 2009 and 2010, yet have declined since.  In 2013 revenues dropped to $142B from $145B in 2012.  To maintain revenues the company has been forced to continue selling businesses and downsizing employees every year.  Total employment in 2014 is now less than in 2012.

Yet, Mr. Immelt continues to keep his job, even though the stock has been a laggard.  From the near $60 it peaked at his arrival, the stock faltered.  It regained to $40 in 2007, only to plunge to under $10 as the CEO’s over-reliance on financial services nearly bankrupted the once great manufacturing company in the banking crash of 2009.  As the company ponders selling its long-standing trademark appliance business, the stock is still less than half its 2007 value, and under 1/3 its all time high.  Where are the jobs?  Not GE.

Mr. Duke has left Wal-Mart, but not in great shape.  Since 2012 the company has been rocked by scandals, as it came to light the company was most likely bribing government officials in Mexico.  Meanwhile, it has failed to defend its work practices at the National Labor Relations Board, and remains embattled regarding alleged discrimination of female employees.  The company’s employment practices are regularly the target of unions and those supporting a higher minimum wage.

The company has had 6 consecutive quarters of declining traffic, as sales per store continue to lag – demonstrating leadership’s inability to excite people to shop in their stores as growth shifts to dollar stores.  The stock was $70 in 2012, and is now only $75.60, even though the S&P 500 is up about 50%.  So far smaller format city stores have not generated much attention, and the company remains far behind leader Amazon in on-line sales.  WalMart increasingly looks like a giant trapped in its historical house, which is rapidly delapidating.

One big question to ask is who wants to work for WalMart?  In 2013 the company threatened to close all its D.C. stores if the city council put through a higher minimum wage.  Yet, since then major cities (San Francisco, Chicago, Los Angeles, Seattle, etc.) have either passed, or in the process of passing, local legislation increasing the minimum wage to anywhere from $12.50-$15.00/hour.  But there seems no response from WalMart on how it will create profits as its costs rise.

Nine straight quarterly losses.  That about says it all for struggling Sears.  Since the 5/2012 column the CEO has shuttered several stores, and sales continue dropping at those that remain open.  Industry pundits now call Sears irrelevant, and the question is looming whether it will follow Radio Shack into oblivion soon.

CEO Lampert has singlehandedly destroyed the Sears brand, as well as that of its namesake products such as Kenmore and Diehard.  He has laid off thousands of employees as he consolidated stores, yet he has been unable to capture any value from the unused real estate.  Meanwhile, the leadership team has been the quintessential example of “a revolving door at headquarters.”  From about $50/share 5/2012 (well off the peak of $190 in 2007,) the stock has dropped to the mid-$30s which is about where it was in its first year of Lampert leadership (2004.)

Without a doubt, Mr. Lampert has overtaken the reigns as the worst CEO of a large, publicly traded corporation in America (now that Steve Ballmer has resigned – see next item.)

In 2013 Steve Ballmer resigned as CEO of Microsoft.  After being replaced, within a year he resigned as a Board member.  Both events triggered analyst enthusiasm, and the stock rose.

However, Mr. Ballmer left Microsoft in far worse condition after his decade of leadership.  Microsoft missed the market shift to mobile, over-investing in Windows 8 to shore up PC sales and buying Nokia at a premium to try and catch the market.  Unfortunately Windows 8 has not been a success, especially in mobile where it has less than 5% share.  Surface tablets were written down, and now console sales are declining as gamers go mobile.

As a result the new CEO has been forced to make layoffs in all divisions – most substantially in the mobile handset (formerly Nokia) business – since I positioned Mr. Ballmer as America’s worst CEO in 2012.  Job growth appears highly unlikely at Microsoft.

“CEOs – From Makers to Takers”

Forbes colleague Steve Denning has written an excellent column on the transformation of CEOs from those who make businesses, to those who take from businesses.  Far too many CEOs focus on personal net worth building, making enormous compensation regardless of company performance.  Money is spent on inflated pay, stock buybacks and managing short-term earnings to maximize bonuses.  Too often immediate cost savings, such as from outsourcing, drive bad long-term decisions.

CEOs are the ones who determine how our collective national resources are invested.  The private economy, which they control, is vastly larger than any spending by the government. Harvard professor William Lazonick details how between 2003 and 2012 CEOs gave back 54% of all earnings in share buybacks (to drive up stock prices short term) and handed out another 37% in dividends.  Investors may have gained, but it’s hard to create jobs (and for a nation to prosper) when only 9% of all earnings for a decade go into building new businesses!

There are great CEOs out there.  Steve Jobs and his replacement Tim Cook increased revenues and employment dramatically at Apple.  Jeff Bezos made Amazon into an enviable growth machine, producing revenues and jobs.  These leaders are focused on doing what it takes to grow their companies, and as a result the jobs in America.

It’s just too bad the 5 fellows profiled above have done more to destroy value than create it.