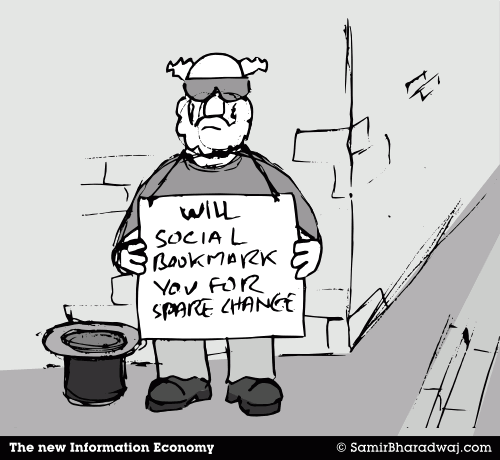 “As goes GM, so goes the Nation” is attributed to Charles Wilson, CEO of GM, in Congressional hearings 1953.  His viewpoint was that GM was so big, and so important, that the country’s economic fortunes were inherently dependent on a robust General Motors.

And this was not so far fetched in the Industrial era.  1940s-1960s America was a manufacturing king.  Following WWII industrial products dominated the economy, and post-war U.S. manufacturers made products sold around the world as other economies rebuilt and recovered, or just started emerging.  With manufacturing the jobs and economic value creator, and GM the largest manufacturer and non-government employer of its time, what was good for GM was generally good for America.

But that tie has clearly broken.  GM filed bankruptcy in the summer of 2009.  From 2007 to 2009 American employment fell from 121.5M to just over 110M. Last month jobs rose by 271,000, pushing employment to a fully recovered 122M jobs.  However, GM and its manufacturing partners have struggled to recover, as this economic expansion has largely left them behind.

We’ve seen a wild shift in the country’s economic base.  In 1900 America was an agrarian economy.  Over half the population lived on farms.  Fully 9 out of 10 working people had a job related to agriculture and food production.  But automation changed this dramatically.  By 2010, fewer than 1 in 100 people worked in farming or agriculture.  Farm incomes are at a 9 year low, and the future direction is downward.  Rural towns have disappeared as people moved to cities, concentrating over half the nation’s wealth in just its 20 largest cities.

But we’re no longer an industrial economy.  Just as the agrarian economy vanished, so too is the manufacturing economy.  Manufacturing jobs have been declining since 1970, and by 2010 they represent only 13% of workers and 15% of the country’s GDP (Gross Domestic Product).

By 2000 we had started the shift from an industrial to an information economy.  Digital bits replaced machines as the source of wealth creation.  By 2010 it was services, and the huge growth in digital services, that caused the jobs recovery.  Services now represent 84% of all jobs, and 82% of the economy.  (Economic statistics from FTPress division of Pearson Publishing.)

Today the 3 most valuable companies in America are Apple, Google and Microsoft.  Number 6 is Facebook.  Their value (and in the case of Apple, Google and Facebook rather rapid value explosion) has been due to understanding how to maximize the value of information.  They don’t so much “make things” as they make life better through products which are purely ethereal – rather than something tangible.

Today’s #1 valued retailer is Amazon, now worth more than Wal-mart.  Amazon is largely a technology company, building its revenues by knowing more about the customer and what she wants, then matching that with the right products.  All in a virtual shopping arena.  No stores, salespeople and often no inventory needed.  Its technology skills became so good the company has become the #1 provider of cloud services.

Tesla has done something everyone thought impossible.  It has created a new auto company where many others failed (recall the DeLorean used in “Back to the Future”?  Or the Bricklin?)  But Tesla did this by building an entirely different car, one that is based on all new electric technology, that has far fewer moving parts, needs far less service, has better operating performance and actually bears little resemblance to the autos – or auto companies – of the past.  Tesla is far more a technology company, designed for the information era, than what we would think of as a “car company.”

The ramifications of this are dramatic.  Working class middle age white people are dying faster than any other demographic in America.  Their death rates are up 22%, and continuing to increase precipitously. Cause: suicide, drugs and alcohol.  This is the group that once found good paying jobs working machines in manufacturing.  Now, untrained for the information era, they are unable to find work – even though demand for trained labor is outstripping supply.

Today’s growth companies, those powering the American economic engine, are filled with intellectual assets rather than physical assets.  Apple, Google and Facebook (et.al.) are creating intellectual capital, and they need employees able to add to that capital base.  it is not enough for job candidates to have a college degree any longer.  Today’s job hunter has to be information savvy, digital savvy, tech savvy.

In the 1960s the gap widened dramatically between those in manufacturing and those in farming.  By the 1970s farms were closing by the hundreds as value shifted out of agrarian production to industrial production.  It was devastating to farm communities and farm families.

Today the gap is widening between those skilled in manufacturing or general knowledge and those with information-based skills.  The former are seeing their dreams slip away, while the latter are making incomes at a young age that are hard to fathom.  Cities like Detroit are crumbling, while San Francisco cannot supply enough housing for its workers.  The shift to an information economy is fully in force, and change is accelerating.  For those who make the shift much is to be gained, for those who do not there is much to lose.