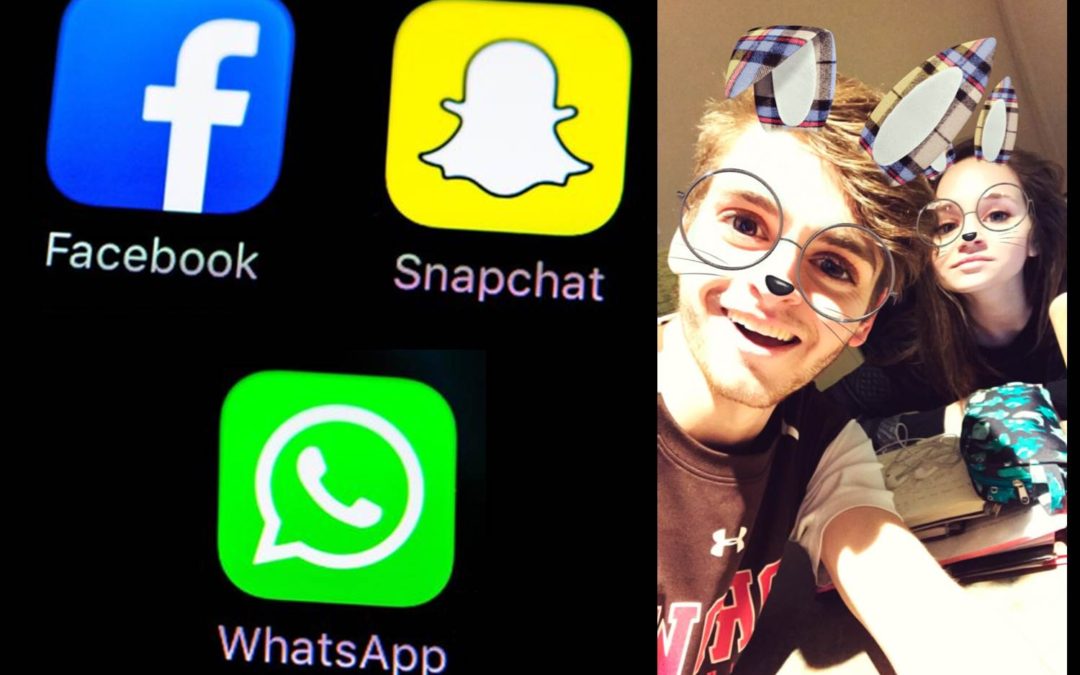 InvestorPlace.com declared Snap stock will be a big disappointment in 2018. Bad news for investors, because SNAP was an enormous disappointment in 2017. After going public at $27/share in early March, the stock dropped to $20 by mid-March, then just kept dropping until it bottomed at just under $12 in August. Since then the stock has largely gone sideways at $15.

This was not unexpected. As I wrote in April, Snapchat was not without competition and was unlikely to be a long-term winner. Even though Snapchat and its Stories feature grew popular with teenagers 14 to 19, in August, 2016 Facebook launched Instagram Stories as a direct competitor. In just 7 months – just as SNAP went public – Instagram Stories had more users than Snapchat. It was clear then if you wanted to make money on the photo and video sharing trends, investors were better off to own Facebook stock and avoid the newly available SNAP shares (stock, not pix!)

Now the situation is far worse. Facebook launched WhatsApp Status as another competitive product in February, 2017 and it took less than 3 months for its user base to exceed Snapchat. As the chart below shows, by October, 2017 Stories and Status each had 300 million users, while Snapchat was mired at 180 million users. With only 30% the users of Facebook, Snapchat has little chance to succeed against the social media powerhouse. 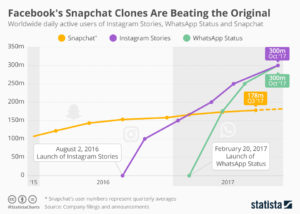 Facebook is now a very large company. But, it has shown it is adaptable. Rather than sticking to its original market, Facebook went mobile and has launched new products as fast as competitors tried to carve out niches. The question is, are you constantly scanning the horizon for new products and adapting – fast – to keep your customers and grow? Or are you stuck trying to defending your old business while upstarts carve up your market?”