The Ever Adaptable Netflix 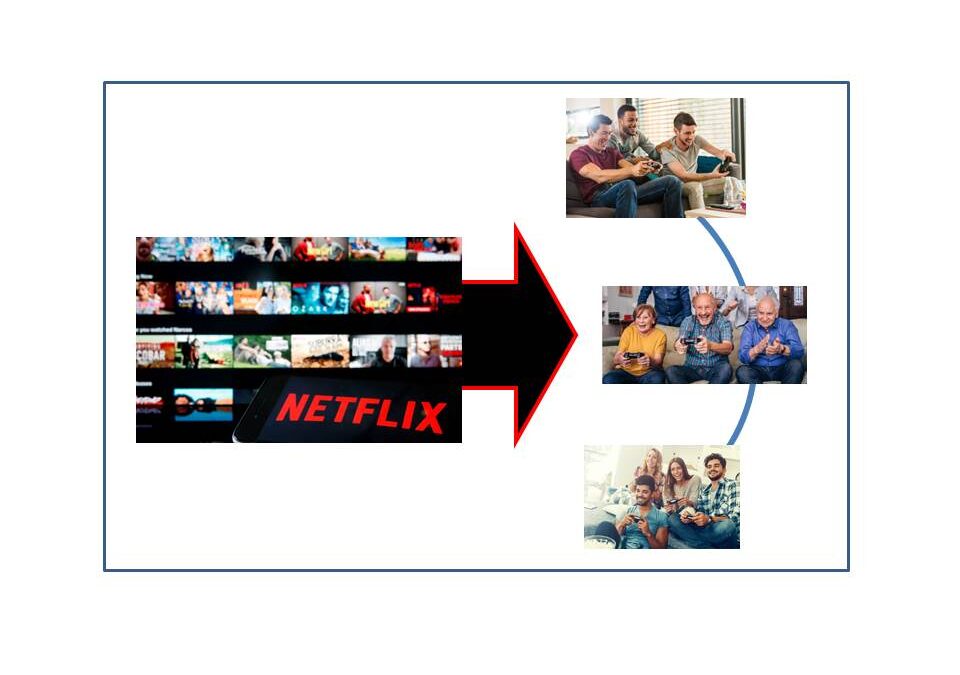 Last week Netflix announced it was going to enter gaming . Interestingly, the analyst reaction was, at best, mixed. Most didn’t think it was a great idea. My favorite is this quote in AdAge came from a pair of Bernstein analysts.

“Bernstein analysts Todd Juenger and Gini Zhang said in a note that they were “tepid” about Netflix getting into gaming, partly because it would mean a lesser focus on the core business. They worry about creating a distraction.”

These untalented analysts went on to say:
“It’s hard not to imagine that if Netflix were to launch its own video games, the majority of the company’s energy would be focused on the success of that new, different, exciting thing (even among employees who aren’t involved in it),” according to the note. It’s also unclear how the company can capitalize on the video-game content without raising prices—and potentially turning away some users unwilling to pay extra, they said.”

A History of Pivoting to Meet Customer Needs

Wow, I’ve heard that before. Remember how Netflix started? Back when we all went to Blockbuster or another video store to rent a tape or dvd overnight, Netflix offered to send them to our house. And let us keep them as long as we wanted. This convenience was so powerful Netflix drove Blockbuster, Family Video and all other traditional video rental stores bankrupt.

After this big win analysts thought that Netflix should take on Amazon in general merchandise e-commerce. After all, Netflix was the largest customer of UPS, USPS and Fedex at the time. Most analysts thought Netflix had the infrastructure to ship things, so they wanted to build on that infrastructure. But Netflix didn’t to that at all. Keeping its eyes on its Value Proposition of “Delivering Entertainment” Netflix instead went headlong into video streaming. And the stock tumbled dramatically as analysts said streaming wasn’t the “core” of Netflix. Netflix wasn’t a tech company, or a telecom or cable company and streaming would be a huge distraction for people lacking proper skills. Netflix’ Value Delivery System was dominated by logistics expertise, and the analysts were focused on milking more out of the Value Delivery System.

Of course Netflix knew its value was in keeping customers happy, not milking its invested assets. Netflix’ “core” was in knowing entertainment, so it had to develop the skills in streaming, or its customers would drift away. Further, Netflix knew it had nowhere near the savvy of Amazon for general merchandise marketing and sales. If it followed Amazon it would fritter away its Value Proposition, and probably never make any money chasing Amazon by trying to devote more energy to its logistics Value Delivery System.

Of course, Netflix was right. Leadership jettisoned the physical distribution Value Delivery System and built a new one around streaming technology. Just as the Bernstein analysts feared, Netflix had to raise prices. Which it did on physical distribution in order to raise the money to invest in streaming, which turned out to be the shot allowing Netflix to dominate globally, not just in the USA. It was enormous win for gaining customers, selling more stuff, and making more money.

About 5 years ago, Netflix realized it yet again had to change its Value Delivery System if it was to maintain its customer Value Proposition. So it scaled back investing in streaming, as that technology was becoming available to everyone. And it invested heavily in content production. Even though it had long distributed other people’s content, Netflix saw that to be a leader in “Delivering Entertainment” it had to create its own. So the money was shifted into making “House of Cards,” which was a huge hit, and “Orange is the New Black.” Now Netflix is the most prolific video content creator in North America. So much good content Netflix has jeopardized the future of TV networks, major movie studios and even entire theatre chains.

Where once the big employment center, and resource hog, in Netflix was logistics, Netflix leadership pivoted its Value Delivery System into streaming technology. Then it pivoted again into content creation. And now, as gaming has become “the next big thing” Netflix is once again pivoting its resources — into fast growing gaming.

Given this is the third pivot, and 4th Value Delivery System, in Netflix, would you bet against CEO Reed Hastings and his leadership team? The negative analysts are as dead wrong now as they were before. Netflix has demonstrated a keen understanding of their Value Proposition, and demonstrated the skill set to adapt their Value Delivery System to meeting emerging customer needs. I believe it is almost a certainty Netflix will find its way in on-line gaming as the trend keeps growing exponentially. And like all the other pivots, they’ll attract even more customers, and sell more product, and make more money.

Are you adaptable to new Value Delivery Systems as technology makes them available?

Do you clearly know your Value Proposition, and are you focused on it — or are you focused on running your Value Delivery System. Are you trying to maximize your old business, or are you seeing how emerging trends are creating new opportunities to grow by entering new businesses, with new Value Delivery Systems? Netflix has demonstrated how to grow very large, very fast. Are your eyes open to Trends and Market Shifts – and are you adaptable to take advantage of emerging market needs? Now is a good time to learn from Netflix.

My calls on Netflix have historically been quite good. Check out these links to previous articles:
How Netflix became the King of Strategic Pivots, 4/2018
Predicting Netflix Would Dominate Entertainment Content, 4/2016
Explaining Why and How Netflix content creation would be good for investors, 3/2015
Explaining why investors should buy Netflix stock when it crashed after announcing its move into streaming, 10/2011
Explaining why you should buy Netflix, predicting it would be the next Apple or Google, 11/2010