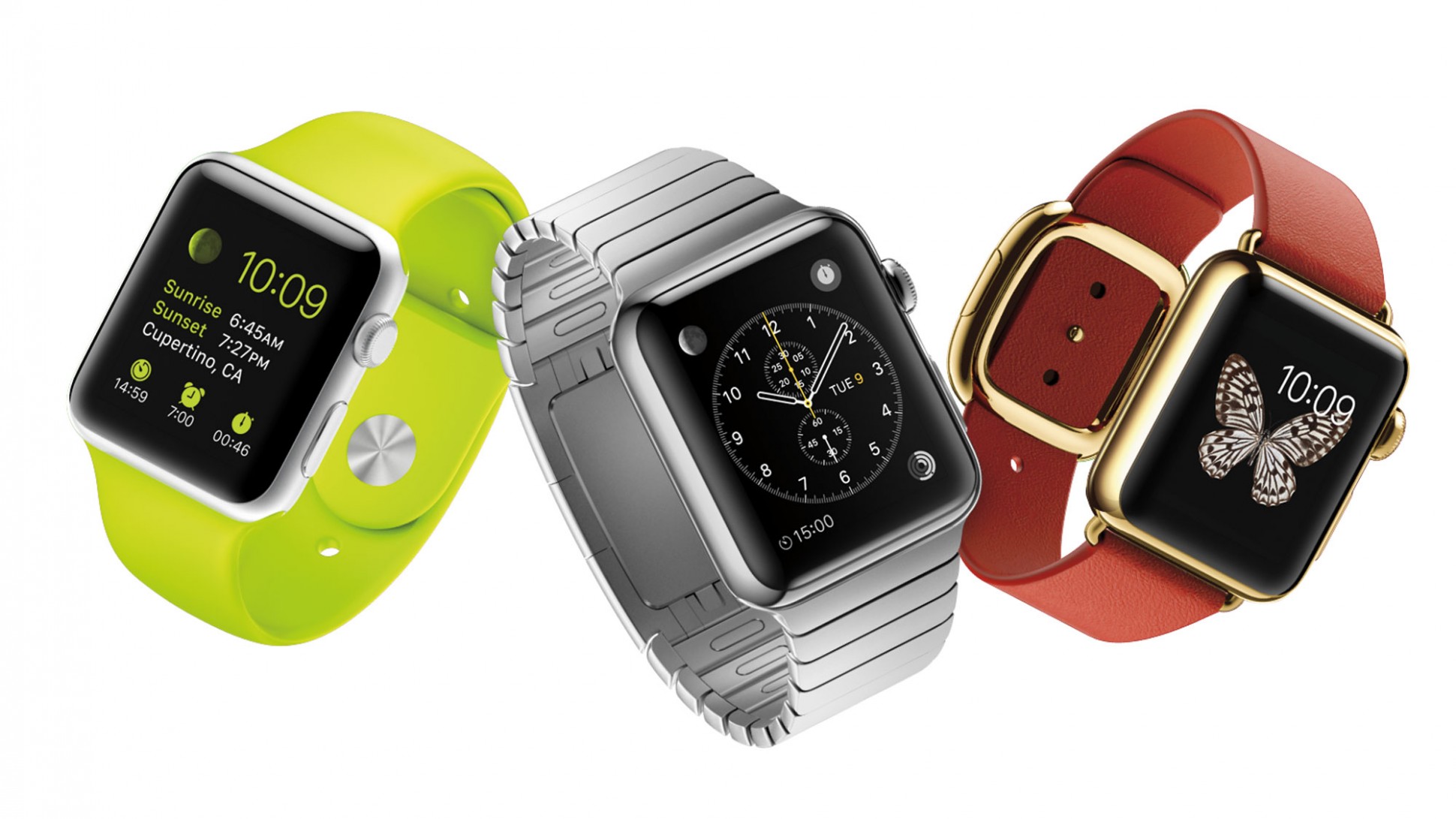 Microsoft launched its new Surface 3 this week, and it has been gathering rave reviews.  Many analysts think its combination of a full Windows OS (not the slimmed down RT version on previous Surface tablets,) thinness and ability to operate as both a tablet and a PC make it a great product for business.  And at $499 it is cheaper than any tablet from market pioneer Apple. 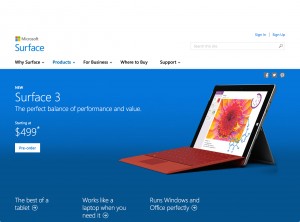 Meanwhile Apple keeps promoting the new Apple Watch, which was debuted last month and is scheduled to release April 24.  It is a new product in a market segment (wearables) which has had very little development, and very few competitive products.  While there is a lot of hoopla, there are also a lot of skeptics who wonder why anyone would buy an Apple Watch.  And these skeptics worry Apple’s Watch risks diverting the company’s focus away from profitable tablet sales as competitors hone their offerings. 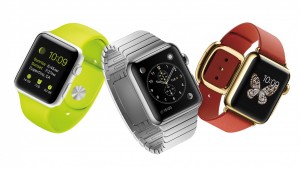 Looking at these launches gives a lot of insight into how these two companies think, and the way they compete.  One clearly lives in red oceans, the other focuses on blue oceans.

Blue Ocean Strategy (Chan Kim and Renee Mauborgne) was released in 2005 by Harvard Business School Press.  It became a huge best-seller, and remains popular today.  The thesis is that most companies focus on competing against rivals for share in existing markets.  Competition intensifies, features blossom, prices decline and the marketplace loses margin as competitors rush to sell cheaper products in order to maintain share.  In this competitively intense ocean segments are niched and products are commoditized turning the water red (either the red ink of losses, or the blood of flailing competitors, choose your preferred metaphor.)

On the other hand, companies can choose to avoid this margin-eroding competitive intensity by choosing to put less energy into red oceans, and instead pioneer blue oceans – markets largely untapped by competition.  By focusing beyond existing market demands companies can identify unmet needs (needs beyond lower price or incremental product improvements) and then innovate new solutions which create far more profitable uncontested markets – blue oceans.

Obviously, the authors are not big fans of operational excellence and a focus on execution, but instead see more value for shareholders and employees from innovation and new market development.

If we look at the new Surface 3 we see what looks to be a very good product.  Certainly a product which is competitive.  The Surface 3 has great specifications, a lot of adaptability and meets many user needs – and it is available at what appears to be a favorable price when compared with iPads.

But …. it is being launched into a very, very red ocean.

The market for inexpensive personal computing devices is filled with a lot of products. Don’t forget that before we had tablets we had netbooks.  Low cost, scaled back yet very useful Microsoft-based PCs which can be purchased at prices that are less than half the cost of a Surface 3. And although Surface 3 can be used as a tablet, the number of apps is a fraction of competitive iOS and Android products – and the developer community has not yet embraced creating new apps for Windows tablets. So Surface 3 is more than a netbook, but also a lot more expensive.

Additionally, the market has Chromebooks which are low-cost devices using Google Chrome which give most of the capability users need, plus extensive internet/cloud application access at prices less than a third that of Surface 3.  In fact, amidst the Microsoft and Apple announcements Google announced it was releasing a new ChromeBit stick which could be plugged into any monitor, then work with any Bluetooth enabled keyboard and mouse, to turn your TV into a computer.  And this is expected to sell for as little as $100 – or maybe less! 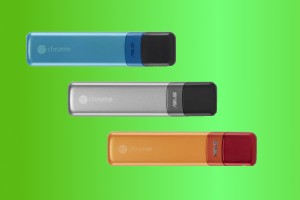 This is classic red ocean behavior.  The market is being fragmented into things that work as PCs, things that work as tablets (meaning run apps instead of applications,) things that deliver the functionality of one or the other but without traditional hardware, and things that are a hybrid of both.  And prices are plummeting.  Intense competition, multiple suppliers and eroding margins.

Ouch.  The “winners” in this market will undoubtedly generate sales.  But, will they make decent profits?  At low initial prices, and software that is either deeply discounted or free (Google’s cloud-based MSOffice competitive products are free, and buyers of Surface 3 receive 1 year free of MS365 Office in the cloud, as well as free upgrade to Windows 10,) it is far from obvious how profitable these products will be.

Amidst this intense competition for sales of tablets and other low-end devices, Apple seems to be completely focused on selling a product that not many people seem to want.  At least not yet.  In one of the quirkier product launch messages that’s been used, Apple is saying it developed the Apple Watch because its other innovative product line – the iPhone – “is ruining your life.”

Apple is saying that its leaders have looked into the future, and they think today’s technology is going to move onto our bodies.  Become far more personal.  More interactive, more knowledgeable about its owner, and more capable of being helpful without being an interruption.  They see a future where we don’t need a keyboard, mouse or other artificial interface to connect to technology that improves our productivity.

Right.  That is easy to discount.  Apple’s leaders are betting on a vision.  Not a market.  They could be right.  Or they could be wrong.  They want us to trust them.  Meanwhile, if tablet sales falter…..  if Surface 3 and ChromeBit do steal the “low end” – or some other segment – of the tablet market…..if smartphone sales slip….. if other “forward looking” products like ApplePay and iBeacon don’t catch on……

This week we see two companies fundamentally different methods of competing.  Microsoft thinks in relation to its historical core markets, and engaging in bloody battles to win share.  Microsoft looks at existing markets – in this case tablets – and thinks about what it has to do to win sales/share at all cost.  Microsoft is a red ocean competitor.

Apple, on the other hand, pioneers new markets.  Nobody needed an iPod… folks were  happy enough with Sony Walkman and Discman.  Everybody loved their Razr phones and Blackberries… until Apple gave them an iPhone and an armload of apps.  Netbook sales were skyrocketing until iPads came along providing greater mobility and a different way of getting the job done.

Apple’s success has not been built upon defending historical markets.  Rather, it has pioneered new markets that made existing markets obsolete.  Its success has never looked obvious. Contrarily, many of its products looked quite underwhelming when launched.  Questionable.  And it has cannibalized its own products as it brought out new ones (remember when iPods were so new there was the iPod mini, iPod nano and iPod Touch? After 5 years of declining iPod sale Apple has stopped reporting them.)  Apple avoids red oceans, and prefers to develop blue ones.

Which company will be more successful in 2020?  Time will tell.  But, since 2000 Apple has gone from nearly bankrupt to the most valuable publicly traded company in the USA.  Since 1/1/2001 Microsoft has gone up 32% in value.  Apple has risen 8,000%.  While most of us prefer the competition in red oceans, so far Apple has demonstrated what Blue Ocean Strategy authors claimed, that it is more profitable to find blue oceans.  And they’ve shown us they can do it. 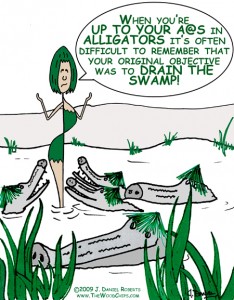