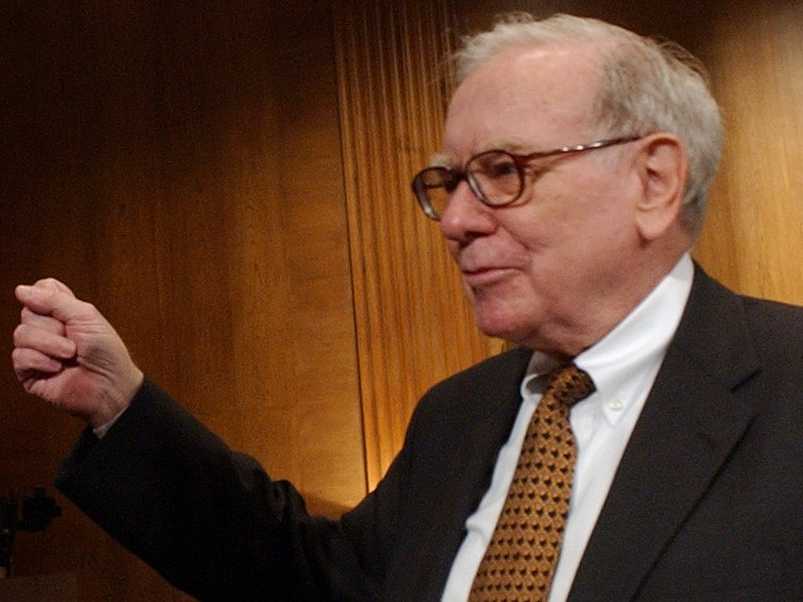 Warren Buffett is the famous head of Berkshire Hathaway.  Famous because he has made himself a billionaire several times over, and made his investors excellent returns.

Berkshire Hathaway doesn’t really make anything. Rather, it owns companies that make things, or supply services.  So when you buy a share of BRK you are actually buying a piece of the companies it owns, and a piece of the over $116B it invests in equities of other public companies from the cash flow of its owned entities.

Over the last decade the value of a share of BRK has increased 149%.  Pretty darn good, considering the DJIA (Dow Jones Industrial Average) has only increased 64%, and the S&P 500 69%, in the same time period.  So for long-term investors, putting your money with Mr. Buffett would have done more than twice as good as buying one of these leading indices.

For this reason, many investors recommend looking at what Berkshire Hathaway buys in its equity portfolio, and then buying those same stocks.  On the face of it, seems smart.  “Invest like Warren Buffet” one might say. 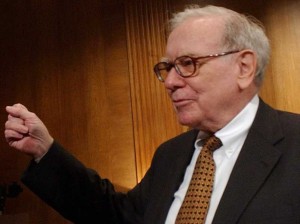 But that would be a bad idea.  Berkshire Hathaway’s value has little to do with the publicly traded equities it owns.  In fact, those holdings may well be a damper on BRKs valuation.

Of that giant portfolio, 4 equities make up 58% of the total holdings.  Let’s look at how those have done the last decade:

Note – not one of these stocks is up anywhere near as much as Berkshire Hathaway.  There is no mathematical formula which one can use to multiply the gains on these stocks and interpret that into an overall value increase of 149%!

There are several other large, well known companies in the Berkshire Hathaway portfolio which have large (millions of shares being held) but lesser percentage positions:

This is not to say that Berkshire Hathaway has owned all these stocks for 10 years.  And, this is not all the portfolio.  But it is well known that Mr. Buffett is a long-term investor who eschews short-term trading.  And, these are at least randomly representative of the portfolio holdings.  So by buying and selling shares at different times, and using various trading strategies, BRK’s returns could be somewhat better than the performance of these stocks.  But, again, there is no arithmetic which exists that can turn the returns on these common stocks into the 149% gain which Berkshire Hathaway has achieved.

Simply put, Berkshire Hathaway makes money by doing things that no individual investor could ever accomplish.  The cash flow is so enormous that Mr. Buffett is able to make deals that are not available to you, me or any other investor with less than $1B (or more likely $10B.)

When the banks looked ready to melt down in 2008 GE was in a world of hurt for money to shore up problems in its GE Capital unit.  When GE went out to raise $12B via a common stock sale it turned to Mr. Buffett to lead the investment.  And he did, taking a $6B position.  For being so gracious, in addition to GE shares Berkshire Hathaway was able to buy $3B in preferred shares with a guaranteed dividend of 10%!  Additionally, Mr. Buffett was given warrants allowing him to buy up to $3B of GE shares for a fixed price of $22.25 per share regardless of the price at which GE was trading.  These are what are called “sweeteners” in the financial trade.  They greatly reduce the risk on the common stock purchase, and simultaneously dramatically improve the returns.

These “sweeteners” are not available to us average, ordinary investors.  And this is critical to understand.  Because if someone thought that Mr. Buffett made all that money by being a good stock picker, that someone would be operating on the wrong assumption.  Mr. Buffett is a very good deal maker who gets a lot more when making his investments than we get.  He can do that because he can move so much money, so quickly.  Faster even than any large bank.

Take, for example, the recent deal for Berkshire Hathaway to acquire the Duracell battery business from P&G.  Where most of us (individuals or corporations) would have to fork over the $3B that P&G wanted, Berkshire Hathaway can simply give back P&G shares it has long held.  By exchanging those shares for Duracell, Berkshire avoids paying any tax on the stock gains – thus using P&G shares in its portfolio as a currency to buy the battery business with pre-tax dollars rather than the after-tax dollars the rest of us would have to put up.  In a nutshell, that saves at least 35%.  But, beyond that, the deal also allows P&G to sell Duracell without having to pay tax on the assets from their end of the transaction, saving P&G 35% as well.  To make the same deal, any other buyer would have been required to pay a lot more money.

Acquiring Duracell Berkshire gets 100% of another slow-growth but very good cash flow company (like Dairy Queen, Burlington Northern Rail, etc.) and does so at a very favorable price.  This deal adds more cash flow to BRK, more assets to BRK, and has nothing to do with whether or not the stocks in its public equity portfolio are outperforming the DJIA or S&P.

Berkshire Hathaway is an extremely complicated company, and deep in its core it is an institution that has a tremendous understanding of financial instruments, financial markets, tax laws and risk.  It has long owned insurance companies, and its leaders understand actuarial tables as well as how to utilize complex financial instruments and sophisticated tax opportunities to reduce risk, and raise returns, on deals that no one else could make.

By maximizing cash flow from its private holdings the Berkshire Hathaway constantly maintains a very large cash pool (currently some $60B) which it can move very, very quickly to make deals nobody, other than some of the largest private equity pools, could obtain.

It is a myth for an individual investor to think they could invest like Mr. Buffett, and trying to emulate his returns by emulating the Berkshire portfolio is simply unwise.