Why Cheating is Prevalent – and We Can’t Stop It 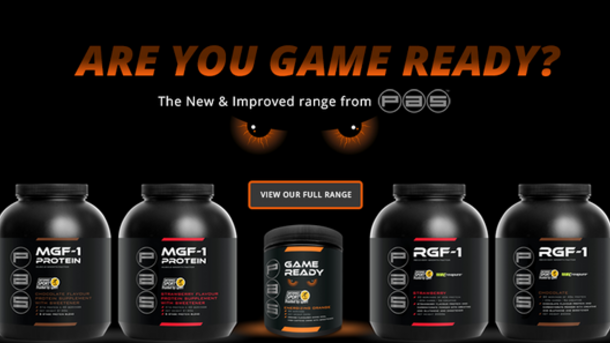 Cheating in sports is now officially prevalent.  The World Anti-Doping Agency (WADA) last week issued its report, and confirmed that across the International Association of Athletics Federation (IAAF) athletes were cheating.  And very frequently doing so under the supervision of those leading major sports operations at a national, and international level.

Quite simply, those responsible for the future of various sports were responsible for organizing and enabling the illegal doping of athletes.  This behavior is now so commonplace that corruption is embedded in the IAAF, making cheating by far the norm rather than the exception.

Wow, we all thought that after Lance Armstrong was found guilty of doping this had all passed.  Sounds like, to the contrary, Lance was just the poor guy who got caught.  Perhaps he was pilloried because he was an early doping innovator, at a time when few others lacked access.  As a result of his very visible take-down for doping, today’s competitors, their coaches and sponsors have become a lot more sophisticated about implementation and cover-ups.

Accusations of steroid use for superior performance have been around a long time.  Major league baseball held hearings, and accused several players of doping.  The long list of MLB players accused of cheating includes several thought destined for the Hall of Fame including Barry Bonds, Jose Conseco, Roger Clemens, Mark McGwire, Manny Ramirez, Alex Rodriguez, and Sammy Sosa. Even golf has had its doping accusations,  with at least one top player, Vijay Sing, locked in a multi-year legal battle due to admitting using deer antler spray to improve his performance.

The reason is, of course, obvious.  The stakes are, absolutely, so incredibly high.  If you are at the top the rewards are in the hundreds of millions of dollars (or euros.)  Due to not only enormously high salaries, but also the incredible sums paid by manufacturers for product endorsements, being at the top of all sports is worth 10 to 100 times as much as being second.

For example – name any other modern golfer besides Tiger Woods. Bet you even know his primary sponsor – Nike.  Yet, he didn’t even play much in 2015.  Name any other Tour de France rider other than Lance Armstrong. And he made the U.S. Postal Service recognizable as a brand.  I travel the world and people ask me, often in their native language or broken English, where I live.  When I say “Chicago” the #1 response – by a HUGE margin is “Michael Jordan.”  And everyone knows Air Nike.

We know today that some competitors are blessed with enormous genetic gifts.  Regardless of what you may have heard about practicing, in reality it is chromosomes that separate the natural athletes from those who are merely extremely good.  Practicing does not hurt, but as the good doctor described to Lance Armstrong, if he wanted to be great he had to overcome mother nature.  And that’s where drugs come in.  Regardless of the sport in which an athlete competes, greatness simply requires very good genes.

If the payoff is so huge why wouldn’t you cheat? If mother nature didn’t give you the perfect genes, why not alter them? It is not hard to imagine anyone realizing that they are very, very, very good – after years of competing from childhood through their early 20s – but not quite as good as the other guy.  The lifetime payoff between the other guy and you could be $1Billion.  A billion dollars!  If someone told you that they could help, and it might take a few years off your life some time in the distant future, would you really hesitate?  Would the daily pain of drugs be worse than the pain of constant training?

The real question is, should we call it cheating?  If lots and lots of people are doing it, as the WADA report and multiple investigations tell us, is it really cheating?

After all, isn’t this a personal decision? Where should regulators draw the line?

We allow athletes to drink sports drinks. Once there was only Gatorade, and it was only available to Florida athletes.  Because they didn’t dehydrate as quickly as other teams these athletes performed better.  But obviously sports drinks were considered OK.  How many cups of coffee should be allowed?  How about taking vitamins?

Exactly who should make these decisions?  And why?  Why “outlaw” some products, and not others?  How do you draw the line?

After watching “The Program” about Lance Armstrong’s doping routine it was clear to me I would never do it, and I would hope those I love would never do it.  But I also hope they don’t smoke cigarettes, drink too much liquor or make a porno movie.  Yet, those are all personal decisions we allow.  And the first two can certainly lead to an early grave.  As painful as doping was to biker Armstrong and his team, it was their decision to do it.  As bad as it was, why isn’t it their decision?  Why is someone put in a position to say it is cheating?

After all, we love winners.  When Lance was winning the Tour de France he was very, very popular.  Even as allegations swirled around him fans, and sponsors, pretty much ignored them.  Even the reporter who chased the story was shunned by his colleagues, and degraded by his publisher, as he systematically built the undeniable case that Armstrong was cheating.  Nobody wanted to hear that Lance was cheating – even if he was.

Fans and sponsors really don’t care how athletes win, just that they win.  If athletes do something wrong fans pretty much just hope they don’t get caught.  Just look at how fans overwhelming supported Armstrong for years.  Or how football fans have overwhelming supported Patriots quarterback Tom Brady, and ridiculed the NFL’s commissioner Roger Goodall, over the Deflategate cheating charges and investigation.  Fans support a winner, regardless how they win.

So, now we know performance enhancing drugs are endemic in professional sports.  Why do we still make them against the rules?  If they are common, should we be trying to change behavior, or change the rules?

Go back 150 years in sports and frequently the best were those born to upper middle class families.  They had the luck to receive good, healthy food.  They had time to actually practice.  So when these athletes were able to be paid for their play, we called them professionals.  As professionals we would not allow them to compete with the local amateurs.  Nor could they compete in international competitions, such as the Olympics.

Jim Thorpe won 2 Olympic gold medals in 1912, received a ticker-tape Broadway parade for his performance and was considered “the greatest athlete of all time.” He was also stripped years later of his medals because it was determined he had been paid to play in a couple of professional baseball games.  He was considered a cheater because he had the luxury of practicing, as a professional, while other Olympic athletes did not.  Today we consider this preposterous, as professional athletes compete freely in the Olympics.  But what really changed? Primarily the rules.

It is impossible to think that we will ever roll back the great rewards given to modern athletes.  Too many people love their top athletes, and relish in seeing them earn superstar incomes.  Too many people love to buy products these athletes endorse, and too many companies obtain brand advantage with those highly paid endorsements.  In other words, the huge prize will never go away.

What is next?  Genetic engineering, of course.  The good geneticists will continue to figure out how to build stronger bodies, and their results will be out there for athletes to use.  Splice a gorilla gene into a wrestler, or a gazelle gene into a long-distance runner.  It’s not pure fantasy.  This will likely be illegal.  But, over time, won’t those gene-altering programs become as common to professional athletes as steroids and human growth hormone are today?  Exactly when does anyone think performance enhancement will stop?

And if the drugs keep becoming better, and athletes have such a huge incentive to use them, how are we ever to think a line can be drawn — or ever enforced?

Thus, the effort to stop doping would appear, at best, Quixotic.

Instead, why not simply say that at the professional level, anything goes?  No more testing.  If you are a pro, you can do whatever you want to win.  “It’s your life brother and sister,” the decision is up to you.

Of course, one could imagine that there could be 2 pro circuits.  One that allows all performance enhancing drugs, and one that does not.  But we all know that will fail.  Like minor league competition, nobody really cares about the second stringers.  Fans want to see real amateurs, often competing locally and reinforcing pride. And they like to see pros — the very best of the very best.  And in this latter category, the fans consistently tell us via their support and dollars, they don’t really care how those folks made it to the top.

So a difficult ethical dilemma now confronts sports fans – and those who monitor athletics:

1 – Do we pretend doping doesn’t exist and keep lying about it, but realize what we’re doing is a sham and waste of time?

2 – Do we spend millions of dollars in an upgraded “war on drugs” that is surely going to fail (and who will pay for this increased vigilance, by the way?)

3 – Do we realize that with the incentives that exist today, we need to change the rules on doping?  Allow it, educate about its use, but give up trying to stop it.  Just like pros now compete in the Olympics, enhancement drugs would no longer be banned.

This one’s above my pay grade.  What do you readers think?