Wake Up Call! How Stagnation Spiral is Hurting Illinois 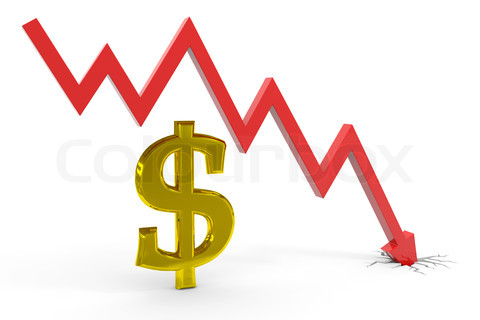 Economic growth is a great thing.  When the economy booms people make more, so they pay more income taxes.  They spend more, which generates more sales tax.  They upgrade homes and buy bigger homes, which have higher property taxes.  But even though they pay more dollars in taxes, people are happy because they have more cash, and often the percent of their income spent overall on taxes is lower.

A virtuous circle where everyone benefits.  Growth helps the citizens, and the community prospers.

For the industrial era, this virtuous circle was great for Illinois.  Farmlands continued to prosper with bountiful crops, while new manufacturing jobs created higher incomes for those leaving the farms.  The roadways and airports grew, while income taxes remained almost paltry by national standards.  And Illinois could boast some of the country’s best public schools even while property taxes were below national averages.  This growth environment kept locals in the state, and attracted people from the plains, other parts of the midwest, south and northeast as well as immigrants from foreign lands.  Industrial growth propelled a great environment.

Last week many people were surprised by a recent Gallup survey showing that Illinois leads the USA in people wanting to leave their home state.  A whopping 50% of the population would like to leave.  And Illinois was 2nd from the top with percentage of people who have high intent to actually leave (at 19%.)  So if those two groups overlap Illinois could lose 10% of its population in  short order!

If ever there was one, this has to be a wake-up call! 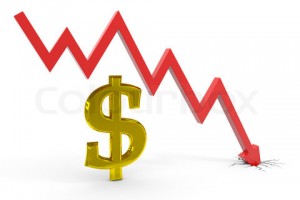 The seeds of this problem were sown many years ago.  When manufacturing started going offshore, Illinois was hard hit.  A Center for Government Studies report shows that between 2000 and 2010 the number of people employed in Illinois actually declined by 115,000 (1.5%).  Farming, wholesale and retail trade jobs fell by 135,000.  But far worse was the decline in manufacturing jobs, which dropped by a whopping 311,000.  Those were jobs which had been Illinois’ growth foundation for 60 years.  And they were the employers who provided the network effect of business-to-business growth that kept the state’s virtuous circle spinning.

Despite the obviousness of this shift in employment – from manufacturing to services – the state reacted timidly to replace that employment base with another growth vehicle.  In an era of growing financial services, Illinois failed to develop a strong banking sector, and in fact watched First Chicago/Bank One become JPMorganChase and leave – along with almost all its other large brethren.  Despite leading engineering universities (University of Illinois Chicago, University of Illinois Urbana/Champaign, Northwestern, Illinois Institute of Technology, Northern Illinois, etc.) Illinois failed to develop a vibrant angel investing or venture capital community, and digital entrepreneurs were pushed toward the coasts for funding – and increasingly the talent followed them out of state.

It did not take long for the virtuous circle to become a stagnation spiral.  As jobs left the state there was lower demand for housing, so people couldn’t sell their houses – especially after 2007.  The housing bust that racked America hit the Chicago area, and all of Illinois, harder than many metros.  And home prices have failed to recover at anything close to the national average.  Chicago still leads major metro areas in percentage of homes with underwater mortgages. To maintain money for schools and roads communities were forced to raise property taxes.  Today many people, especially in the 6 Chicago “collar counties,” pay property taxes that are higher than similar homes in Los Angeles and San Francisco!  Property taxes that have become among the highest in the country.

With no growth in spending, communities raised sales taxes to generate more income.  Today most Illinois citizens pay between 9-10% sales tax, again amongst the highest in the country.  Which encourages even greater on-line shopping, and deterioration in the local retail trade.

Road maintenance, and general funding at the state level, pushed the state to raise highway tolls.  What were $.25 toll machines on major arteries in the 1990s now cost $.75 (tripled) and the rate is double that ($1.50) if you don’t install an electronic toll device in your auto (sorry out-of-state drivers.)

Lacking growth, state income tax receipts could not keep up with state demands – especially for pensions that depended on both a vibrant stock market as well as higher state income.  So Illinois doubled the income tax rate in an effort to fund pensions and avoid bankruptcy.

Yet, despite seeing taxes in all areas increase, residents are subject to declining services.  Potholes remain an ever-present danger for drivers.  Municipal traffic services (buses and rail cars) have increased prices by multiples, yet there are fewer routes and longer waits for customers.

Which leads to an even worse element of stagnation – aging population.  As the jobs for people 16-44 declined, younger people left the state and that demographic actually declined by 3.2% between 2000 and 2010.  Those who remained were older, so the Baby Boomers grew by 21%!  However, this aged demographic is not in its prime “spending” years, and instead is much more likely to invest for retirement.  Thus further dampening the local economy.

And, an aging population means that the number of children declined – dramatically.  The “baby bust” resulted in a 6.2% decline in children under age 10 in Illinois last decade.  Fewer children means less demand for school teachers, and all the things related to child rearing, further shrinking the economic growth prospects.  While this is good news for property tax payers generally, it’s never a good sign to see closed schools simply because there’s no need for them.

Now the spiral becomes a self-fulfilling prophecy.  Retiring boomers on a fixed income realize that they cannot afford to live in a state with such high, and rising, property taxes.  Especially when other states have fixed taxes that are 1/4 to 1/3 what they pay in Illinois.  These retirees (or soon to be retirees) discover lower property tax states often have sales taxes that are half what they pay in Illinois.  The economics of staying become increasingly difficult to bear – while the benefits of leaving look ever more promising.

Entrepreneurs and business leaders see little reason to move more jobs into Illinois.  When looking at facility locations they realize they can receive the same tax breaks almost anywhere, but employees would prefer the lower tax environment of other states – especially sun belt states like Texas which has no income tax.  As Illinois offers tax breaks to dinosaurs like Sears, desperately trying to keep jobs despite failing corporate prospects, it becomes increasingly difficult to lure anyone other than small-employing headquarters locations into the state.  And personal taxes keep going up to compensate for these ill-conceived legacy company support programs.

No wonder so many people think about leaving Illinois.  And we haven’t even mentioned the weather (do you know how to spell P-O-L-A-R V-O-R-T-E-X?)

Growth is a wonderful thing.  Everyone prospers when economic growth provides the virtual circle of more cash.  But when the market turns toward the stagnation spiral – well it sucks for just about everyone.

Just ask the folks in Detroit – who are now auctioning off empty homes for $1,000 on the internet just to stop ongoing blight that is wrecking the city like an economic tsunami.

There is no simple answer for a declining economy like Illinois.  But this was a situation that took over 2 decades to create.  Failure to recognize the decline in manufacturing, and shift to digital economy jobs, left political and industry leaders arrogantly thinking everything would be fine.  An inability to invest in creating a replacement powerhouse industry means the state has few resources to invest in anything at all now.  Unable to leverage local university innovation with a comprehensive and effective program for funding projects has created a veritable slipper-slide from Illinois to California or New York for new graduates.

The answer will take a some time to develop, and implement.  But one thing is clear, if Illinois’ leaders don’t come up with something soon there will be even fewer people around, and even greater problems developing.   It would be easy to dismiss this Gallup poll, or let community pride keep one from taking its implications seriously.  But that would be an even worse mistake.  This is a serious wake-up call.