The Week Microsoft Lost Relevancy, and Apple Stole the Show 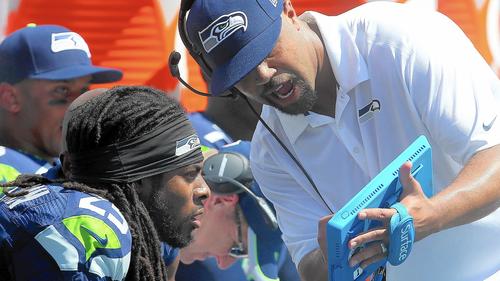 Few businesses fail in a fiery, quick downfall.  Most linger along for years, not really mattering to anyone – including customers, suppliers or even investors.  They exist, but they aren’t relevant.

When a company is relevant customers are eager for new product releases, and excited to talk to salespeople. Media want to report on the company, its products and its leaders.  Investors want to hear about what the company will do next to drive revenues and increase profits.

But when a company loses relevancy, that all disappears.  Customers quit paying attention to new products, and salespeople are not given the time of day. The company begs for coverage of its press releases, but few media outlets pay attention because writing about that company produces few readers, or advertisers.  Investors lose hope for big gains, and start looking for ways to sell the stock or debt without taking too big a loss, or further depressing valuations.

In short, when a company loses relevancy it is on the downward slope to failure.  It may take a long time, but lacking market relevancy the company has practically no hope of increasing revenues or profits, or of creating many new and exciting jobs, or of being a great customer for suppliers.  Losing relevancy means the company is headed out of business, it’s just a matter of time.  Think Howard Johnson’s, ToysRUs, Sears, Radio Shack, Palm, Hostess, Samsonite, Pierre Cardin, Woolworth’s, International Harvester, Zenith, Sony, Rand McNally, Encyclopedia Britannica, DEC — you get the point.

Many people may not be aware that Microsoft made an exclusive deal with the NFL to provide Surface tablets for coaches and players to use during games, replacing photographs, paper and clipboards for reviewing on-field activities and developing plays.  The goal was to up the prestige of Surface, improve its “cool” factor, while showing capabilities that might encourage more developers to write apps for the product and more businesses to buy it.

But things could not have gone worse during the NFL’s launch.  Because over and again, announcers kept calling the Surface tablets iPads. Announcers saw the tablet format and simply assumed these were iPads.  Or, worse, they did not realize there was any tablet other than the iPad.  As more and more announcers made this blunder it became increasingly clear that Apple not only invented the modern tablet marketplace, but that it’s brand completely dominates the mindset of users and potential buyers.  iPad has become synonymous with tablet for most people.

In a powerful way, this demonstrates the lack of relevancy Microsoft now has in the personal technology marketplace.  Fewer and fewer people are buying PCs as they rely increasingly on mobile devices. Practically nobody cares any more about new releases of Windows or Office.  In fact, the American Customer Satisfaction Index reported people think Apple is now considered the best PC maker (the Macintosh.) HP was near the bottom of the list, with Dell, Acer and Toshiba not faring much better.

And in mobile devices, Apple is clearly the king.  In its first weekend of sales the new iPhone 6 and 6Plus sold 10million units, blasting past any previous iPhone model launch – and that was without any sales in China and several other markets.  The iPhone 4 was considered a smashing success, but iPhone 4 sales of 1.7million units was only 17% of the newest iPhone – and the 9million iPhone 5 sales included China and the lower-priced 5C.  In fact, more units could have been sold but Apple ran out of supply, forcing customers to wait.  People clearly still want Apple mobile devices, as sales of each successive version brings in more customers and higher sales.

There are many people who cannot imagine a world without Microsoft.  And the vast majority of people would think that predicting Microsoft’s demise is considerably premature given its size and cash hoard.  But, that looks backward at what Microsoft was, and the assets it previously created, rather than looking forward.

Just how fast can lost relevancy impact a company?  Look no further than Blackberry (formerly Research in Motion.)  Blackberry was once totally dominant in smartphones.  But in the second quarter of last year Apple sold 32.5million units, while Blackberry sold only 1.5million (which was still more than Microsoft sold.)

The complete lack of relevancy was exposed last week when Blackberry launched its new Passport phone alongside Apple’s iPhone 6 actions. While the press was full of articles about the new iPhone, were you even aware of Blackberry’s most recent effort?  Did you recall seeing press coverage?  Did you read any product reviews?  And while Apple was selling record numbers, Blackberry analysts were wondering if the Passport could find a niche with “nostalgic customers” that would sell enough units to keep the company’s hardware unit alive.  Reviewers now compare Passport to the market standard, which is the iPhone – and still complain that its use of apps is “confusing.”  In a world where most people use their own smartphone, the only reason most people could think of to use a Passport was if their employer told them they were forced to.

Like with Radio Shack, most people have to be reminded that Blackberry still exists.  In just a few years Blackberry’s loss of relevancy has made the company and its products a backwater.  Now it is quite clear that Microsoft is entering a similar situation.  Windows 8 was a weak launch and did nothing to slow the shift to mobile.  Microsoft missed the mobile market, and its mobile products are achieving no traction.  Even where it has an exclusive use, such as this NFL application, people don’t recognize its products and assume they are the products of the market leader. Microsoft really has become irrelevant in its historical “core” personal technology market – and that should scare its employees and investors a lot.