The Race to Communicate – Was Malaysia Airlines Right to Text The Lost Plane? 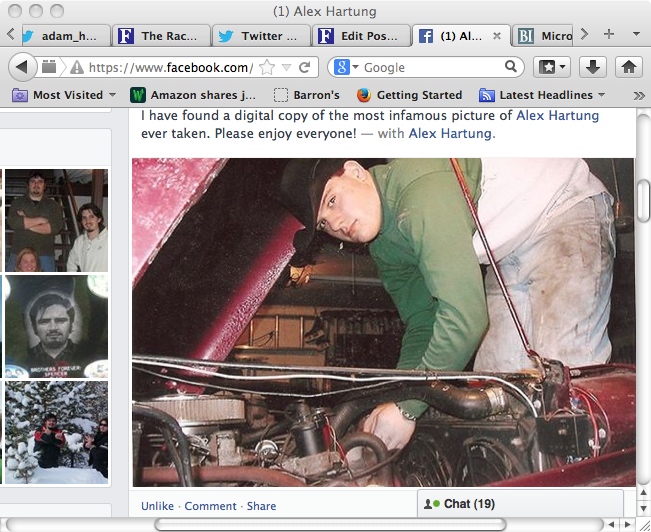 Someone’s telling me to call the Wisconsin Highway Patrol, my oldest son was in a terrible accident.  Then I call the police, who tell me my son has been airlifted to a hospital.  I’m in the car, madly driving 500 miles toward the hospital, talking to the doctor – hearing my son is in bad shape. It looks terminal.  Continuing the drive, deep into the blackest night, in the pouring rain.

Then the call from the hospital.  My son was dead.

I kept up the drive, made it to the hospital at daybreak.  Yes, that is my son.  Yes, he is dead.

I guess I had to see it to believe it.

Suddenly a new realization hit me.  My son has two brothers.  Both in college.  Both 500 miles away.  They had no idea what my last 14 hours were like.  They knew nothing about their brother.  How would they learn about this horrific news?

This accident was not a secret.  It was newsworthy, even if far from a major city.  My dead son had dozens of friends.  And they all use Facebook.  While as young men my sons don’t pay much attention to news radio or TV, they do pay attention to Facebook.  And texting.  How long would it take before someone went on-line and started telling the world that their brother was dead?

Do you call your sons on the phone and tell them their brother died?

Not wasting any time, I jumped in the car and started straight for my middle son’s college.  He was the closest with his brother.  They exchanged texts every day.  He would be checking his phone and his Facebook account.  I made the decision that this – this one thing – this had to be done in person.  I would not call, I would not text, I was going to tell him in person.

I loaded up with coffee and went back onto the highway.  And started another 10 hour drive.  I just kept wondering “how long do I have?  How long before these boys find the out – the hard way?”

I called my neighbor and told her the news.  I gave her my Facebook access and told her to monitor my account, and to pay attention to any traffic from people in my son’s network.  Look for anything that even hinted of bad news.  I had to focus on driving and couldn’t distract myself with mobile.

Eight hours later I drove into Chicago.  I was between 30 and 90 minutes to my son.  Depending on Chicago traffic!  But things seemed light; lighter than normal.  Maybe, just maybe, I had time.

As I pulled across town I knew I was only 20 minutes from my middle son.  Then my phone rang.  It was my neighbor. “It’s there Adam.  It’s there on Facebook.  Somebody found out, and the kids are starting to spread the news.  You better hurry.”

As safely, yet quickly, as possible I navigated in front of his 3 flat apartment on the south side.  Luckily, a parking spot on the street.  I pulled in, jumped out of the car and saw a window open in his apartment.  I started calling up “hey, you up there?  I need you to come unlock the door.  Hey, come to the door.”

Laconically my son came to the door.  I could tell by his eyes he didn’t know anything, and was curious why I was there.  I went inside, put my arms around him, and told him his brother was dead.

He accused me of a bad joke.  I quickly told him an accident happened, where, and that his brother didn’t make it.

Of course, he did not believe me.  So he picked up his phone.  He started looking for texts.  He saw there were none from his brother.  Then he jumped to his PC.  He pulled up Facebook.  He looked for his brother’s page – and then he started seeing the messages.  Messages of disbelief, grief, anger and fear as expressed by so many people who are 21 or 22 and suddenly come face to face with mortality.

My son was in shock, as could be expected.  But he was with me.  Then it hit him “have you told my little brother?”  I told him no.  “We have to go tell him.  Now.  Before he finds out some other way.”

We then jumped back in the car and beat it to his younger brother’s college.  My youngest son was far less of a social media fan.  Also, college soccer kept him very busy.  We knew he had been in class and soccer practice most of the day and evening, and he would not check anything until late at night.  We had a very good chance that he had not heard anything.

Luckily, when we arrived at his college and found him, he confirmed he had not seen his phone or PC for several hours while at class, practice, eating and finishing homework.  We told him the very, very bad news.

I’m glad my sons did not hear of their brother’s death via a text.  Or via Facebook.  It was a very, very, very difficult day for us.  And the next several.  Every minute etched forever in our memories.

As the next few days passed we all gained huge comfort from those who reached out to us via text, Facebook and Tweets.  Hundreds of messages and postings came in.  Social media was a tremendous way for all of us to connect and share stories about my now lost son.  Young people told me things I would never have known had they been limited to telling me face-to-face, but which they were willing to share via Facebook.  It was incredibly helpful.

We live in a very, very connected world.

Information, even things which may seem obscure in this large global environment, find their way to light quickly.  We all want information now – not later.  We want to know what, where and when – and we want to know it now.  We sign up for email newsletters, Facebook pages, linked-in networks and listen to our colleagues on Twitter so we know things as soon as possible.

This is tough for those who have to communicate bad news.  What’s the trade-off?  Do you wait and do it personally?  Or do you opt for moving quickly?  Is it better someone know the information now – even if it is painful – or do you seek to inform them in a personal way to address their needs, emotions and questions?  Do you broadcast the news, or keep it small?  Do you send it impersonally, or personally?  What is important?

Every organization is, to some extent, in the trust business

When you have to deliver bad news, how will you do it?  Whether you have to announce a layoff, plant closing, industrial accident, data breach, product recall, product failure, program failure – or even a fatality – you are communicating information that is personal, and emotional. It is information that requires a sense of the person, not just the news.  How will the information be received – and what does that mean for how it should be communicated?

It takes continuous effort to build trust, but it can be lost in a single, poorly constructed communication.

Malaysia Airlines had years to plan its communications for a downed plane.  How would it tell the world such news?  What tools would it use?  A preparedness plan should contain not only the action plan, but the communications plan as well.  And not only the message, but how it will be delivered. And how all touch points between the organization and the audience will be addressed.

Once flight 370 went missing Malaysia Airlines had days to plan its communications with families.  There were several possible scenarios, yet all had a common theme of communicating passenger status.  Passengers that are family members.  The airline had significant time to plan what it would say, and how.  To settle on texting families that their loved ones were forever gone was either incredibly bad planning, or indicates a significant lack of planning communications altogether.

When it was time for my sons to learn their brother was dead someone needed to be there to support them.  Someone who cared.  It was not news to be internalized without more discussion about what, how and why.  All bad news shares this requirement, to address the human need to ask questions.  Relying on email, texting, social media, newsletters or broadcast to share bad news ignores the very personal impact bad news has on the recipients.

Nobody wants to deliver bad news, but sometimes it is unavoidable.  Being prepared is incredibly important if you want to maintain trust.  Otherwise you can look as heartless, and untrustworthy, as Malaysia Airlines.