The 5 Stocks You Should Buy This Week 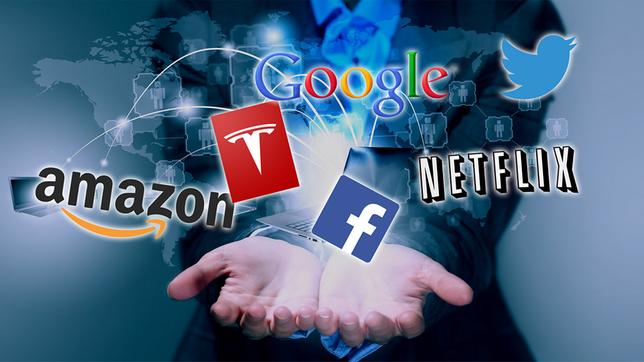 With the bottom apparently disappearing, it is easy to be fearful and not buy stocks.  After all, we’re clearly seeing that one can easily lose value in a short time owning equities.

Investors, as opposed to traders, buy only equities of companies they think will go up in value, and thus don’t need to worry about short-term volatility created by headline news, short-term politics or rumors.  For investors the most important issue is the major trends which drive the revenues of those companies in which they invest.  If those trends have not changed, then there is no reason to sell, and every reason to keep buying.

Take for example Amazon.  Amazon has fallen from its high of about $700/share to Friday’s close of $570/share in just a few weeks – an astonishing drop of over 18.5%.  Yet, there is really no change in the fundamental market situation facing Amazon.  Either (a) something dramatic has changed in the world of retail, or (b) investors are over-reacting to some largely irrelevant news and dumping Amazon shares.

Everyone knows that the #1 retail trend is sales moving from brick-and-mortar stores to on-line.  And that trend is still clearly in place.  Black Friday sales in traditional retail stores declined in 2013, 2014 and 2015 – down 10.4% over the Thanksgiving Holiday weekend.  For all December, 2015 retail sales actually declined from 2014.  Due to this trend, mega-retailer Wal-Mart announced last week it is closing 269 stores.  Beleaguered KMart also announced more store closings as it, and parent Sears, continues the march to non-existence.  Nothing in traditional retail is on a growth trend.

Clearly the market trend toward on-line sales is intact.  Perhaps accelerating.  And Amazon is the huge leader.  Despite the recent route in value, had you bought Amazon one year ago you would still be up 97% (almost double your money.)  Reflecting market trends, Wal-Mart has declined 28.5% over the last year, while the Dow dropped 8.7%.

Amazon may not have bottomed in this recent swoon.  But, if you are a long-term investor, this drop is not important.  And, as a long-term investor you should be gratified that these prices offer an opportunity to buy Amazon at a valuation not available since October – before all that holiday good news happened.  If you have money to invest, the case is still quite clear to keep buying Amazon.

The trend toward using social media has not abated, and Facebook continues to be the gorilla in the room.  Nobody comes close to matching the user base size, or marketing/advertising opportunities Facebook offers.  Facebook is down 13.5% from November highs, but is up 24.5% from where it was one year ago.  With the trend toward internet usage, and social media usage, growing at a phenomenal clip, the case to hold what you have – and add to your position – remains strong.  There is ample opportunity for Facebook to go up dramatically over the next few years for patient investors.

When was the last time you bought a DVD?  Rented a DVD?  Streamed a movie?  How many movies or TV programs did you stream in 2015? In 2013?  Do you see any signs that the trend to streaming will revert?  Or even decelerate as more people in more countries have access to devices and high bandwidth?

Last week Netflix announced it is adding 130 new countries to its network in 2016, taking the total to 190 overall.  By 2017, about the only place in the world you won’t be able to access Netflix is China.  Go anywhere else, and you’ve got it.  Additionally, in 2016 Netflix will double the number of its original programs, to 31 from 16. Simultaneously keeping current customers in its network, while luring ever more demographics to the Netflix platform.

Netflix stock is known for its wild volatility, and that remains in force with the value down a whopping 21.8% from its November high.  Yet, had you bought 1 year ago even Friday’s close provided you a 109% gain, more than doubling your investment.  With all the trends continuing to go its way, and as Netflix holds onto its dominant position, investors should sleep well, and add to their position if funds are available.

Ever since Google/Alphabet overwhelmed Yahoo, taking the lead in search and on-line advertising the company has never looked back.  Despite all attempts by competitors to catch up, Google continues to keep 2/3 of the search market.  Until the market for search starts declining, trends continue to support owning Google – which has amassed an enormous cash hoard it can use for dividends, share buybacks or growing new markets such as smart home electronics, expanded fiber-optic internet availability, sensing devices and analytics for public health, or autonomous cars (to name just a few.)

The Dow decline of 8.7% would be meaningless to a shareholder who bought one year ago, as GOOG is up 37% year-over year.  Given its knowledge of trends and its investment in new products, that Google is down 12% from its recent highs only presents the opportunity to buy more cheaply than one could 2 months ago.  There is no trend information that would warrant selling Google now.

Despite spending most of the last year outperforming the Dow, a one-year investor would today be down 10.7% in Apple vs. 8.7% for the Dow.  Apple is off 27.6% from its 52 week high.  With a P/E (price divided by earnings) ratio of 10.6 on historical earnings, and 9.3 based on forecasted earnings, Apple is selling at a lower valuation than WalMart (P/E – 13).  That is simply astounding given the discussion above about Wal-mart’s operations related to trends, and a difference in business model that has Apple producing revenues of over $2.1M/employee/year while Walmart only achieve $220K/employee/year.  Apple has a dividend yield of 2.3%, higher than Dow companies Home Depot, Goldman Sachs, American Express and Disney!

Apple has a very strong base market, as the world leader today in smartphones, tablets and wearables.  Additionally, while the PC market declined by over 10% in 2015, Apple’s Mac sales rose 3% – making Apple the only company to grow PC sales.  And Apple continues to move forward with new enterprise products for retail such as iBeacon and ApplePay.  Meanwhile, in 2016 there will be ongoing demand growth via new development partnerships with large companies such as IBM.

Unfortunately, Apple is now valued as if all bad news imaginable could occur, causing the company to dramatically lose revenues, sustain an enormous downfall in earnings and have its cash dissipated.  Yet, Apple rose to become America’s most valuable publicly traded company by not only understanding trends, but creating them, along with entirely new markets.  Apple’s ability to understand trends and generate profitable revenues from that ability seems to be completely discounted, making it a good long-term investment.

In August, 2015 I recommended FANG investing.  This remains the best opportunity for investors in 2016 – with the addition of Apple.  These companies are well positioned on long-term trends to grow revenues and create value for several additional years, thereby creating above-market returns for investors that overlook short-term market turbulence and invest for long-term gains.