Sears Today, Walmart Tomorrow? Why You Don’t Want To Own Any Retail Stocks 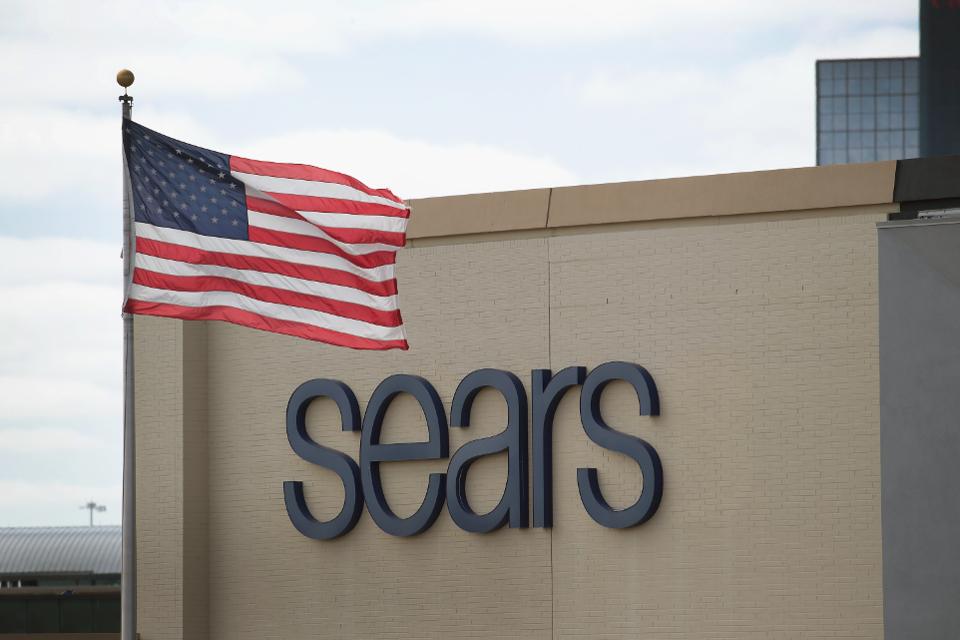 Traditional retailers just keep providing more bad news. Payless Shoes said it plans to file bankruptcy next week, closing 500 of its 4,000 stores. Most likely it will follow the path of Radio Shack, which hasn’t made a profit since 2011. Radio Shack filed bankruptcy and shut a gob of stores as part of its “turnaround plan.” Then in February Radio Shack filed its second bankruptcy — most likely killing the chain entirely this time.

Sears Holdings finally admitted it probably can’t survive as a going concern this week. Sears has lost over $10 billion since 2010 — when it last showed a profit — and owes over $4 billion to its creditors. Retail stocks cratered Monday as the list of retailers closing stores accelerated: Sears, KMart, Macy’s, Radio Shack, JCPenney, American Apparel, Abercrombie & Fitch, The Limited, CVS, GNC, Office Depot, HHGregg, The Children’s Place and Crocs are just some of the household names that are slowly (or not so slowly) dying.

None of this should be surprising. By the time CEO Ed Lampert merged KMart with Sears the trend to e-commerce was already pronounced. Anyone could build an excel spreadsheet that would demonstrate as online retail grew, brick-and-mortar retail would decline. In the low margin world of retail, profits would evaporate. It would be a blood bath. Any retailer with any weakness simply would not survive this market shift — and that clearly included outdated store concepts like Sears, KMart and Radio Shack which long ago were outflanked by on-line shopping and trendier storefronts.

Yet, not everyone is ready to give up on some retailers. Walmart, for example, still trades at $70 per share, which is higher than it traded in 2015 and about where it traded back in 2012. Some investors still think that there are brick-and-mortar outfits that are either immune to the trends, or will survive the shake-out and have higher profits in the future.

And that is why we have to be very careful about business myths. There are a lot of people that believe as markets shrink the ultimate consolidation will leave one, or a few, competitors who will be very profitable. Capacity will go away, and profits will return. In the end, they believe if you are the last buggy whip maker you will be profitable — so investors just need to pick who will be the survivor and wait it out. And, if you believe this, then you have justified owning Walmart.

Only, markets don’t work that way. As industries consolidate they end up with competitors who either lose money or just barely eke out a small profit. Think about the auto industry, airlines or land-line telecom companies.

Two factors exist which effectively forces all the profits out of these businesses and therefore make it impossible for investors to make money long-term.

First, competitive capacity always remains just a bit too much for the market need. Management, and often investors, simply don’t want to give up in the face of industry consolidation. They keep hoping to reach a rainbow that will save them. So capacity lingers and lingers — always pushing prices down even as costs increase. Even after someone fails, and that capacity theoretically goes away, someone jumps in with great hopes for the future and boosts capacity again. Therefore, excess capacity overhangs the marketplace forcing prices down to break-even, or below, and never really goes away.

Given the amount of retail real estate out there and the bargains being offered to anyone who wants to open, or expand, stores this problem will persist for decades in retail.

Second, demand in most markets keeps declining. Hopefuls project that demand will “stabilize,” thus balancing the capacity and allowing for price increases. Because demand changes aren’t linear, there are often plateaus that make it appear as if demand won’t go down more. But then something changes — an innovation, regulatory change, taste change — and demand takes another hit. And all the hope goes away as profits drop, again.

It is not a successful strategy to try being the “last man standing” in any declining market. No competitor is immune to these forces when markets shift. No matter how big, when trends shift and new forms of competition start growing every old-line company will be negatively affected. Whether fast, or slow, the value of these companies will continue declining until they eventually become worthless.

Nor is it successful long-term to try and segment the business into small groupings which management thinks can be protected. When Xerox brought to market photocopying, small offset press manufacturers (ABDick and Multigraphics ) said not to worry. Xeroxing might be OK in some office installations, but there were customer segments that would forever use lithography. Even as demand shrunk, well into the 1990s, they said that big corporations, industrial users, government entities, schools and other segments would forever need the benefits of lithography, so investors were safe. Today the small offset press market is a tiny fraction of its size in the 1960s. ABDick and Multigraphics both went through rounds of bankruptcies before disappearing. Xerography, its child desktop publishing, and its grandchild electronic screens, killed offset for almost all applications.

So don’t be lured into false hopes by retailers who claim their segment is “protected.” Short-term things might not look bad. But the market has already shifted to e-commerce and this is just round one of change. More and more innovations are coming that will make the need for traditional stores increasingly unnecessary.

Many readers have expressed their disappointment in my chronic warnings about Walmart. But those warnings are no different than my warnings about Sears Holdings. It’s just that the timing may be different. Both companies have been over-investing in assets (brick-and-mortar stores) that are declining in value as they have attempted to defend and extend their old business model. Both radically under-invested in new markets which were cannibalizing their old business. And, in the end, both will end up with the same results.

And this is true for all retailers that depend on traditional brick-and-mortar sales for their revenues and profits — it’s only a matter of when things will go badly, not if. So traditional retail is nowhere that any investor wants to be.