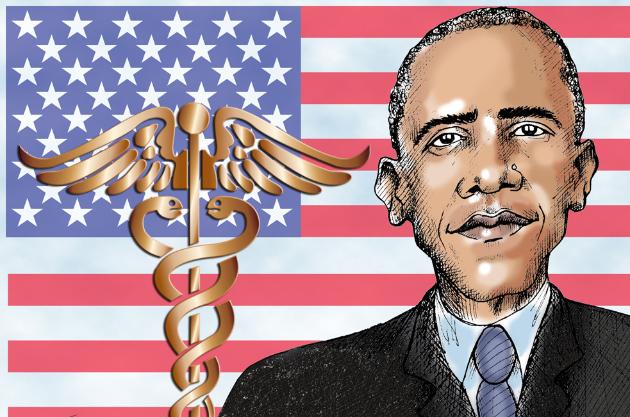 Obamacare is the moniker for the Affordable Care Act.  Unfortunately, a lot of people thought the last thing Obamacare would do was make health care more affordable.  Yet, early signs are pointing in the direction of a long-term change in America’s cost of providing health services.

The November, 2013 White House report on “Trends in Health Care Cost Growth” provides a plethora of data supporting declining health care costs.  Growth in health care cost per capita at 1% in 2011 was the lowest since record keeping began in the 1960s.  Health care inflation now seems to be about the same as general inflation, after 5 decades of consistently outpacing other price increases.  And Congressional Budget Office (CBO) projections of Medicare/Medicaid cost as a percent of Gross Domestic Product (GDP) have declined substantially since 2010.

Of course, one could easily accuse the White House of being self-serving with this report.  But at a February National Association of Corporate Directors Chicago Conference on health care,

all agreed that, indeed, the world has changed as a result of Obamacare.  And one short-term outcome is American health care trending toward greater affordability.

How Obamacare accomplished this, however, is not at all obvious.

The process of health care implementation, how patients were treated, was specified by medical professionals in conjunction with insurance companies and Medicare.   Patients had little – or nothing – to do with the decision making process.  The service was either offered, and largely free, or it wasn’t offered.

In effect, Americans abdicated health care decision-making to others.  The decisions about what would be treated, when and how was almost wholly made without patient involvement.  And what would be charged, as well as who would pay, was also made by someone other than the patient.  The patient had no involvement in determining if there was any sort of cost/benefit analysis, or the comparing of different care options.

Or, if it was Medicare the same process applied, just substitute for “employer” the words “a government agency.”

Americans had abdicated the decision-making process for health care to a cumbersome process that involved medical professionals, insurance companies and employers.  While patients may have acted like health care was free, everyone knew it was not free.  But the process of deciding what would be done, pricing and measuring benefits had been abdicated by patients to this process years ago.

Obamacare moves Americans from a world of abdication to a world of accountability.  Everyone now has to be insured, so the decision about what coverage each person has, at what level and cost, is now in the hands of the patient.  Rather than a single employer option, patients have a veritable smorgasboard of coverage options from which they can select.  And this begins the process of making each person accountable for their health care cost.

When people receive treatment, by and large more is now being paid by the patient.  And once people had to start paying, they had to be accountable for the cost (higher deductibles and co-pays had already started this process before Obamacare.)  When people became accountable for the cost, a lot more questions started to be asked about the price and the benefit.  Instead of consuming everything that was available, because there was no cost implication, patient accountability for some of the cost has now forced people to ask questions before committing to treatments.

Higher accountability now has consumers (patients) asking for more choices.  And more choices pushes providers to realize that price and delivery make a difference to the patient – who is now a decision-making buyer.

In economic lingo, accountability is changing the health care demand and supply curves.  Previously there was no elasticity of demand.  Patients had no incentives to reduce demand, as health care was perceived as free.  Providers had no incentive to alter supply, because the more they supplied the more they were paid.  Both supply and demand went straight up, because there was no pricing element to stand in the way of both increasing geometrically.

But now patients are making decisions which alter demand. Increasingly they determine what procedures to have, based on price and expected outcomes. And supply is now altered based upon provider and price.  Patients can shop amongst hospitals and outpatient facilities to determine the cost of minor surgery, for example, and decide which solution they prefer.  More services, at different locations and different price points alter the supply curve, and make an impact on the demand curve.  We now have elasticity in both demand and supply.

A patient with a mild heart arythmia can decide if they really need an in-house EKG with a cardiologist review, or substitute an EKG detected from a smartphone diagnosed by an EKG tech remotely.  With both services offered at very different price points (and a host of options in the middle,) it is possible for the patient to change their demand for something like an EKG – and on to total cost of cardiac care.  They may buy more of some care, such as services they find less costly, or providers that are less pricey, and less of another service which is more costly due to the service, the provider or a combination of the two.

And thus accountability starts us down the road to greater affordability.

In distribution terms, the old system was a “wholesale system” which had very expensive suppliers with pricing which was opaque – and often very bizarre.  Pricing was impossible to understand.  Middlemen in insurance companies hired by employers tried to determine what services should be given to patients, and at what prices for the employers (not the patient) to pay.  This wholesale distribution method of health care drove prices up.  Neither those creating demand (patients) or those offering the supply (medical providers) had any incentive to use less health care or lower the price.  And often it left both the patient and the supplier extremely unhappy with how they were treated by arbitrary middle men more interested in groups than individuals.

But the new system is a retail system.  Because the patient no longer abdicates decision making to middle-men, and instead is accountable for the health care they receive and the price they pay. It is creating a far more rational pricing system, and generating new curves that are starting to balance both supply and demand; while simultaneously encouraging the implementation of new options that provide the ability to enhance the service and/or outcome at lower price points.

Obamacare is just beginning its implementation.  “The devil is in the details,” and as we saw with the government web site for exchanges there have been many, many glitches.  As with anything so encompassing and complex, there are lots of SNAFUs. The market is still far from transparent, and patients are far from educated, much less fully informed, decision makers. There is a lot of confusion amongst providers, suppliers and patients.  Regulations are unclear, and not always handled consistently or judiciously.

But, America has made one heck of a start toward containing something which has overhung economic growth since the 1970s.  The health care cost trend is toward greater price visibility, smarter consumers, more options and lower health care costs both short- and long-term.

In the 1960s Congress, and the nation, was deeply divided over passing the Civil Rights Act.  Its impact would be significant on both the way of life for many people, and the economy.  How it would shape America was unclear, and many opposed its passage.  Called for by President Kennedy, President Johnson worked hard – and with lots of strong-arming – to obtain its passage after Kennedy’s death.

After a lot of haggling, some Congressional trickery, filibustering and a lot of legal challenges, the Civil Rights Act was passed in 1964 and it ushered in a new wave of economic growth as it freed resources to add to the American economy instead of being held back.  It was a game changer for the nation, and 40 years later, it’s hard to imagine an America without the gains made by the Civil Rights Act.

Looking 40 years forward, Obamacare – the ACA – may well be legislation that is seen as an economic game changer.  Although its passage was bruising to many in the nation, it changed health care from a system of patient abdication to one of patient accountability, and thereby directed health care toward greater affordability for the country and its citizens.