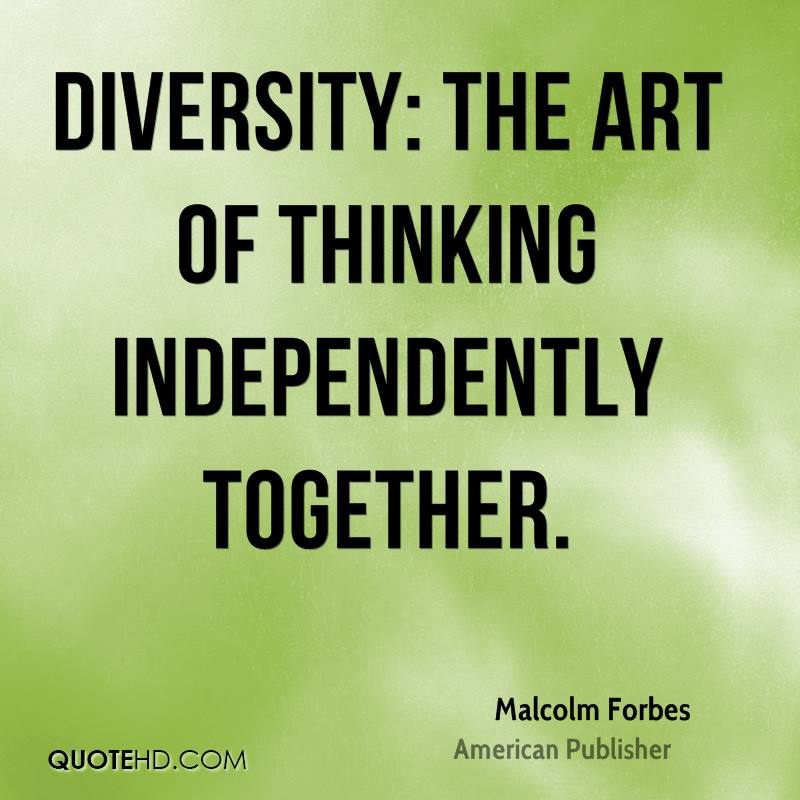 Did you ever notice that Human Resource (HR) practices are designed to lock-in the past rather than grow?  A quick tour of what HR does and you quickly see they like to lock-in processes and procedures, insuring consistency but offering no hope of doing something new.  And when it comes to hiring, HR is all about finding people that are like existing employees – same school, same degrees, same industry, same background.  And HR tries its very hardest to insure conformity amongst employees to historical standard – especially regarding culture.

Several years ago I was leading an innovation workshop for leaders in a company that made nail guns, screw guns, nails and screws.  Once a market leader, sales were struggling and profits were nearly nonexistent due to the emergence of competitors from Asia.  Some of their biggest distributors were threatening to drop this company’s line altogether unless there were more concessions – which would insure losses.

They liked to call themselves a “fastener company,” which has long been the trend with companies that like to make it sound as if they do more than they actually do.

I asked the simple question “where is the growth in fasteners?”  The leaders jumped right in with sales numbers on all their major lines.  They were sure that growth was in auto-loading screwguns, and they were hard at work extending this product line.  To a person, these folks were sure they new where growth existed.

But I had prepared prior to the meeting.  There actually was much higher growth in adhesives.  Chemical attachment was more than twice the growth rate of anything in the old nail and screw business.  Even loop-and-hook fasteners [popularly referred to by the tradename Velcro(c)] was seeing much greater growth than the old-line mechanical products.

They looked at me blank-faced.  “What does that have to do with us?” the head of sales finally asked.  The CEO and everyone else nodded in agreement.

Competitors were making lots of battery powered and air powered tools beyond nail guns and screw guns, and their much deeper product lines gave them much higher favorability with retail merchandisers and professional tool distributors.  Plus, competitor R&D into batteries was already showing they could produce more powerful and longer-lasting tools than my client.  In a few major retailers competitors already had earned the position of “category leader” recommending the shelf space and layout for ALL competitors, giving them a distinct advantage.

This company had become myopic, and did not even realize it.  The people were so much alike that they could finish each others sentences.  They liked working together, and had built a tightly knit culture.  The HR head was very proud of his ability to keep the company so harmonious.

Only, it was about to go bankrupt.  Lacking diversity in background, they were unable to see beyond their locked-in business model.  And there sure wasn’t anyone who would “rock the boat” by admitting competitors were outflanking them, or bringing up “wild ideas”  for new markets or products.

According to the New York Times 80% of hiring is done based on “cultural fit.”  Which means we hire people we want to hang out with. Which almost always means people that are a lot like ourselves.  Regardless of what we really need in our company.  Thus companies end up looking, thinking and acting very homogenously.

It is common amongst management authors and keynote speakers to talk about creating “high-performance teams.” The vaunted Jim Collins in “Good to Great” uses the metaphor of a company as a bus.  Every company should have a “core” and every employee should be single-mindedly driving that “core.” He says that it is the role of good leaders to get everyone on the bus to “core.”  Anyone who isn’t 100% aligned – well, throw them off the bus (literally, fire them.)

We see this phenomenon in nepotism.  Where a founder, CEO or Chairperson who succeeds uses their leadership position to promote relatives into high positions.

Wal-Mart’s Board of Directors, for example, recently elected the former Chairman’s son-in-law to the position of Chairman.  He appears accomplished, but today Wal-Mart’s problem is Amazon and other on-line retail. Wal-Mart desperately needs outside thinking so it can move beyond its traditional brick-and-mortar business model, not someone who’s indoctrinated in the past.

The Reputation Institute just completed its survey of the most reputable retailers in the USA.  Top of the list was Amazon, for the third straight year.  Wal-Mart wasn’t even in the top 10, despite being the largest U.S. retailer by a considerable margin.  Wal-Mart needs someone at the top much more like Jeff Bezos than someone who comes from the family. 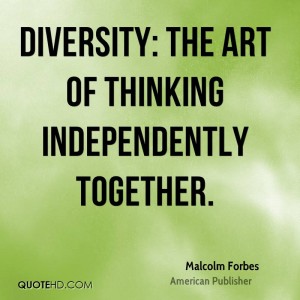 Despite what HR often says, it is incredibly important to have high levels of diversity.  It’s the only way to avoid becoming myopic, and finding yourself with “best practices” that don’t matter as competitors overwhelm your market.

Ever wonder why so many CEOs turn to layoffs when competitors cause sales and/or profits to stall?  They are trying to preserve the business model, and everyone reporting to them is doing the same thing.  Instead of looking for creative ways to grow the business – often requiring a very different business model – everyone is stuck in roles, processes and culture tied to the old model.  As everyone talks to each other there is no “outsider” able to point out obvious problems and the need for change.

In 2011, while he was still CEO, I wrote a column titled “Why Steve Jobs Couldn’t Find a Job Today.” The premise was pretty simple. Steve Jobs was not obsessed with “cultural fit,” nor was he a person who shied away from conflict.  He obsessed about results.  But no HR person would consider a young Steve Jobs as a manager in their company.  He would be considered too much trouble.

Yet, Steve Jobs was able to take a nearly dead Macintosh company and turn it into a leader in mobile products.  Clearly, a person very talented in market sensing and identifying new solutions that fit trends.  And a person willing to move toward the trend, rather than obsess about defending and extending the past. 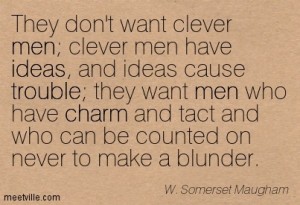 Does your organization’s HR insure you would seek out, recruit and hire Steve Jobs, or Jeff Bezos?  Or are you looking for good “cultural fit” and someone who knows “how to operate within that role.”  Do you look for those who spot and respond to trends, or those with a history related to how your industry or business has always operated?  Do you seek people who ask uncomfortable questions, and propose uncomfortable solutions – or seek people who won’t make waves?

Too many organizations suffer failure simply because they lack diversity.  They lack diversity in geographic sales, markets, products and services – and when competition shifts sales stall and they fall into a slow death spiral.

And this all starts with insufficient diversity amongst the people.  Too much “cultural fit” and not enough focus on what’s really needed to keep the organization aligned with customers in a fast-changing world. If you don’t have the right people around you, in the discussion, then you’re highly unlikely to develop the right solution for any problem.  In fact, you’re highly unlikely to even ask the right question.