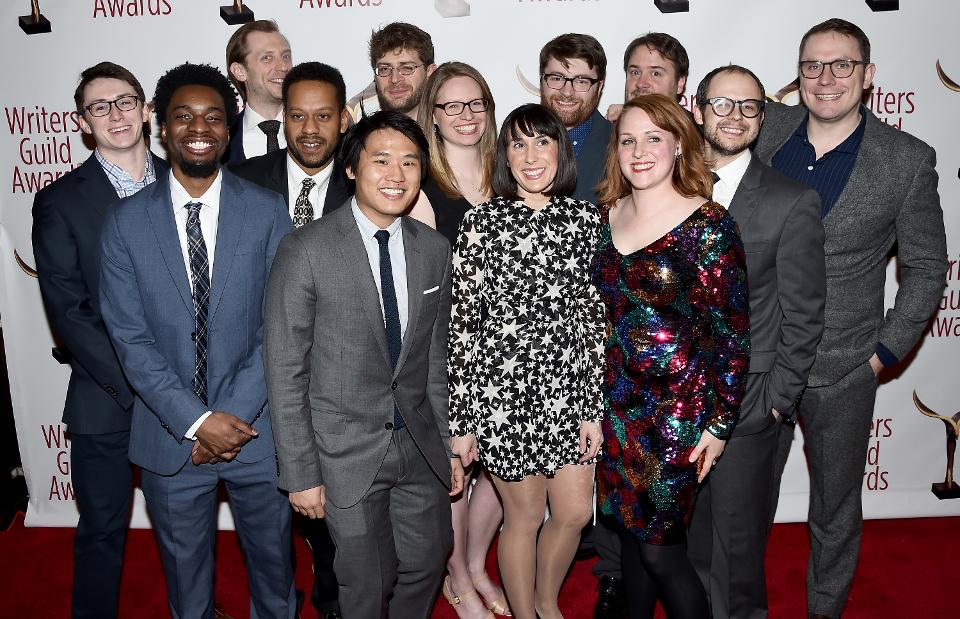 The Late Show hosted by Stephen Colbert is now the #1 program in late night television.  This come-from-far-behind change in market leadership, overtaking The Tonight Show hosted by Jimmy Fallon, is not about politics.  It is about understanding trends and using them to create value.

Back in February, 2014 there was real concern about the future of late night television.  Audiences had peaked decades before, when Nightline was huge and competed with The Tonight Show hosted by legend Johnny Carson. By 2014 many wondered if American programming after the late news was all shifting to cable TV as audiences continued shrinking.  Producers replaced Jay Leno with Jimmy Fallon in order to revitalize viewers.  Jimmy Kimmel was moved up in time as ABC killed Nightline, hoping he could carve out a growing niche.  And David Letterman, late night’s senior statesman, was about to be replaced by cable satirist Stephen Colbert.  But these changes gathered little industry interest, because the time slots simply were not doing well for broadcasters – or advertisers.

Fallon maintained a dominant lead in the time slot as Colbert’s first year was a yawner.

As TheWrap.com reported in September, 2016, despite the fanfare of Colbert taking over hosting, he “posed no threat whatsoever to Jimmy Fallon.”  Fallon’s show maintained a huge lead. With 3.65 million viewers it bested The Late Show by over 800,000.  Colbert, with 2.82 million viewers seemed mostly trying to keep a lead over Kimmel’s 2.3 million viewers.
But, as the New York Times headlined on May 17, 2017 “Jimmy Fallon Was On Top of the World. Then Came Trump.”  During 2016 viewers were engaged in the knock-down-drag-out political battle for the Presidency.  In an effort to build on political interest, Fallon’s producers invited Donald Trump on the show.  Unfortunately, most people viewed Mr. Fallon’s interview as fluff, and given the heat of the rhetoric the critics tore into Fallon hard for an interview that fell far short of its possibilities.  Some considered it a turning point, an interview from which Fallon has yet to recover his full audience following.

Meanwhile the producers at The Late Show kept their eyes on the mood of the electorate.

They had largely let Colbert promote Democrat Clinton, and even though she lost the election noted she had won the popular vote.  As Colbert continued to criticize the President, his audience grew.  Soon, Colbert was beating Fallon in total audience – something nobody predicted just a few months earlier.  It was quite a surprise when the 2016-2017 September to May season drew to a close and it was discovered that Colbert actually won the time slot, producing a larger total audience than Fallon.  It was only about 20,000 – but it was a win few saw coming.

The Late Show writers and producers noted the historic and growing unpopularity of President Trump, and the public interest in ongoing investigations, and built the headlines into the show.  Variety headlined on 7/25/17 “Stephen Colbert’s Russia Week Lofts Late Show to Biggest Weekly Win Ever.”  Using audience trends The Late Showdevoted a week to a comical look at Russia, which saw it generate a 2.87million total audience in comparison to The Tonight Show‘s 2.42million – a beat of a whopping 450,000 viewers. 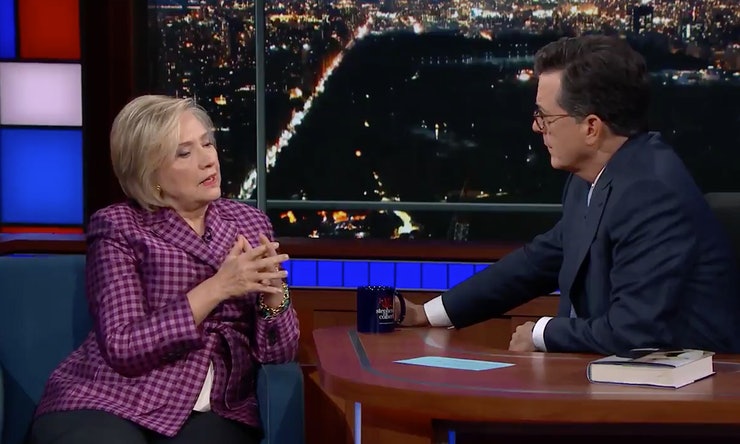 Photo: CBS
Continuing to evaluate what interested the public, producers brought on losing candidate Hillary Clinton, long supported by the show, to create Colbert’s largest audience since launch.  The next night they brought on President Trump’s former Communications Director, Republican and Trump supporter Anthony Scaramucci, to an even bigger audience.  By August 4 Colbert bested Fallon by 900,000 viewers for its biggest weekly win ever, and Colbert was clearly the summer winner with an audience growing at 11% while competitors were losing viewers.

All of this is very good news for CBS.

NBC (NBC/Universal is a division of Comcast) is not losing money on The Tonight Show.  And in the desirable segment of those age 18-49 Fallon still has the largest audience.  But, it is a good thing for CBS to have so many new viewers.  It brings in more advertisers, and higher revenues for each ad.   This leads to more profits.

One might say that this is all about the hosts, and their political leanings.  Maybe the content is driven by host opinions.  But CBS is winning viewers because it is following trends, and matching its programming to trends.  This is growing its late night audience, while NBC’s is shrinking.

Steve Burke, chief executive of NBC Universal was quoted in the New York Times saying “I think the answer is for Jimmy to be Jimmy.”  Sounds like what a father might say about his son when the boy finds himself in a rough patch.  But I’m not so sure its the position a company CEO should take regarding a very expensive employee in the lead of a major project.

Maybe NBC’s producers should spend more time looking at trends, and figuring out how to program content that will improve The Tonight Show‘s competitiveness.  The show was upended in just one year.  What will total audience look like next May when the 2017-2018 season ends?  Will revenues and profits be unaffected if NBC’s audience keeps falling while CBS’s keeps growing?

For the rest of us, the lesson should be clear.  Nobody is relegated to always being #2.  Regardless the leader’s size, if you study trends and figure out how to leverage them you can grow, and you can become #1.

Understanding trends and applying them to your business is the best way to invigorate growth and improve your competitiveness.