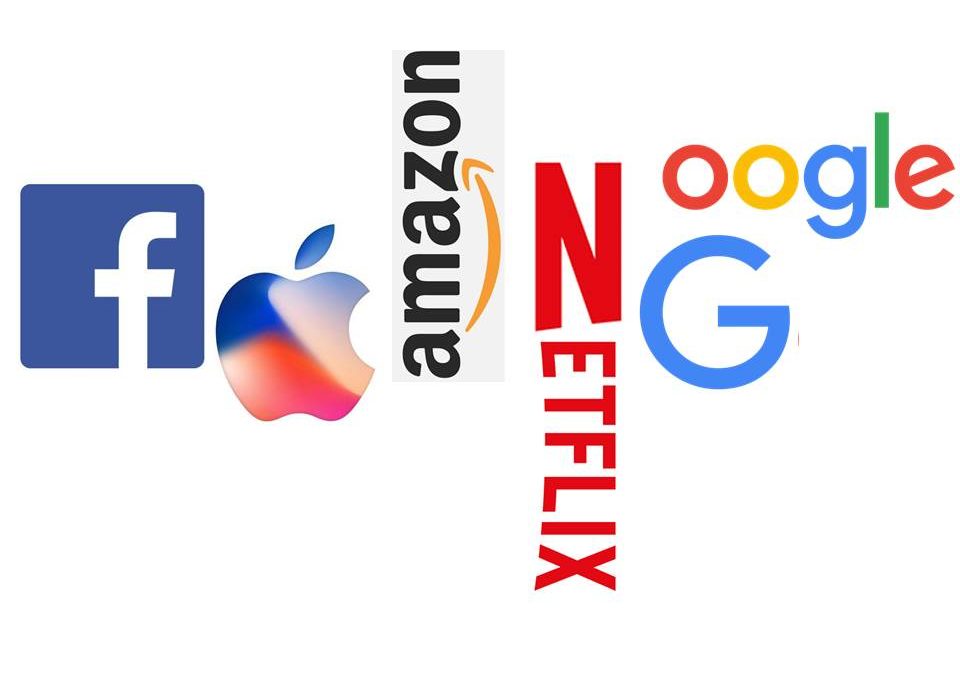 Since 2012, I’ve been a huge fan of Facebook, Apple, Amazon, Netflix and Google. And they have dramatically outperformed the market. In the last few weeks their values have fallen dramatically, and I’ve heard grumblings that these are no longer the stocks to own.

I virulently disagree. Great companies are where you should invest. If you don’t think these are great companies, you would be right to sell them (such as GE, Sears, and many others.) But despite complaints about privacy, usage rates, nefarious users, and other attacks on technology, the reality is that we love the convenience these companies gave us. We may not think things are perfect, but we are a lot happier than we used to be, and we are pretty happy with how these companies respond to product concerns.

These mega-trends are the foundation of the FAANG companies. These companies became great by understanding these trends, then developing products for these trends that have attracted billions of customers. Their revenue growth continues, just as their product development continues. And their profits keep growing as well. Nobody ever saved their way to prosperity. To increase value you must increase profitable revenues. And that capability has not left these companies.

Some of these company’s leaders have recently been called to Washington to testify. Will they be attacked, split up, further regulated? Will the government kill the golden goose? Given that the US House of Representatives has not firmly moved to the Democrats, I see almost no sign of that happening. Democrats like happy constituents, and given how happy consumers are with these companies the Democrats are very unlikely to intervene. There has long been a deep friendship, built on significant campaign financing and lobbyist involvement, between these companies and Democrats. The change in government almost insures that the actions in Washington will prove to just be a lot of short-term heat, with little change in the overall lighting.

I don’t know when these stocks will reach a short-term bottom. Just like nobody can predict market highs, it is impossible to predict lows. But the one thing I feel very strongly about is that in a year these companies will be worth more than they are valued today.

For insight into my strong favorability for these companies, take a look at the infographic I’ve provided regarding Facebook. Despite the Facebook stock ups-and-downs, this infographic explains why long-term it has been very smart to buy Facebook. Despite how people have “felt” about the company, it is a GREAT company built on powerful trends. To understand even better, buy the ebook “Facebook, The Making of a Great Company” on Amazon for 99 cents. 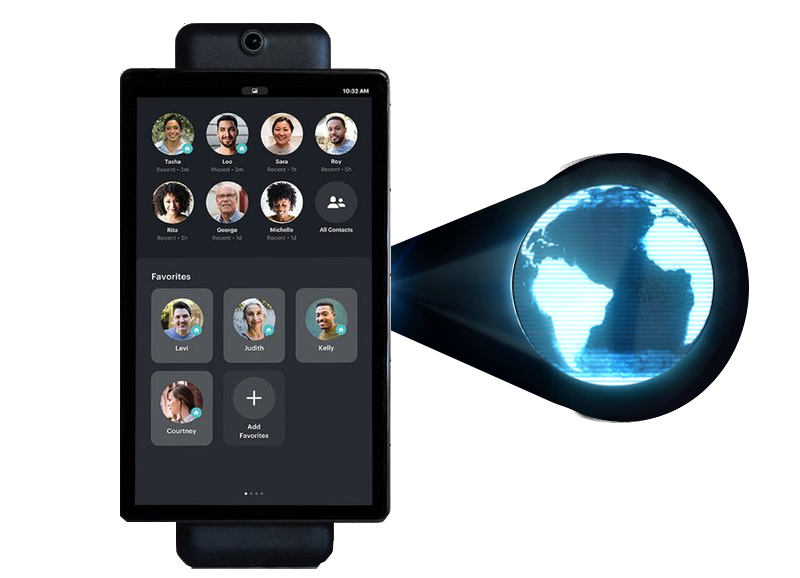 Facebook Launches “Portal” – Why You Want to Pay Attention

As all readers know, I am a fan of owning Facebook’s stock. For years I have pointed out that Facebook has been incredibly innovative at bringing people together. First, it was Facebook.com, but then leadership added WhatsApp and Messenger to expand the ability to communicate, and after that, Instagram which augmented communications via pictures and video.  These capabilities, largely asynchronous, have expanded how easily we can communicate with friends, colleagues and business connections. It is this capability that made Facebook a success, because it brought people to the platforms – and as the audience grew advertising dollars grew as well.

(Watch my 2 minute video on Facebook the Innovation Engine)

Now, Facebook has launched “Portal.” It’s a piece of hardware, similar to a tablet in size. It has a speaker and a microphone, like a smart speaker on steroids, or like an enhanced tablet designed for communicating. Built on Android, it supports a plethora of apps, and it integrates with Alexa so you can not only talk to up to 7 people at the same time, but you can all listen to music via Spotify or Pandora, etc., and you can use it to make purchases on Amazon.com

At first you’d probably say this doesn’t sound very exciting. After all, aren’t we awash in hardware from smart phones to tablets to laptops to smart speakers and connected home devices? Why would we want another piece of hardware, when we already have so many that do so many different things? And didn’t Amazon infamously try to launch a enhanced smartphone (Fire Phone) and enhanced tablet (Fire Tablet) targeted at shopping, only to fail miserably? You could say Portal is likely to follow Fire into the tech archives.

And, on top of this, aren’t people paranoid about Facebook and privacy? After Cambridge Analytica manipulated Facebook data in the last election, and then the recent breach which could have revealed information on 50 million users, aren’t people going to quit using Facebook products?

There really isn’t much data to indicate people care about these breaches, or possibly illegal uses of data. Almost everyone now realizes that whatever they post on any Facebook platform, the information is public. And the reality is that by putting their information out there it actually makes users’ lives easier. Users get connections they want, information they want, and products they want that much faster, and easier. These platforms make their lives more convenient, and billions of people have no problem exchanging somewhat personal information for the convenience it provides. The more Facebook knows about them, the easier their lives are, and the richer their network communications.

That is why I’m optimistic that Portal will have an audience. Facebook Messenger has 400 million users. Those users generated 17 billion messages in 2017. Now, imagine if those users could use Portal to make those messages clearer, more powerful. And, as of June, 2018 Instagram has 1 billion monthly active users. If you have Portal it makes Instagram connecting much easier and more interesting.

Portal doesn’t have to replace an existing smartphone or tablet. It merely has to help the people who use Facebook platforms have a deeper, more powerful connection with those in their network. If it does that, there is an enormous installed base of users who could find Portal helpful, in many ways. More helpful than a stand-alone, limited use Echo (or Dot) speaker, for example, which have sold over 47 million units so far.

Facebook is good at understanding its value proposition which is connecting people in powerful ways. Facebook has shelved products that didn’t augment this value proposition – like a generalized smart phone. But Portal has the ability to further enhance user experiences, and that gives it a decent chance of being successful. And when Facebook adds its Oculus technology to Portal, allowing for 3D communications, Portal could become a one-of-a-kind product for communicating with your network.

For a look back at Facebook’s history, and my forecasts for the company, read my new ebook, “Facebook – The Making of a Great Company.” (At Amazon.com for just 99 cents!) It will help you take a longer look at Facebook’s leadership, and give you a different view on Facebook’s future than the current negative press is providing. With the stock $70 off its high, and trading at the same price it was a year ago, you just might think this is a buying opportunity.