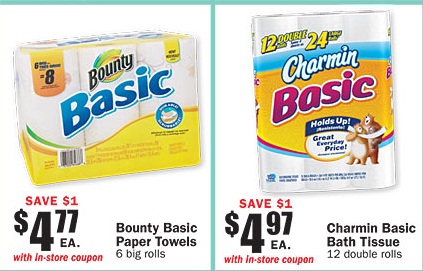 The Dow Jones Industrial Average (DJIA) is down 400 points today. Down 8% since its high 3 weeks ago, and now showing no gains for the entire year.

There seems little immediate explanation for the fast drop.  When major financial news outlets say it is caused by Ebola fears you can be assured those being asked “why” are clutching at straws.  They have no clear explanation.  This could be nothing more than a 10% correction, a short-term break in the long-term bull which has gone on for a remarkable 3 years.

There is at least one good reason investors should be concerned.

For the last decade, corporations have been about the biggest buyers of equities.  Since 1998 85% of all corporate earnings have gone into share buyback programs.  Buybacks do not add value to a company, they merely reduce the number of shares. By reducing the number of outstanding shares, earnings per share (EPS) can go up, even if earnings do not go up.  But reducing the denominator the answer increases, even if the numerator does not change – or goes up only slightly.  Thus per share earnings have increased, on average, 6.2% quarterly – more than double the revenue increase of only 2.6%.  All artificial growth – not a true increase in corporate performance.

In 2014 95% of S&P 500 corporate earnings will go toward buybacks and dividends – in effect increasing investor returns while doing nothing to make the companies better.  In the 1st quarter money paid to investors exceeded S&P 500 profits, and likely will do so again in the 3rd quarter.  All of which props up stocks in the short-term, but removes cash from the companies. Cash which could be used to invest in growing revenues long-term.

This is not new.  In the last decade, cash for buybacks has doubled.  Today, 30% of free cash flow goes into stock repurchases, a rate double that of 2002.

Meanwhile investment in plant and equipment has declined from over 50% of cash flow to under 40%.  Today the average age of plant and equipment in the USA is 22 years – the oldest it has been since 1956! In an era of almost free money – with interest rates in low single digits and often less than inflation – corporations are taking on debt NOT to invest in growth, but rather to simply pay out more to shareholders in efforts to prop up stock prices.  And they’ve done it now for so long – over a decade – that the short-term has become the long-term, and there is precious little invested base from which future revenues and profits can grow.

Leaders for the past several years have failed their investors by not investing cash flow in innovation for long-term growth.  Instead of new products creating new markets, the only innovations being funded have been focused solely on defending and extending past product sales.  With an inordinate fear of risk, and a complete lack of future vision, what passes for innovation are attempts to sustain the old stuff rather than create something new.

For example, P&G’s leaders gave investors the “Basic” line of products.  These were literally less good products, a throwback to earlier quality levels, repackaged and sold at a lower price.  The last really “new” product from P&G was the Swiffer mop – and that was back in 1999.  Since then we’ve had what seems to be infinite variations of that product, all intended to extend its life.  Where’s the new “great thing” that will jump revenues and sustain profits for years into the future?

There are exceptions to this generalization.  Of course Facebook is changing media and advertising, while Netflix is redeveloping how we enjoy entertainment.  Amazon has us buying on-line instead of in retail stores, and wondering if we’ll someday receive same-day shipping via drones.  And Apple has moved us into the world of apps encouraging us to buy smartphones and tablets while dumping land-lines, cell phones and PCs.  So there are some serious innovators out there.

But, for long-term investors overall, there is a big reason to worry.  This DJIA drop may be merely a “normal 10% correction.”  But, equities cannot go up forever on declining cash flow from ancient investments of previous leaders and interest-free debt accumulation.  For equities to continue their upward trajectory at some time companies have to launch new products, create new markets and generate sustainable long-term profits.  In other than a handful of noteworthy companies, there isn’t much of this kind of investment happening today – or over the last 10-15 years.

Eventually, costs of capital will go up.  And cash flow from old investments will go down.  If there aren’t real sales growth opportunities there could be declining real profits. Without buybacks to feed the bull, a raging bear could overtake the scene.