Amazon Alexa Is Becoming Ubiquitous – And That’s an Apple Threat 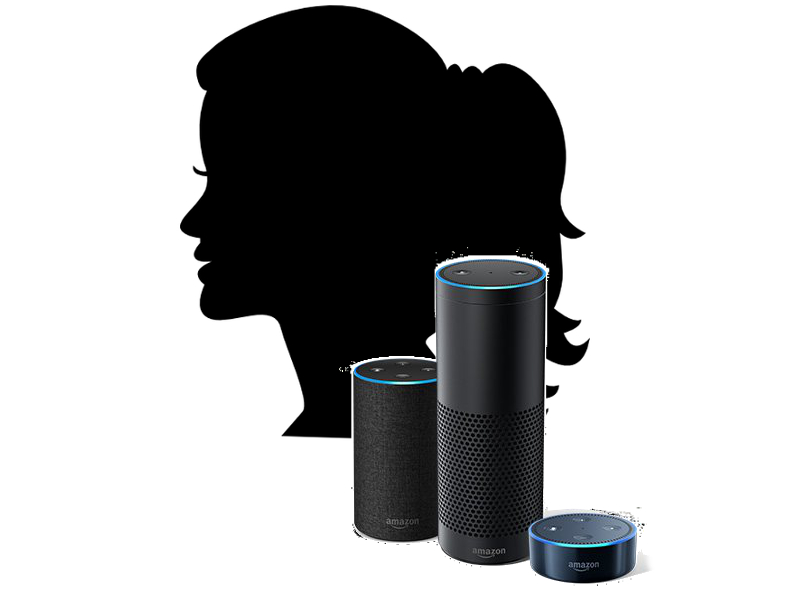 One in five American homes with wifi now has an Amazon Alexa. And the acceptance rate is growing. To me that seems remarkable. I remember when we feared Google keeping all those searches we did. Then the fears people seemed to have about Facebook knowing our friends, families and what we talked about. Now it appears that people have no fear of “big brother” as they rapidly adopt a technology into their homes which can hear pretty near everything that is said, or that happens.

It goes to show that for most people, convenience is still incredibly important. Give us mobile phones and we let land-lines go, because mobile is so convenient – even if more expensive and lower quality. Give us laptops we let go of the traditional office, taking our work everywhere, even at a loss of work-life balance. Give us e-commerce and we start letting retailers keep our credit card information, even if it threatens our credit security. Give us digital documents via Kindle, or a smart device on the web grabbing short articles and pdf files, and we get rid of paper books and magazines. Give us streaming and we let go of physical entertainment platforms, choosing to download movies for one-time use, even though we once thought “owning” our entertainment was important.

With each new technology we make the trade-off between convenience and something we formerly thought was important. Such as quality, price, face-to-face communications, shopping in a store, owning a book or our entertainment – and even security and privacy. For all the hubbub that regulators, politicians and the “old guard” throws up about how important these things were, it did not take long for these factors to not matter as convenience outweighed what we used to think we wanted.

Now, voice activation is becoming radically important. With Google Assistant and Alexa we no longer have to bother with a keyboard interface (who wants to type?) or even a small keypad – we can just talk to our smart device. There is no doubt that is convenient. Especially when that device learns from what we say (using augmented intelligence) so it increasingly is able to accurately respond to our needs with minimal commands. Yes, this device is invading our homes, our workplaces and our lives – but it is increasingly clear that for the convenience offered we will make that trade-off. And thus what Alexa can do (measured in number of skills) has grown from zero to over 45,000 in just under 3 years.

And now, Amazon is going to explode the things Alexa can do for us. Historically Amazon controlled Alexa’s Skills market, allowing very few companies to make money off Alexa transactions. But going forward Amazon is monetizing Alexa, and developers can keep 70% of the in-skill purchase revenues customers make. Buy a product or service via Alexa and developers can now make a lot of money. And, simultaneously, Amazon is offering a “code-free” skills developer, expanding the group of people who can write skills in just minutes. In other words, Amazon is setting off a gold rush for Alexa skills development, while simultaneously making the products remarkably cheap to own.

This is horrible news for Apple. Apple’s revenue stagnated in 2016, declining year over year for 3 consecutive quarters. I warned folks then that this was a Growth Stall, which often implies a gap is developing between the company and the market. While Apple revenues have recovered, we can now see that gap. Apple still relies on iPhone and iPad sales, coupled with the stuff people buy from iTunes, for most of its revenue and growth. But many analysts think smartphone sales may have peaked. And while focusing on that core, Apple has NOT invested heavily in Siri, its voice platform. Today, Siri lags all other voice platforms in quality of recognition, quality of understanding, and number of services. And Apple’s smart speaker sales are a drop in the ocean of Amazon Echo and Echo Dot sales.

By all indications the market for a lot of what we use our mobile devices for is shifting to voice interactivity. And Apple is far behind the leader Amazon, and the strong #2 Google. Even Microsoft’s Cortana quality is considered significantly better than Siri. If this market moves as fast as the smartphone market grew it will rob sales of smartphones and iTunes, and Apple could be in a lot of trouble faster than most people think. Relevancy is a currency quickly lost in the competitive personal technology business.