A Christmas Carole 2015 – The Ebenezer 1% and Cratchit Middle Class 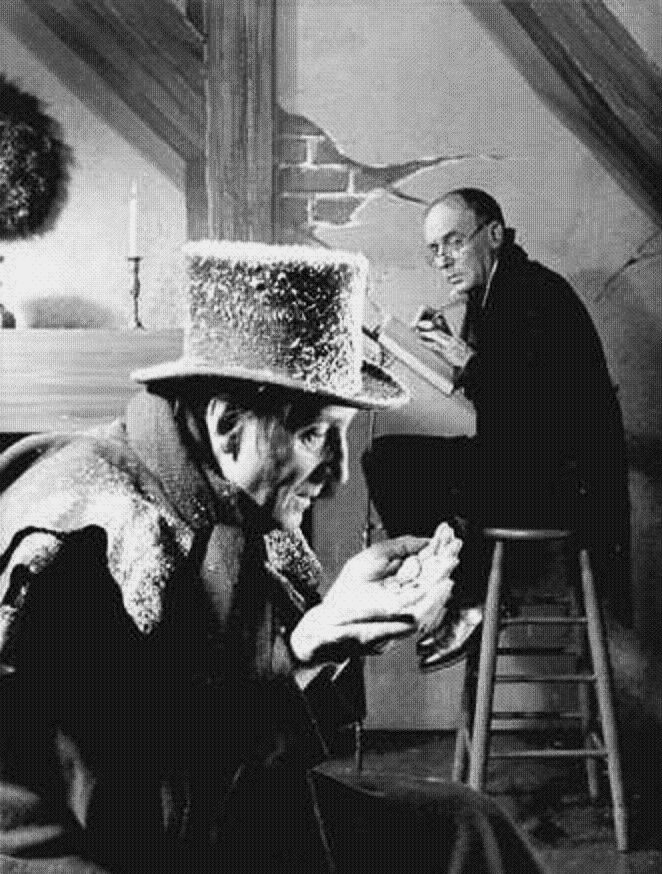 America’s middle class has been decimated. Ever since Ronald Reagan rewrote the tax code, dramatically lowering marginal rates on wealthy people and slashing capital gains taxes, America’s wealthy have been amassing even greater wealth, while the middle class has gone backward and the poor have remained poor. Losing 30% of their wealth, and for many most of their home equity, has left what were once middle class families actually closer to definitions of working poor than a 1950s-1960s middle class.

When Charles Dickens wrote “A Christmas Carole” he brought to life for readers the striking difference between those who “have” from those who “have not” in early England. If you had money England was a great place to be. If you relied on your labors then you were struggling to make ends meet, and regularly disappointing yourself and your family.

For a great many American’s that is the situation in 2015 USA.

At the book’s outset, Mr. Ebenezer Scrooge felt that his wealth was all due to his own great skill. He gave himself 100% of the credit for amassing a fortune, and he felt that it was wrong of laborers, such as his bookkeeper Mr. Cratchit, to expect to pay when seeking a day off for Christmas.

Unfortunately, this sounds far too often like the wealthy and 1%ers. They feel as if their wealth is 100% due to their great intelligence, skill, hard work or conniving. And they don’t think they owe anyone anything as they work to keep unions at bay as they campaign to derail all employee bargaining. Nor do they think they should pay taxes on their wealth as many actively seek to destroy the role of government.

Meanwhile, there are employers today who have taken a page right out of Mr. Scrooge’s book of worklife desolation. Ever since President Reagan fired the Air Traffic Controllers Union employee rights have been on the downhill.  Employers increasingly do not allow employees to have any say in their work hours or workplace conditions – such as Marissa Mayer eliminating work from home at Yahoo, yet expecting 3 year commitments from all managers.

Just as Mr. Scrooge refused to put more coal in the office stove as Mr. Cratchit’s fingers froze, employers like WalMart rigidly control the workplace environment – right down to the temperature in every single building and office – in order to save cost regardless of employee satisfaction. Workplace comfort has little voice when implementing the CEOs latest cost-saving regimen.

Just as Mr. Scrooge objected to giving the 25th December as a paid holiday (picking his pocket once a year was his viewpoint,) many employers keep cutting sick leave and holidays – or, worse, they allow days off but expect employees to respond to texts, voice mails, emails and social media 24x7x365.  “Take all the holiday you want, just respond within minutes to the company’s every need, regardless of day or time.”

Increasingly, those who “go to work” have less and less voice about their work. How many of you readers will check your work voice mail and/or email on Christmas Day? Is this not the modern equivalent of your employer, like Scrooge, treating you like a filcher if you don’t work on the 25th December? But, do you dare leave the smartphone, tablet or laptop alone on this day? Do you risk falling behind on your job, or angering your boss on the 26th if something happened and you failed to respond?

Like many with struggling economic uncertainty, Bob Cratchit had a very ill son. But Mr. Scrooge could not be bothered by such concerns. Mr. Scrooge had a business to run, and if an employee’s family was suffering then it was up to social services to take care of such things. If those social services weren’t up to standards, well it simply was not his problem. He wasn’t the government – although he did object to any and all taxes. And he had no value for the government offering decent prisons, or medical care to everyone.

Today, employers right and left have dropped employee health insurance, recommending employees go on the exchanges; even though these same employers do not offer any incremental income to cover the cost of exchange-based employee insurance. And many employers are cutting employee hours to make sure they are not able to demand health care coverage. And the majority of employers, and employer associations such as the Chamber of Commerce, want to eliminate the Affordable Care Act entirely, leaving their employees with no health care at all – as was the case for many prior to ACA passage.

Even worse, there are employers (especially in retail, fast food and other minimum wage environments) with employees earning so little pay that as employers they recommend their employees file for government based Medicaid in order to receive the bottom basics of healthcare.  Employees are a necessity, but not if they are sick or if the employer has to help their families maintain good health.

But things changed for Mr. Scrooge, and we can hope they do for a lot more of America’s employers and wealthy elite.

Mr. Scrooge’s former partner, Mr. Jakob Marley, visits Mr. Scrooge in a dream and reminds him that, in fact, there was a lot more to his life, and wealth creation, than just Ebenezer’s toils. Those around him helped him become successful, and others in his life were actually very important to his happiness. He reminds Mr Scrooge that as he isolated himself in the search for ever greater wealth he gained money, but lost a lot of happiness.

Today we have some business leaders taking the cue from Mr. Marley, and speaking out to the Scrooges. In particular, we can be thankful for folks like Warren Buffet who consistently points out the great luck he had to be born with certain skills at this specific point in time. Mr. Buffett regularly credits his wealth creation with the luck to receive a good education, learning from academics such as Ben Graham, and having a great network of colleagues to help him invest.

Further, amplifying his role as a modern day Jacob Marley, Mr. Buffett recognizes the vast difference between his situation and those around him. He has pointed out that his secretary pays a higher percent of her income in taxes than himself, and he points out this is a remarkably unfair situation. Additionally, he makes it clear that for many wealth is a gift of birth – and “winning the ovarian lottery” does not make that wealthy person smarter, harder working or more valuable to society. Rather, just lucky.

What we need is for more wealthy Americans to have a vision of Christmas future – as it appeared to Mr. Scrooge. He saw how wealth inequality would worsen young Tiny Tim’s health, leaving him crippled and dying. He saw his employee Mr. Cratchet struggle and become ill. These visions scared him. Scared him so much, he offered a bounty upon his community, sharing his wealth.

Mr. Scrooge realized that great wealth, preserved just for him, was without merit. He was doomed to a future of being rich, but without friends, without a great world of colleagues and without the sharing of riches among everyone in order that all in society could be healthy and grow. Many would suffer, and die, if society overall did not take actions to share success.

These days we do have a few of these visionary 1%ers, such as Bill Gates, Warren Buffett and recently Mark Zuckerberg, who are either currently, or in the future, planning to disseminate their vast wealth for the good of mankind.

Yet, middle class Americans have been watching their dreams evaporate. Over the last 50 years America has changed, and they have been left behind. Hard work, well…….. it just doesn’t give people what it once did. Policy changes that favored the wealthy with Ayn Rand style tax programs have made the rich ever richer, supported the legal rights of big corporations and left the middle class with a lot less money and power. Incomes that did not come close to matching inflation, and home values that too often are more anchors than balloons have beset 2015’s strivers.

It will take more than philanthropic foundations and a few standout generous donors to rebuild America’s middle class. It will take policies that provide more (more safety nets, more health care, more education, more pension protection, more job protections and more political power) for those in the middle, and give them economic advantages today offered only wealthier Americans.

Let us hope that in 2016 we see a re-awakening of the need to undertake such rebuilding by policymakers, corporate leaders and the 1%. Let us hope this Christmas for a stronger, more robust, healthier and disparate, shared economy “for each and every one.”