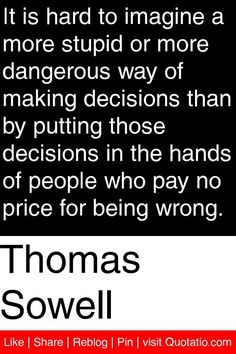 2015 was not short on bad decisions, nor bad outcomes. But there are 5 major leadership themes from 2015 that can help companies be better in 2016:

There was no shortage of financial engineering experiments in 2015 intended to increase short-term shareholder returns at the expense of long-term value creation. Companies continued borrowing money to buy back their own stock – spending more on repurchases than they made in profits.

Unfortunately, too many companies continue to increase earnings per share (EPS) via financial machinations rather than creating and introducing new products, or creating new markets.

In a grand show of value reducing financial re-engineering, 2015 is ending with the massive merger between Dow and DuPont. There is no intent of introducing new products or entering new markets via this merger. Rather, to the contrary, the plan is to merge these beasts, lay off tens of thousands of employees, cut the R&D staff, cut new product introductions and “rationalize” the company into 3 new businesses intended to be relaunched as new companies, with fewer products, less business development and less competition.

Massive cost cutting will weaken both companies, put thousands out of work and leave the marketplace with fewer new products. All just to create 3 new, different profit and loss statements in the hopes of improving the EPS and price to earnings (P/E) multiple. This story has become all too familiar the last few years, and the only winners are the bankers, who will make massive fees, and hedge fund managers that rapidly dump the stock in the terrible companies they leave behind.

McDonald’s has been losing market share to fast casual restaurants for over a decade. Yet, leadership insists on constantly maintaining its undying focus on the fast food success formula upon which the company was launched some 60 years ago.

As the number of customers continued declining, McDonalds kept closing more stores. Yet, sales per store remained weak even as the denominator grew smaller. Unwilling to actually update McDonald’s to make it fit modern trends, in 2015 leadership decided the path to growth was serving breakfast all-day. Really. It is still hard to believe. No new products, just the same McMuffins and sausage biscuits, but now offered for more hours.

Because of McDonald’s size and legacy the media covered this story heavily in 2015. Yet, as 2016 starts we all can look back and see that this was no story at all. Doing more of the same is not in any way innovative or revolutionary. Defending and extending an outdated success formula does not fix a company strategy that is out of date and rapidly losing relevancy.

3 – Hiring the wrong CEO is a BIG problem – Yahoo

We would like to think that Boards are really good at hiring CEOs. Unfortunately, we are regularly reminded they are not. The Board at Yahoo has spent a decade making bad CEO selections, and now the company’s core business is valueless.

In 2015 we saw that the decision by Yahoo’s board to hire a CEO based on political correctness (gender advantages), and limited experience with a well known company (a short Google career) rather than leadership capability could be deadly. Although Marissa Mayer was hired in 2012 amid much fanfare, we learned in 2015 that Yahoo is worth only the value of its Alibaba shareholdings, and no more. Yahoo as it was founded is now worth – nothing.

After 3 years of Mayer leadership it became clear that “there was no there, there” at Yahoo (to quote Gertrude Stein.) The value of the company’s “core” search and content accumulation businesses dropped to zero. Although 3 years have passed, practically no progress has been made toward developing a new business able to compete in the market shifted to social media and instant communications.  Investors now realize Ms. Mayer has failed to grow future revenue and profits for the historical internet leader. Following a decade of incompetent CEOs, Yahoo has been left almost wholly irrelevant.

What was once Yahoo will soon be Alibaba USA, as the company gets rid of its old businesses – in some fashion, although who would want them is unclear – in order to allow shareholders to preserve their value in Alibaba stock purchased by Jerry Yang in 2005.

Yahoo has become irrelevant, replaced by its minority stake in Alibaba, largely due to a Board unable to identify and hire a competent CEO – ending with the wholly unqualified selection of Ms. Mayer, who will achieve at least a footnote in history for the outsized compensation package she received and the huge severance that will come her way, wildly out of proportion to her poor performance, when leaving Yahoo.

In 2015 former hedge fund manager Martin Shkreli raised a lot of money, and obtained control of an anit-parasitic pharmaceutical product. Recognizing that his customers either paid up or died, and being young, naïve, enormously greedy and without much oversight he decided to raise product pricing 70-fold. This would leave his customers either dead, bankrupt or bankrupting the insurance companies paying for his product – but he infamously said he did not care.

Thumbing your nose at customers, and regulators, is never a good idea. And even if they could not roll back the price quickly, they could target the CEO and his company for further investigation. It didn’t take long until Mr. Shrkeli was indicted for stock manipulation, leaving Turing Pharmaceuticals in disrepair as it rapidly cut staff and tried to determine what it will do next.  Now KaloBios Pharma, controlled by Turing, is forced to file bankruptcy.

Never forget that Al Capone did not go to prison for stealing, bribing police, bootlegging, number running, murder or other gangster behavior. He went to prison for tax evasion. The simple lesson is, when you think you are smarter than everyone else, can do whatever you want and thumb your nose at those with government powers you’ll soon find yourself under the microscope of investigation, and most likely in really big trouble.  And in the desire to take down the unwise CEO corporations become mere fodder.

The pharma industry is a regular target of consumers and politicians. Now not only are the investors in Turing damaged by this foolishly incompetent CEO, but the entire industry will once again be under close scrutiny for its pricing practices. Arrogantly making brash decisions, based on ill-formed thinking and juvenile egotism, without careful, thoughtful consideration can create enormous damage.

VW cheated on its emissions tests. Takata sold deadly, exploding airbags. Both companies are large organizations with layers of management. How could judgemenetal errors so big, so costly and so deadly happen?

These outcomes did not happen because of just “one bad apple.”   Cultural acceptance of lying takes years of leadership focused on short-term results, even when it means operating unethically or illegally, to be inculcated. It took years for layers of management to learn how to turn away from problems, falsify test results, fake outcomes, lie to customers and even lie to regulators. It took years to create a culture of tolerated deception and willful misrepresentation.

Unfortunately, the auto industry is a tough place to make money. There is a lot of regulation, and a lot of competition. When it becomes too hard to make money honestly, cheating can become far too easily accepted. Rather than trying to revolutionize the auto making process, or the product itself, it can be a lot easier to push managers all the way down to the front-line of procurement, manufacturing or sales to simply cheat.

“Make your numbers” becomes a mantra. If you want to keep your job, or even more importantly if you want to move up, do whatever it takes to tell those above you what they want to hear. And those above don’t ask too many questions, don’t try to figure out how results happen – just keep applying pressure to those below to do what’s necessary to make the numbers.

As VW and Takata showed us, eventually the company will be caught. And the consequences are severe. Now those companies, their customers, their employees and their shareholders are suffering. And industry regulations will tighten further to make it harder to cheat. Everyone loses when short-term results are the top goal, rather than building a sustainable long-term business.

Let’s hope for better leadership in 2016.