Why You Want To Invest In Trends — Not Asset Managers 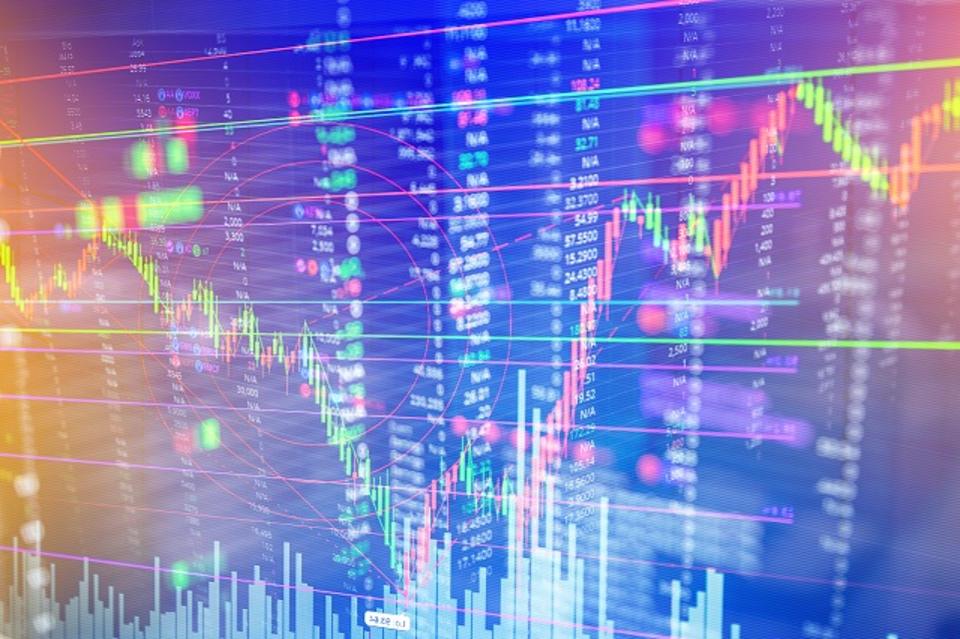 The vast majority of individual investors have no idea how to pick stocks. So they often let someone else invest for them, and pay a hefty fee of anywhere from 1% to 5% of their assets annually. Or they buy some sort of fund or portfolio index, where they pay the fund manager usually more than 1% of assets for managing the fund. In the worst case, they pay the financial advisor their fee, and then the advisor buys a fund for the investor – which has that investor paying anywhere from 2% to 8% or even 10% of assets annually for investment advice.

Yet, we know that few asset managers can beat “the market,” whether measured by the DJIA (Dow Jones Industrial Average) or the S&P 500. A study in Europe showed no active manager beat their benchmark over 10 years, and in the U.S. 80% to 90% of fund managers failed to do as well as their benchmarks. And there are studies showing that even if a manager beats their index, after accounting for management fees and costs the investors almost never beat the market.

Any individual could buy the market index by simply opening an on-line account at any discount brokerage, for a very small cost, and buying the exchange traded fund (ETF) for the Dow (DIA – often called “Diamonds”) or the S&P (SPDR – often called “Spiders”). Thus, individual investors can do as well as the “market” at very, very low cost. Most academics will tell investors to not try and beat the market, because the market is wildly inefficient and investors are always without full knowledge of the company, and thus buy these indices.

But most investors are lured by the notion of “beating the market” so they pay the high fees in order to – hopefully – have someone do a better job of investing. And they end up disappointed.

Investors can “beat the market,” but it requires a different approach to investing than fund managers use. And it is far more suited to individuals, with long-term horizons – and it avoids paying those outrageous financial services fees. To be a long-term high-return investor individuals simply need to invest in trends.

247wallst.com published an article stating the editors had seen a report published by Jefferies, sent to them by Bloomberg, which claimed that 20% of all the gains in the total stock market since 1924 (some 93 years) were created by a mere 14 stocks. This sort of blows up all academic theories about investing in portfolios, as it drives home that most market returns are driven by a small collection of companies. Individuals would be better off if they invested in just a few stocks, rather than all stocks. But this means you have to know which stocks to own.

You would think this might be hard, until you look at the list of 14. There is a striking pattern. All were simply the biggest, most powerful companies leading an important, large trend. So if you identified the trend, and invested in the largest company creating that trend, you would do really well. And because these are large companies, investors aren’t carrying the risk of small companies that could be competitively destroyed by larger players. Interestingly, identifying these trends and the large players really isn’t that hard. Nor is it hard to recognize when the trend is ending, and it is time to sell.

We can understand this by looking at the list of 14 not by how much market gain they created, but rather historically when the majority of those gains occurred.

People have enjoyed smoking tobacco since at least the 1500s. Long before anyone knew about the chemical affects and shortened lifespan people simply enjoyed the practice of smoking and the impact nicotine had on them. As tobacco spread from France to England, eventually it moved to the U.S. and was the first ever cash crop – grown in America for sale in Europe. For literally hundreds of years the trend toward tobacco consumption grew. So, it is easy to understand why investing in Phillip Morris, which was renamed Altria, was a good move. As long as people kept buying more cigarettes investing in the largest cigarette company was a good way to increase your returns.

For hundreds of years people used whale oil and similar animal products for candles and lanterns.  Wood and coal were used for cooking. But then in 1859 oil was successfully found, and it changed the world. Oil was far cheaper to produce than animal or vegetable oils and burned more consistently at a higher temperature than those products, wood or coal. And that unleashed a trend toward hydrocarbon production leading to the birth of countless new products. It would not have been hard to see that this trend was going to be very valuable.  Thus two other names on the list pop up, Exxon and Chevron. These companies are successors of the original Standard Oil founded by John Rockefeller – which created tremendous returns for investors for many years as oil consumption, and production, grew.

As the industrial revolution grew the middle class emerged, enjoying a vast improvement in quality of life. This led to the trend of consumerism, as it was possible to make things much cheaper and distribute them wider.  Three of the biggest companies that promoted this consumer trend were Johnson & Johnson, Proctor & Gamble and Coca-Cola. All were in different product markets, but all were very big leaders in the growth of consumer products for a 1900s world (especially post-WWII) where people had more money – and the desire to buy things.  And all three did very well for their investors.

Soon a new trend emerged with the capability of electronics. First came the advent of instant, modern communications as the telephone emerged. Regardless the cost, there was high value in being able to communicate with someone “now” even if they were in a distant location. Investors in Alexander Bell’s AT&T did quite well as phones made their way across America and around the world.

Soon thereafter mechanical adding machines were greatly improved by using electronics – initially relays – to make tabulations and computations. IBM was an early developer of these machines for commercial use, and very quickly came to dominate the market for computers. It was not long before every company needed a computer, or at least access to use one, in order to compete. Investors in IBM were well rewarded for spotting this trend.

As the market  for consumer goods exploded Sam Walton recognized the inefficiency of retail product distribution. He discovered that by owning more stores he could negotiate better with consumer goods manufacturers, purchase products more cheaply and sell them more cheaply. He created the trend toward mass retailing driven by efficiency, and he rapidly demonstrated the ability to drive competitors completely out of many retail markets. Investors who identified this trend toward low-cost retailing of a wide product array made considerable gains by purchasing Wal-Mart shares.

As computers became smaller the market expanded, leading to the development of ever smaller computers. Microsoft created software allowing multiple manufacturers to build machines with interoperability, allowing it to take a dominant position in the trend to computers so small every single person could have one – and indeed eventually felt they could not live without one. Microsoft investors made huge gains as the company practically monopolized this trend and created the personal compute marketplace.

It was Apple that first recognized the trend toward mobility being created by ever faster connection speeds. Mobility would allow for radical changes in how many product markets behaved, and investors who saw this mobility trend were amply rewarded for investing in Apple – the company that became synonymous with internet-enabled products.

And as computing mobility improved it created a trend toward buying at home rather than going to a store. Mail order had almost entirely disappeared, due to lack of timely product fulfillment. But with the internet as the interface, coupled with modern, highly efficient transportation services, Amazon was able to give a rebirth to shopping from home and the e-commerce trend exploded. Investors that recognized Amazon’s vastly lower cost retail model, coupled with the infinite prospects for product variety, have been rewarded for investing in the large on-line retailer.

These 14 companies created 20% of all stock market gains across nearly a century. And each was the dominant competitor in a major trend. Several are no longer on the trend, and even a couple have filed bankruptcy (like AT&T and GM), thus it is easy to recognize why some have done far less well the last decade. The world changed and their business model which once produced excellent returns no longer does. But savvy investors should recognize when a trend has run its course, and drop that company in favor of investing in the leader of a major, new trend.

All investors should be long-term investors. Trying to be a market timer, and a trader, is a fool’s errand.  To make high investment returns requires taking a long-term (multi-year) view – not monthly or quarterly. Therefore it is important that when investing in trends they be big trends. Trends that will have a large impact on every business – every person. Trends that can generate tremendous returns for many years.

Not everyone can be a stock picker. Therefore, most investors should probably have a goodly chunk of their money in an ETF. That can be done easily enough as described above. But, if you want to increase your returns to beat the market the key is to invest in companies that are large, and the leaders in a major trend.

What are the big  trends today? There is no doubt “social” is a huge trend. How every business and person interacts is changing as the use of social tools increases. This is a global phenomenon, and it is a trend with many years left to extend its impact. Investing in the market leader – Facebook – shows good likelihood of obtaining the kind of returns created by the 14 companies discussed above.

What other trends can you identify that have years yet to go? If you can spot them, and invest in a dominant, large leader then you just may outperform nearly every active fund manager trying to get you to pay their fees.