Why Is Snapchat Worth $20B? The Value Of Implementing Trends

Snapchat filed its latest fundraising with the SEC this week. According to TechCrunch, $1.8 billion cash was added to the company, based on a current valuation in the range of $18 billion to $20 billion. Not bad for a company with 2015 revenues of about $59 million. And quite a high valuation for a one-product company that probably nobody who reads this column has ever used – or even knows anything about.

Why is Snapchat so highly valued? Because revenue estimates are for $250 million to $350 million in 2016, and up to $1 billion for 2017. From 50 million daily active users in March, 2014 Snapchat has grown to 110 million users by December, 2015 – so a growth rate of about 50% per year. And this growth has not been all USA, over half the Snapchat users are from Europe and the rest of the world – and the non-USA markets are growing the fastest. Clearly, at 20 times 2017 revenue estimates, investors are expecting dramatic growth in users, and revenue to continue. They anticipate numbers of the magnitude that drove the valuation of Google (over $500 billion) and Facebook ($340 billion). 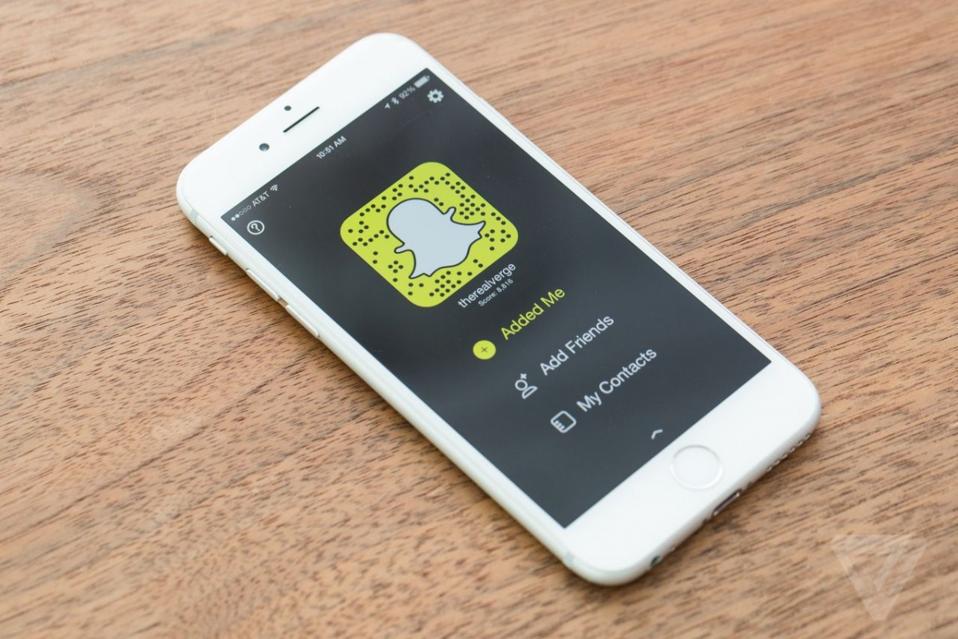 Think of texting, only you don’t actually text. Instead you send a picture or short video. That’s it. Pretty simple. Just a way to send your friends pics and videos with your phone – although you can be creative with the pictures and make changes.

People who use Snapchat find it addictive. They may send dozens, or hundreds, of pictures daily. To single friends, groups, or even all their friends – since users can pick who gets the pic.

For many of my readers, this must seem ridiculous. Who would want to send, or receive, several pictures every day from some, or many, of your colleagues and friends?

In 1927 Fred Bernard [trivia] popularized the phrase we use today “A picture is worth a thousand words.” And today, that is more true than ever. Pictures are replacing words for a vast and growing segment of the population. This is now a very fast growing trend, and it is projected to continue.

“Why is this a trend, and not a fad?” you may ask. The answer goes to the heart of how we use language and images. For thousands of years very few people knew how to read or write. To promulgate information, religious and government leaders would have artists paint images that told the story they wanted spread. These images were then taken from town to town, and people were taught the stories by having someone explain the picture. Then the image could be recalled by the population. It was only after the advent of mass education that using written words became the primary medium for providing information.

Simultaneously, paintings were really expensive. And early photography was expensive. Both mediums were used primarily to memorialize a story, or event. Thus there were relatively few of these images, and they were often treasured, hung on walls or kept in albums for later review. Most of my readers are still stuck in the historical context of thinking of pictures as memorials.

But today images are extremely cheap and easy. Almost everyone has a phone with a camera. So it is easy to take a picture, and it is easy to view a picture. Pictures have become free. And if you can replace a thousand words with one photo, it is far more efficient – and thus from a resource perspective photos are far cheaper (think of how long it takes to write an email as opposed to taking a picture). Given that this flip in resources required has happened, and that the use of mobile technology is growing worldwide and will never revert, we know that this is not s short-term fad, but rather a trend.

Once we communicated by telephone calls. That has dropped dramatically because real-time communication takes a lot more effort to coordinate and implement than asynchronous communication. I can email or text any time I want, and my friend can receive that message when it is convenient for her. And she can choose to respond at her convenience, or not respond at all. Thus email and texting exploded due to the technical capability and their improved economy. Today we have the ability to communicate in pictures or short videos which is even more information dense, and even more economical.

I’m sure many of my readers are saying “well, that may be good for someone else, but not for me.” And that’s good, because you read these columns. But factually, the number of readers is destined to decrease as the number of viewers go up.

There’s a reason every time you open an on-line magazine column you are bombarded by short videos ads. They are more communication dense and they are more successful at capturing attention – even if they do irritate you.

There’s a reason that fewer and fewer people read books, and rely instead on columns like this one to gain insights. And there’s a reason more and more people connect on Facebook rather than sending emails – and rather than sending snail mail (when was the last time you actually mailed someone a birthday card?). Haven’t you ever watched a YouTube video rather than read an instruction manual?  While you may not imagine using pictures to replace language, the fact is it is happening with increasing frequency, and lots of people are making the switch.  Thus it is a trend that will affect how we do many things for many years into the future.

Snapchat has capitalized on this new trend by making an app which allows you and your friends to communicate far more information a whole lot faster. Rather than interrupting your friends with a phone call (they may be busy right now,) or writing them an email or text message, you can just send them a photo. Have you ever used your phone to photo a label and sent it to someone who’s shopping for you? Or taken a photo of an item so you can find an exact replacement? That same action now can become your way of communicating – of telling your current story. Don’t tell your friends what you had for lunch, just send a photo. Don’t tell your friends you are shopping on Madison Avenue, just take a picture. Pictures are not archives, but rather just a fast, more compact and information filled form of communication.

Snapchat did not discover a new bio-pharmaceutical. It did not create a breakthrough new technology, such as extended battery life. It did not identify a sales opportunity in a far flung country. Nor did it have a breakthrough manufacturing process. Rather, merely by being the leader at implementing an emerging trend Snapchat’s founders have created $20 billion of current value.

Now that you know this trend, what are you going to do so you can capture additional value for your business?