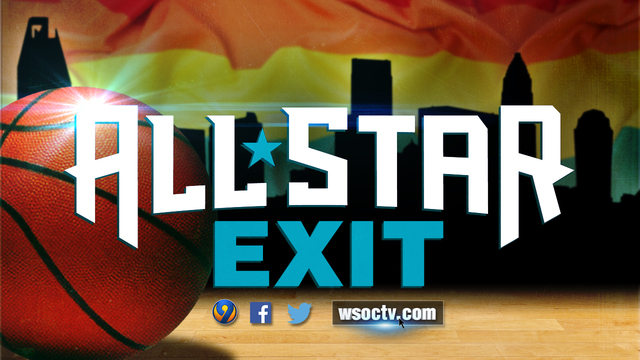 Most leaders think of themselves as decision makers.  Many people remember in 2006 when President George Bush, defending Donald Rumsfeld as his Defense Secretary said “I am the Decider.  I decide what’s best.”  It earned him the nickname “Decider-in-Chief.” Most CEOs echo this sentiment, Most leaders like to define themselves by the decisions they make.

But whether a decision is good, or not, has a lot of interpretations.  Often the immediate aftermath of a decision may look great.  It might appear as if that decision was obvious.  And often decisions make a lot of people happy.  As we are entering the most intense part of the U.S. Presidential election, both candidates are eager to tell you what decisions they have made – and what decisions they will make if elected.  And most people will look no further than the immediate expected impact of those decisions. 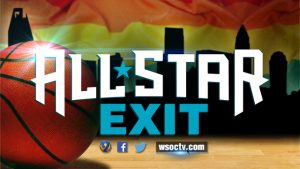 The people of North Carolina passed a law to control the use of public bathrooms.  Most people of the state thought this was a good idea, including the Governor.  But some didn’t like the law, and many spoke up.   Last week the NBA decided that it would cancel its All Star game scheduled in Charlotte due to discrimination issues caused by this law.  This change will cost Charlotte about $100M.

That action by the NBA is what’s called unintended consequences.  Lawmakers didn’t really consider that the NBA might decide to take its business elsewhere due to this state legislation.  It’s what some people call “oops.  I didn’t think about that when I made my decision.”

Robert Reich, Secretary of Labor for President Clinton, was a staunch supporter of unions.  In his book “Locked in the Cabinet” he tells the story of visiting an auto plant in Oklahoma supporting the union and workers rights.  He thought his support would incent the company’s leaders to negotiate more favorably with the union.  Instead, the company closed the plant.  Laid-off everyone.  Oops.  The unintended consequences of what he thought was an obvious move of support led to the worst possible outcome for the workers.

President Obama worked the Congress hard to create the Affordable Care Act, or Obamacare, for everyone in America.  One intention was to make sure employers covered all their workers, so the law required that if an employer had health care for any workers he had to offer that health care to all employees who work over 30 hours per week.  So almost all employers of part time workers suddenly said that none could work more than 30 hours.  Those that worked 32 (4 days/week) or 36 suddenly had their hours cut.  Now those lower-income people not only had no health care, but less money in their pay envelopes.  Oops.  Unintended consequence.

President Reagan and his wife launched the “War on Drugs.”  How could that be a bad thing?  Illegal drugs are dangerous, as is the supply chain.  But now, some 30 years later, the Federal Bureau of Prisons reports that almost half (46.3% or over 85,000) inmates are there on drug charges.  The USA now spends $51B annually on this drug war, which is about 20% more than is spent on the real war being waged with Afghanistan, Iraq and ISIS.  There are now over 1.5M arrests each year, with 83% of those merely for possession.  Oops.  Unintended consequences.  It seemed like such a good idea at the time.

This is why it is so important leaders take their time to make thoughtful decisions, often with the input of many other people.  Because the quality of a decision is not measured by how one views it immediately.  Rather, the value is decided over time as the opportunity arises to observe the unintended consequences, and their impact.  The best decisions are those in which the future consequences are identified, discussed and made part of the planning – so they aren’t unintended and the “decider” isn’t running around saying “oops.”

As you listen to the politicians this cycle, keep in mind what would be the unintended consequences of implementing what they say:

Business leaders should follow the same practice.  Every time a decision is necessary, is the best effort made to obtain all the information you could on the topic?  Do you obtain input from your detractors, as well as admirers?  Do you think through not only what is popular, but what will happen months into the future?  Do you consider the potential reaction by your customers?  Employees?  Suppliers?  Competitors?

There are very few “perfect decisions.” All decisions have consequences.  Often, there is a trade-off between the good outcomes, and the bad outcomes.  But the key is to know them all, and balance the interests and outcomes.  Consider the consequences, good and bad, and plan for them.  Only by doing that can you avoid later saying “oops.”