How the NFL and NBA Corrupted American Universities 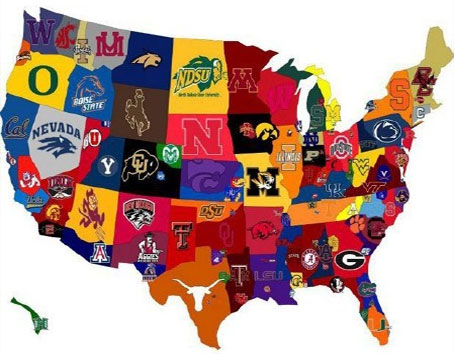 This week saw two big stories develop around the big money in college sports.  It makes one wonder, when did sports become more important than academics in American universities – and why?

The first story was how the football team at the University of Missouri was able to fire the university President.  Ongoing racial tensions, and some horrible acts of aggression, had been problematic at Mizzou, leading to a student hunger strike.  But the President remained uninvolved and taciturn on the topic.

Until the football team threatened to strike.  Within 48 hours the President was booted out, allowing the team to play this Saturday and keep the big money flowing.

Separately, the NCAA shut down a web site set up by the family of LSU running back Leonard Fournette to sell merchandise plugging his catch phrase.  The concern was ostensibly whether the family received discounted services in creating the site due to the player’s popularity.  But more important was whether anyone other than LSU and the NCAA was going to make any money off a college football player. 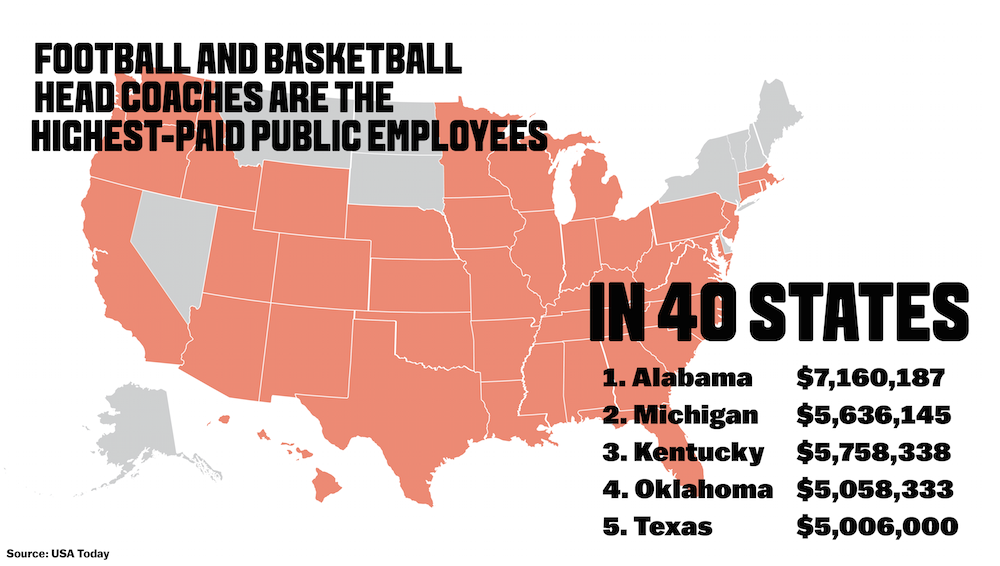 The United States is the only country where sports have become more important than academics at many (most?) major universities.  Around the world, colleges are about education first, foremost and pretty much entirely.  Sports are left to professionals.  How did Americans turn their universities into sports leagues rather than institutions for research and learning?

Blame it on the NFL and the NBA.

Prior to the rise of both major sports leagues, college athletics were not that important.  Sure there were teams, but they were very clearly for fun.  Players had to take a full regimen of classes, and they were expected to pass those classes.  Players were students first, and athletes just for the pleasure.  Athletes were expected to obtain a degree in 4 years, then move on to professional lives.  Sure, there were alumni booster clubs supporting athletes, and some schools (especially in the south) were notoriously crazy routing for their home teams, but the school was more about education than playing ball.

Years ago professional sports was dominated by baseball in America and soccer pretty much everywhere else.  Baseball and soccer both developed “farm systems” by which the professional teams created other teams that recruited and trained young players. And in northern climates hockey developed similar farm systems.

Often starting well before players finished high school (or its equivalent outside the USA) recruiters would approach athletes and their parents to ask if they could place the youth into their training program.  Players would improve their skills level by level, moving up through different teams until they reached the top level of performance.  In American baseball, for example, these “farm teams” run 4 levels deep, and when a player makes it to the top it’s called “reaching the show.”

The cost of identifying, recruiting and training athletes for baseball, and soccer, has always been carried by the professional franchises.

But the rise of the NFL and the NBA changed this dramatically.  By relying on colleges to do the recruiting and first level of training, they could avoid an incredible amount of cost.  An “unholy alliance” was born between the NCAA and the professional leagues.  The professionals would not create “farm systems.”

It did not take long for colleges to realize there is BIG MONEY in fan-crazed athletics.  Just like the NFL and NBA, colleges could create brand franchises around their athletic programs, and top players. The value of a top athlete to the university could be measured in millions of dollars, far more than the grant raising ability of top research professors with long-standing academic programs tied to industry.

Suddenly, it was worth great value to a college to recruit a “student” who possibly could barely read and write.  Who cared if that student ever graduated?  That wasn’t his purpose.  Who cared if this “student” had limited respect for women’s rights, or otherwise struggled to behave like a “gentleman and a scholar”  What mattered was whether he could play ball – whether he could bring in the fans and all those merchandise dollars.

For many university leaders the allure of the BIG MONEY was simply too hard to ignore. The BIG MONEY for the university was by building a brand around semi-professional athletics.  Not academics.  The old non-profit approach of running a school was replaced by the very much for-profit business of college athletics. Winning ball games replaced winning research grants, or even Nobel prizes, as the measure of a successful university.

And that is what we’re now seeing in the news.  The Mizzou trustees weren’t all that concerned about swastika’s made of feces, nor student hunger strikes, or name calling of professors.  That was just “campus life.”  But if the football team doesn’t play – OMG, that’s a crisis!!  The former has little impact on university economics, the latter could be catastrophic.

It is doubtful anyone is willing to separate athletics out of America’s universities.  But not recognizing the corruption this has done to the original academic purpose of these institutions is turning a blind eye to the obvious.  For far too many universities job #1 is about running a sports franchise.  And oh, by the way, there are faculty and students and all that other stuff out there – but that’s for the academics to worry about.  We’re here to make money off sports teams.

And the biggest winners of all are the owners of NFL and NBA franchises, who get a farm system at no cost.  Thanks to the financial corruption of modern university leadership.  More is the sadness for America, when ball teams matter more than great research and education.