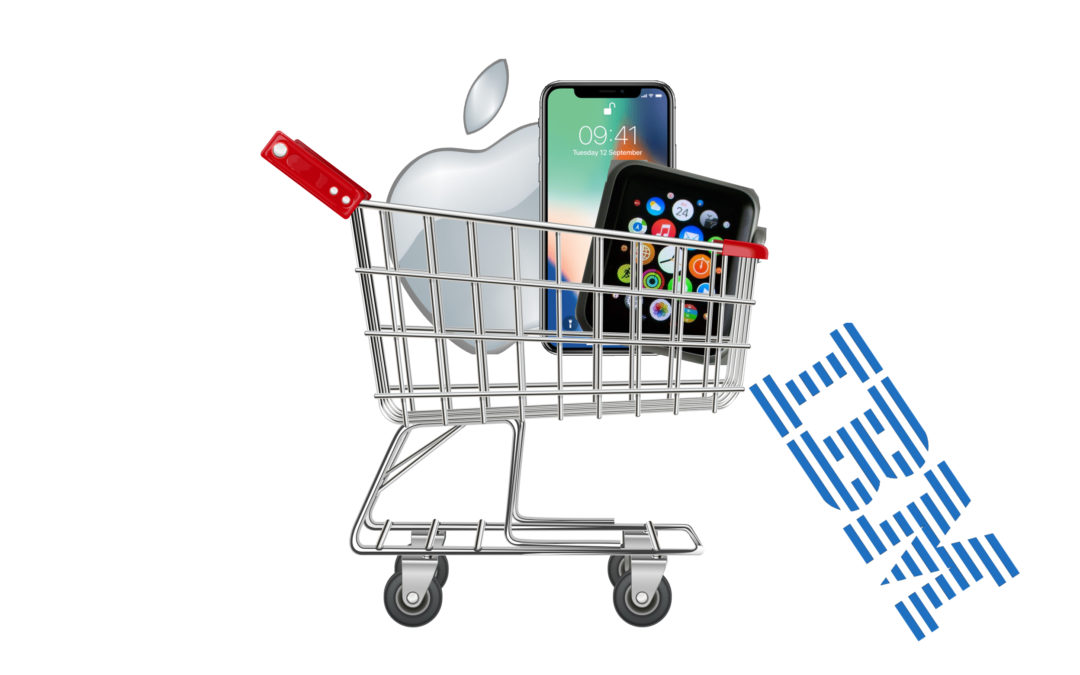 In February, Berkshire Hathaway revealed it had dumped its IBM position. Good riddance to a stock that has gone down for 5 years while the S&P went up! What did Buffett do with the money? He loaded up on Apple – making that high-flyer Berkshire’s #1 holding. So, isn’t the smart thing now to buy Apple?

First, don’t confuse your investing goals with Berkshire Hathaway’s. It may seem that everyone has the same objective, to buy stocks that go up. But Berkshire is a very special case. As I pointed out in 2014, we mere mortals can’t invest like Buffett, and shouldn’t try. Berkshire Hathaway has the opportunity to make investments in special situations with tremendous return potential that we don’t have. Berkshire’s investment strategy is to invest where it can create cash to prepare for special situations, or to park money where it can make a decent return, and hopefully generate cash while it waits.

Apple is the #1 most cash-rich company on the planet, and with the new tax laws it can repatriate that cash. This is an opportunity for a “special dividend” to investors, and that is the kind of thing that Buffett loves. He isn’t a venture capitalist looking for a 10x price appreciation. He wants a decent 5% rate of return, and hopefully dividends, so he can grow cash for his special situation opportunities. Apple, the most valuable company on any exchange, is exactly the kind of company where he can place a few billion dollars without driving up the price and let it sit making a solid 5-6%, collect dividends and maybe get a few kickers from things like the cash repatriation.

Second, let’s not forget that Buffett’s IBM buying spree lost money. If he was a great tech investor, he never would have bought IBM. He bought it for the same reason he’s buying Apple, only he was wrong about what was going to happen to IBM as it continued to lose relevancy.

I pointed out in May, 2016 that Apple was showing us all a lot of sustaining innovations, with new rev levels of existing products, but almost no new disruptive innovations. The company that once gave us iPods, iTunes, iPhones and iPads was increasingly relying on the next version of everything to drive sales. Lots of incremental improvement. But little discussion about any breakthrough products, like iBeacon, ApplePay or even the Apple Watch. In a real way, Apple was looking a lot more like the old Microsoft with its Windows and Office fascination than the old Apple.

By October, 2016 Apple hit a Growth Stall. While this may have seemed like “no big deal,” recall that only 7% of the time do companies maintain a 2% growth rate after stalling. Is Apple going to be in that 7%? With the launch of the less-than-overwhelming iPhone X, and the actual drop in iPhone sales in Q4, 2017 it looks increasingly like Apple is on the same road as all other stalled companies.

In the short term Apple has said it is milking its installed base. By constantly bringing out new apps it has raised iTunes sales to over $30B/quarter. And it has a dedicated cadre of developers making over $25B/year creating new apps. So Apple is doing its best to get as much revenue out of that installed base of iPhones as it can, even if device sales slow (or decline.) For Buffett, this is no big deal. After all, he’s parking cash and hoping to get dividends. Milking the base is a cash generation strategy he would love – like a railroad, or Coca-Cola.

But if you’re interested in maintaining high returns in your portfolio, be aware of what’s happening. Apple is changing. It’s not going to falter and fail any time soon. But don’t be lulled by Berkshire’s big purchases into thinking Apple in 2018 is anything like it was in 2012 – or through 2014. Instead, keep your eyes on game changers like Netflix, Tesla and Amazon.