Trump Vs. Clinton: Old Marketing Vs. Modern Marketing Will Determine The Winner 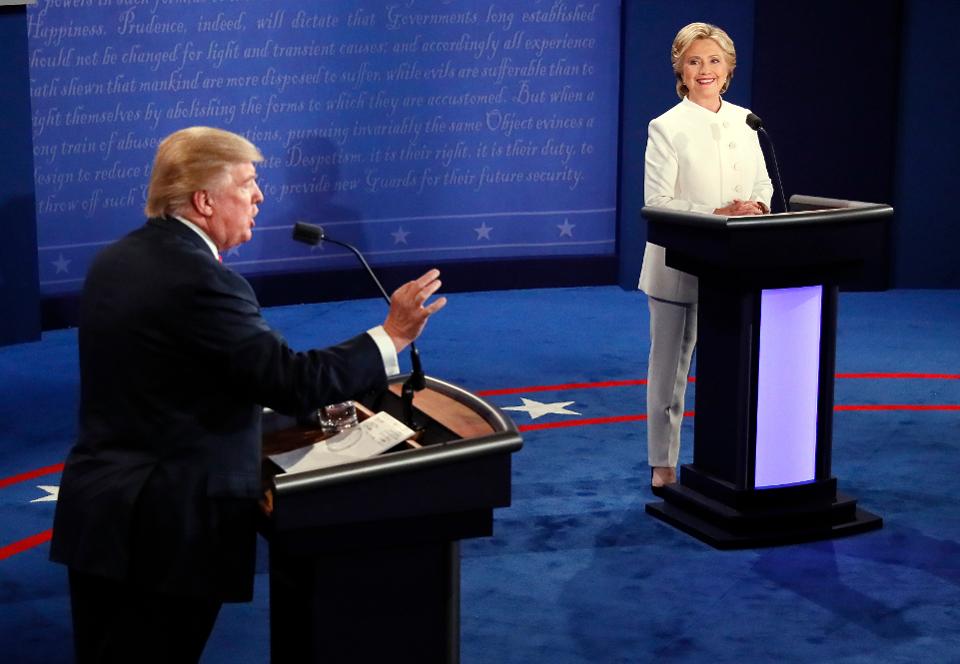 Whoever wins tomorrow’s election, their success will have a lot to do with how they marketed their campaign. And in many ways, selling a candidate is not different from selling anything else.

Do you remember the “four Ps of marketing” from Marketing 101? They are product, price, place and promotion. Every newbie is taught not to overly rely on any one, and greatest success comes from a well planned use of all four.

Product: The candidates are about the same age and health. And while they represent very different parties, both have spent less time talking about what a great president they would be, and a lot more on what a terrible product the other candidate is. Message after message has denigrated the other, to the point where we hear most of the electorate is now less than happy with both.

Most marketers know that negative marketing is risky, because it tends to tar all products with similar negatives. Greatest sales happen when you convince people your product is superior in its own right – not just compared to alternatives. Barack Obama figured this out in both previous elections, and he was able to convince the majority of people he would be a good president. Unfortunately, in this election the competitive attacks have cancelled each other out, and neither candidate has a majority of people liking them. An opportunity lost by both candidates to make their product more appealing, and thus bringing out more people to vote for them based on policies and the core of how their presidency would make voters happy.

Price:  One could say that the tax policies of Hillary Clinton make her a more expensive candidate than Donald Trump.  However, the long-term cost of the debt increase from Trump means that the price of his presidency will be costlier than Clinton. Let’s just be practical and say that neither candidate has positioned themselves as the candidate better for everyone’s pocketbook.

Again, an opportunity lost. Ronald Reagan did a superb job of positioning himself as being good for people’s pocketbooks, and it helped him unseat Jimmy Carter. Barack Obama made hay out of the economic crisis as Republican George Bush left office, helping him convince voters that he would be far better for their pocketbooks – via job creation – than his opponent.

Place:  This is all about “get out the vote.” Here the advantage clearly goes to Clinton. Candidate Clinton has done a superb job of building a “machine” that has turned out a record number of Democrats to early vote.  And she has worked diligently with her party to make sure local support exists across the country to help take people to the polls, and encourage voting on election day.  By making sure her constituents make it to vote, she will likely do far better at collecting votes than her opponent.

Additionally, candidate Clinton is not only campaigning, but she has a two former presidents campaigning for her, a sitting first lady, a sitting vice president and her key opponent from the primaries. This breadth of support, canvasing across multiple states, further puts her message into voters ears right before the election, and encourages people to go vote for her tomorrow.  Her large fundraising, and ability to offer funds to down-ticket candidates, has helped make sure her message was clear at the local level.

On the other hand, candidate Trump is walking a nearly singular path, with precious little party support. While he swept the primaries, he has not built a strong machine to make sure that those beyond the party faithful – those who are undecided or independent – are going to make it to the voting booth to help him be elected.  It is one thing to excite people about your product, it is another to make sure people actually invest the resources to obtain it.

In Trump’s case the advertising has been relentless, but the local machine support to turn out registered party voters, and everyone else who might enjoy his candidacy, is quite weak. One reason candidate Trump keeps saying the election is “rigged” is because he’s now realizing he failed to put in place the distribution system to get his voters to the ballot box.

Further, those who are helping candidate Trump secure his message are few and far between.  Outside of family members there are few making the case to get out the vote. Despite two living former Republican presidents and one vice president available, none is helping him be elected.  Likewise, despite a large number of primary opponents, most of which pledged their support for whoever won the primary, there is only one (Chris Christie) that has been a notable advocate for candidate Trump.

And the party itself has not been mobilized to get out the vote for candidate Trump.  His personal wealth has allowed Trump to implement a credible campaign.  But his inability, or unwillingness, to raise lots of money to invest in down-ticket races has meant he has not garnered support from other candidates running for Congress, Senate, governorships, etc. to promote his message at a more local level.

For months we have been inundated with polls. But on election day it is not someone calling your house to hear for whom you might vote. Rather, people have to leave their houses, make time in their busy days and go to the election booth – then stand in line and vote. Mr. Trump has not done the sort of job one would expect for building the support necessary to make sure voters turn out for him.

Promotion: This might be where the two marketing programs most differ.

Candidate Trump has relied on advertising. Years ago marketing programs often relied on huge ad budgets to build a brand. Companies quickly learned that if you spent a lot on advertising you could drown out a competitive message, and bring your brand to the forefront. Simply on the basis of a big ad spend, heavily reliant on television, success was once possible. And the Trump campaign has used advertising like a soap company launching a new brand. Lots and lots and lots of advertising.

Notably, there has been little use of digital, internet and mobile advertising. Little use of social media to build trends and increase brand effectiveness. The candidate himself has gone almost entirely against modern thinking about social, mobile and internet marketing by unleashing tweets which have been simultaneously shocking, and often opposed to the brand message the advertising set out to create.  While entertaining, this has not met even the minimum standards of modern marketing.

Candidate Clinton has matched candidate Trump in television and other traditional media advertising.  Thus, her candidacy has not been overwhelmed by competitive spending  While most people are likely tired of the ads from both candidates, it is clear that when it comes to traditional ad programs Clinton’s marketing has met the competitive level necessary to neutralize any possible Trump advantage.

But internet, mobile and social marketing has been much more successful for Clinton. Barack Obama did a splendid job of using these tools to mobilize young and minority voters in previous elections. This sort of marketing often touches people much closer, and has a greater “one-on-one” appeal, even if it is a modified “one-to-many.” And the Clinton campaign has lifted those guidelines, perhaps not as effectively as the Obama campaigns, to convert Sanders constituents to her as well as independents and undecideds.

The Trump campaign relied almost wholly on advertising, and an effort at achieving greater public relations via outrageous messaging. This has kept the candidate squarely in the public eye. But every marketer will tell you that it is not possible to build high commitment for your product with advertising alone. It takes an ability to touch people on a more personal, closer to home basis. It is critical now, more than for many years, to create identification with local issues within the home and workplace, and often reinforce social relationships.

At this, the Trump campaign has been out of step with modern marketing, and overly reliant on tools that were more effective in the ’80s and ’90s. Thus his appeal outside of European heritage, Christian, white and mostly male voter groups has struggled.

The Clinton campaign’s use of these tools has spread her base considerably wider. She has been able to connect with minorities, women, people of color, people of different religions and other groups much more effectively. In tune with demographic trends in America, this greatly enhances her opportunity to obtain the largest share of market. Tied to a superior placement campaign (to get out the vote,) this use of modern tools gives her a significant advantage.

These two campaigns have lessons for all business leaders. Too often we rely on product alone to think we will succeed. But product is only part of successfully luring buyers. You also have to make sure your product is in the right place, accessible to the most people, at time of purchase.

And today budget is only a part of good promotion, because effective use of social, mobile and internet marketing tools can help you connect with your targets more closely, and more personally. New promotion tools can expand your base, identify new target markets, develop strengths in niche groups and achieve greater loyalty at lower cost.

In history, there are almost no great campaigns that were won just because a product was superior.  Nor because a product was cheaper. And despite some great ad lines (“Where’s the beef?” or “Plop, plop, fizz, fizz oh what a relief it is”) advertising has limited ability to actually make a product successful.  Those that win build a marketing program using all four Ps most effectively to build on trends and excite customers.