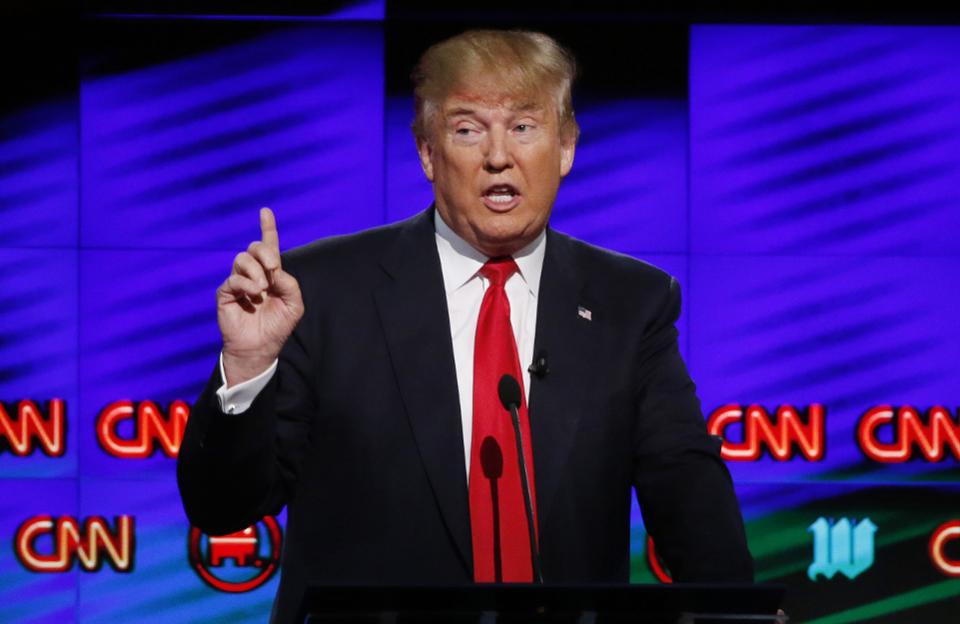 November 9, 2016 – Donald Trump is the president-elect of the United States. It is a stunning upset.  What are the lessons for marketers?

First, notice that candidate Hillary Clinton actually won the popular vote. With just under 120 million votes cast, Clinton gathered about 160,000 more votes than candidate Trump.  A victory of just over .1%. So it is fair to say that on this metric, number of votes, there was a win for Clinton.

But, of course, the complexity of America’s electoral college means that Trump won more electoral votes, and thus the election. Non-Americans struggle to understand the electoral college – heck, a lot of American’s don’t understand it. Put simply, it was the founding father’s method of making sure different geographies achieved representation so that more dense population areas would not control an election.

Given that everyone knew that in the end it was these votes – electoral votes – that mattered, it is important to think through the marketing implications.

Monday, pre-election, I wrote that it appeared the marketing campaign of candidate Clinton was superior to that of candidate Trump.  And, given that it achieved more popular votes, it may have been a superior campaign.  But since it did not achieve the goal, its worth revisiting to see where that analysis erred, and what can be learned.

In the end, this hurt both candidates. Neither had great appeal to voters, and both had extremely high negatives. But by succumbing to a bruising bad-on-bad punching match the Clinton campaign missed an opportunity to present the candidate as very favorable. The candidate that punched the hardest – and no doubt with his constant attacks, including threats to indict candidate Clinton this gave candidate Trump a bit of an edge – was going to win.

Second, if you’re going to get into a dirty fight, don’t bring a knife – bring a gun. In a competition of negatives, you have to be every bit as negative as the competition. No holds barred. The meanest, ugliest, hardest hitting competitor will win.

Price: Candidate Clinton absolutely failed to make the case that the incumbent’s economic policies had favored most Americans. Despite tremendous job growth, declining unemployment, record low layoffs and record high equity values there persisted a notion that the American economy was in the tank. The campaign completely failed to make the case that the policies enacted previously, and anticipated to continue with Clinton, would be good for people’s pocketbooks.

Meanwhile, candidate Trump hammered away saying that the American economy was a wreck. His appeals to reducing international trade and limiting immigration in order to create more higher paying jobs in America convinced a large number of voters that these policies would be better for the economy and most workers.

Concerns about potential debt increases and an extension of income inequality were poorly made, and did not counter the overriding sense that more jobs would come from Trump’s policies. Thus, a lot of people were swayed to Trump’s xenophobic view of how to improve America’s economy. They remain convinced that Mexico will pay for an immigration limiting wall, and scaling back (or eliminating) trading pacts like NAFTA will somehow cause an inspired growth in American manufacturing jobs, and higher levels of good paying employment.

Place: This is where the breakdown was greatest for Clinton, and most beneficial for Trump. On Monday I noted several indicators that the Clinton campaign would do far better at getting out the vote than Trump. And, one could say they did given that Clinton won the popular vote.

But the Clinton error was relying too heavily on dense population states. New York, Illinois, California – states with very big cities that dramatically overwhelm the rural population produced landslide votes for Clinton. But in states with a more balanced population density, such as Ohio, Florida and Pennsylvania there was an insufficient effort at making sure non-city counties turned out for Clinton.

Contrarily, the Trump campaign won the battle for place by realizing they could win the rural states with limited effort. Large geographic swaths with low population density allowed Trump to pile up electoral votes (the ones that matter) almost unchallenged. Kansas, Oklahoma, Wyoming, Nebraska, South Dakota, North Dakota – all states benefiting precisely from the electoral system the founding fathers created – were key states that the Clinton campaign ignored in its distribution strategy.

What appeared to be a Clinton campaign advantage, largely strong support by the Democratic party, overly-relied on winning population dense counties. This was effectively countered by a very good job by the Trump campaign of acquiring votes in more rural, less dense, counties.  This ground game, of making sure the votes were captured county-by-county, was decisive for Trump.

Lesson – distribution matters. It may seem boring. It’s a lot less sexy than writing ad copy or focusing on PR.  But it really, really matters.

Promotion: It turns out money, and extreme messaging, still matters.

The Obama campaign was masterful at using modern marketing techniques, including internet marketing, mobile and social media, to obtain support. The Bernie Sanders primary campaign also proved adept at using these tools for gaining a good following. While the Clinton campaign lifted this part of the playbook, their implementation was not as integrated, nor effective, as either Obama or Sanders. The pieces were there, but the appeal was not as targeted to specific groups and therefore not nearly as effective. Clinton’s team used these tools, but they did not invest in them with the skills exhibited by Obama or Sanders, and they failed at bringing enough minorities, youth and women to the polls.

Meanwhile, Trump’s campaign once again made the case that money matters. Large advertising programs still make a difference. Marketing is changing, but in a winner-take-all, and you only get one chance, campaign classic advertising and PR used since the 1960s really matters.  Things are changing, but they have not fully changed. If you are willing to spend enough money on traditional promotional tools, they still reach most of the people. It may not be efficient, but they are still effective.

Simultaneously, the old adage “any press is good press” proved valuable once again.  Tapes of Trump saying outrageous things, and outrageous tweets, served to provide ample free promotion for the candidate.  While many people complained about the message content, in the end simply being constantly in the news helped people get used to a very unusual campaign style.  An unorthodox approach, letting outrageous behavior become so common that customers were able to look past the negatives, allowed the constant access to become an advantage.

There are great lessons here to be learned by marketers today.