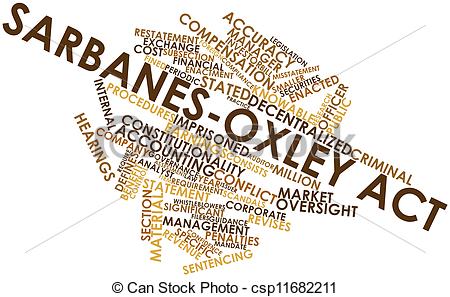 Last week the National Association of Corporate Directors (NACD) pre-released some results of its 2015–2016 Public Company Governance Survey.  One major finding is that the makeup of Boards is changing, for the betterment of investors – and most likely everyone else in business.

Boards once had members that almost never changed.  Little was required of Directors, and accountability for Board members was low.  Since passage of the Securities Act of 1933, little had been required of Board members other than to applaud management and sign-off on the annual audit.  And there was nothing investors could do if a Board “checked out,” even in the face of poorly performing management.

But this has changed.  According to NACD, 72% of public boards reported they either added or changed a director in the last year.  That is up from 64% in the previous year.  Board members, and especially committee chairs, are spending a lot more time governing corporations. As a result “retiring in job” has become nearly impossible, and Board diversity is increasingly quite quickly.  And increased Board diversity is considered good for business.

Remember Enron, Arthur Anderson, Worldcom and Tyco?  At the century’s turn executives in large companies were working closely with their auditors to undertake risky business propositions yet keep these transactions and practices “off the books.”  As these companies increasingly hired their audit firm to also provide  business consulting, the auditors found it easier to agree with aggressive accounting interpretations that made company financials look better.  Some companies went so far as to lie to investors and regulators about their business, until their companies failed from the risks and unlawful activities. 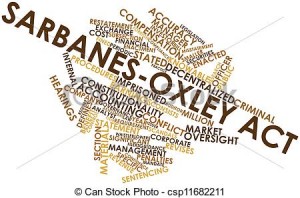 As a result Congress passed the Sarbanes Oxley act in 2002 (SOX,) which greatly increased the duties of Board Directors – as well as penalties if they failed to meet their duties.  This law required Boards to implement procedures to unearth off-balance sheet items, and potential illegal activities such as bribing foreign officials or failing to meet industry reporting requirements for health and safety.  Boards were required to know what internal controls were in place, and were held accountable for procedures to implement those controls effectively.  And they were also required to make sure the auditors were independent, and not influenced by management when undertaking accounting and disclosure reviews.  These requirements were backed up by criminal penalties for CEOs and CFOs that fiddled with financial statements or retaliated on whistle blowers – and Boards were expected to put in place systems to discover possibly illegal executive behavior.

In short, Sarbanes Oxley increased transparency for investors into the corporation.  And it made Boards responsible for compliance.  The demands on Board Directors suddenly skyrocketed.

In reaction to the failure of Lehman Brothers and the almost total bank collapse of 2008, Congress passed the Dodd-Frank Wall Street Reform and Consumer Protection Act in 2010.  Most of this complex legislation dealt with regulating the financial services industry, and providing more protections for consumers and American taxpayers from risky banking practices.  But also included in Dodd-Frank were greater transparency requirements, such as details of executive compensation and how compensation was linked to company performance.  Companies had to report such things as the pay ratio of CEO pay to average employee compensation (final rules issued last week,) and had to provide for investors to actually vote on executive compensation (called “say on pay.”)  And responsibility for implementing these provisions, across all industries, fell again on the Board of Directors.

Thus, after 13 years of regulatory implementation, we are seeing change in corporate governance.  What many laypeople thought was the Board’s job from 1940-2000 is finally, actually becoming their job.  Real responsibility is now on the Directors’ shoulders.  They are accountable.  And they can be held responsible by regulators.

The result is a sea change in how Boards behave, and the beginnings of big change in Board composition.  Board members are leaving in record numbers.  Unable to simply hang around and collect a check for doing little, more are retiring.  The average age is lowering.  And diversity is increasing as more women, and people of color as well as non-European family histories are being asked onto Boards.  Recognizing the need for stronger Boards to make sure companies comply with regulations they are less inclined to idly stand by and watch management.  Instead, Boards are seeking talented people with diverse backgrounds to ask better questions and govern more carefully.

Most business people wax eloquently about the negative effect of regulations.  It is easy to find academic studies, and case examples, of the added cost incurred due to higher regulation.  But what many people fail to recognize are the benefits.  Thanks to SOX and Dodd-Frank companies are far more transparent than ever in history, and transparency is increasing – much to the benefit of investors, suppliers, customers and communities.  And corporate governance of everything from accounting to compensation to industry compliance is far more extensive, and better.  Because Boards are responsible, they are stronger, more capable and improving at a rate previously unseen – with dramatic improvement in diversity.  And we can thank Congress for the legislation which demanded better Board performance – to the betterment of all business.