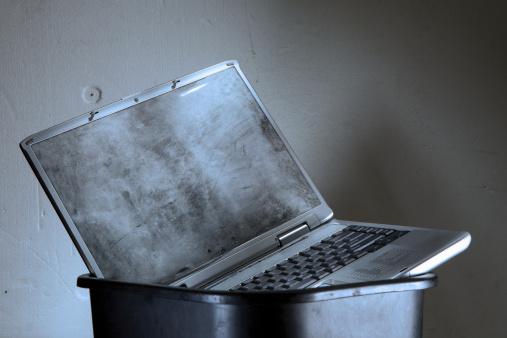 Leading tech tracking companies IDC and Gartner both announced Q1, 2016 PC sales results, and they were horrible.  Sales were down 9.5%-11.5% depending on which tracker you asked.  And that’s after a horrible Q4, 2015 when sales were off more than 10%.  PC sales have now declined for 6 straight quarters, and sales are roughly where they were in 2007, 9 years ago.

Oh yeah, that was when the iPhone launched – June, 2007.  And just a couple of years before the iPad launched.  Correlation, or causation?

Amazingly, when Q4 ended the forecasters were still optimistic of a stabilization and turnaround in PC sales.  Typical analyst verbage was like this from IDC, “Commercial adoption of Windows 10 is expected to accelerate, and consumer buying should also stabilize by the second half of the year.  Most PC users have delayed an upgrade, but can only maintain this for so long before facing security and performance issues.”  And just to prove that hope springs eternal from the analyst breast, here is IDC’s forecast for 2016 after the horrible Q1, “In the short term, the PC market must still grapple with limited consumer interest and competition from other infrastructure upgrades in the commercial market. Nevertheless….things should start picking up in terms of Windows 10 pilots turning into actual PC purchases.”

Fascinating.  Once again, the upturn is just around the corner.  People have always looked forward to upgrading their PCs, there has always been a “PC upgrade cycle” and one will again emerge.  Someday.  At least, the analysts hope so.  Maybe?

Microsoft investors must hope so.  The company is selling at a price/earnings multiple of 40 on hopes that Windows 10 sales will soon boom, and re-energize PC growth. Surely. Hopefully. Maybe? 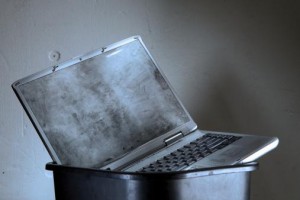 The world has shifted, and far too many people don’t like to recognize the shift.  When Windows 8 launched it was clear that interest in PC software was diminishing.  What was once a major front page event, a Windows upgrade, was unimportant.  By the time Windows 10 came along there was so little interest that its launch barely made any news at all.  This market, these products, are really no longer relevant to the growth of personal technology.

Back when I predicted that Windows 8 would be a flop I was inundated with hate mail.  It was clear that Ballmer was a terrible CEO, and would soon be replaced by the board.  Same when I predicted that Surface tablets would not sell well, and that all Windows devices would not achieve significant share. People called me “an Apple Fanboy” or a “Microsoft hater.”  Actually, neither was true.  It was just clear that a major market shift was happening in computing.  The world was rapidly going mobile, and cloud-based, and the PC just wasn’t going to be relevant.  As the PC lost relevancy, so too would Microsoft because it completely missed the market, and its entries were far too tied to old ways of thinking about personal and corporate computing – not to mention the big lead competitors had in devices, apps and cloud services.

I’ve never said that modern PCs are bad products.  I have a son half way through a PhD in Neurobiological Engineering.  He builds all kinds of brain models and 3 dimensional brain images and cell structure plots — and he does all kinds of very exotic math.  His world is built on incredibly powerful, fast PCs.  He loves Windows 10, and he loves PCs — and he really “doesn’t get” tablets.  And I truly understand why.  His work requires local computational power and storage, and he loves Windows 10 over all other platforms.

But he is not a trend.  His deep understanding of the benefits of Windows 10, and some of the PC manufacturers as well as those who sell upgrade componentry, is very much a niche.  While he depends heavily on Microsoft and Wintel manufacturers to do his work, he is a niche user.  (BTW he uses a Nexus phone and absolutely loves it, as well. And he can wax eloquently about the advantages he achieves by using an Android device.)

Today, I doubt I will receive hardly any comments to this column.  Because to most people, the PC is nearly irrelevant. People don’t actually care about PC sales results, or forecasts.  Not nearly as much as, say, care about whether or not the iPhone 6se advances the mobile phone market in a meaningful way.

Most people do their work, almost if not all their work, on a mobile device.  They depend on cloud and SaaS (software-as-a-service) providers and get a lot done on apps.  What they can’t do on a phone, they do on a tablet, by and large.  They may, or may not, use a PC of some kind (Mac included in that reference) but it is not terribly important to them.  PCs are now truly generic, like a refrigerator, and if they need one they don’t much care who made it or anything else – they just want it to do whatever task they have yet to migrate to their mobile world.

The amazing thing is not that PC sales have fallen for 6 quarters.  That was easy to predict back in 2013.  The amazing thing is that some people still don’t want to accept that this trend will never reverse.  And many people, even though they haven’t carried around a laptop for months (years?) and don’t use a Windows mobile device, still think Microsoft is a market leader, and has a great future.  PCs, and for the most part Microsoft, are simply no more relevant than Sears, Blackberry, or the Encyclopedia Britannica.   Yet it is somewhat startling that some people have failed to think about the impact this has on their company, companies that make PC software and hardware – and the impact this will have on their lives – and likely their portfolios.