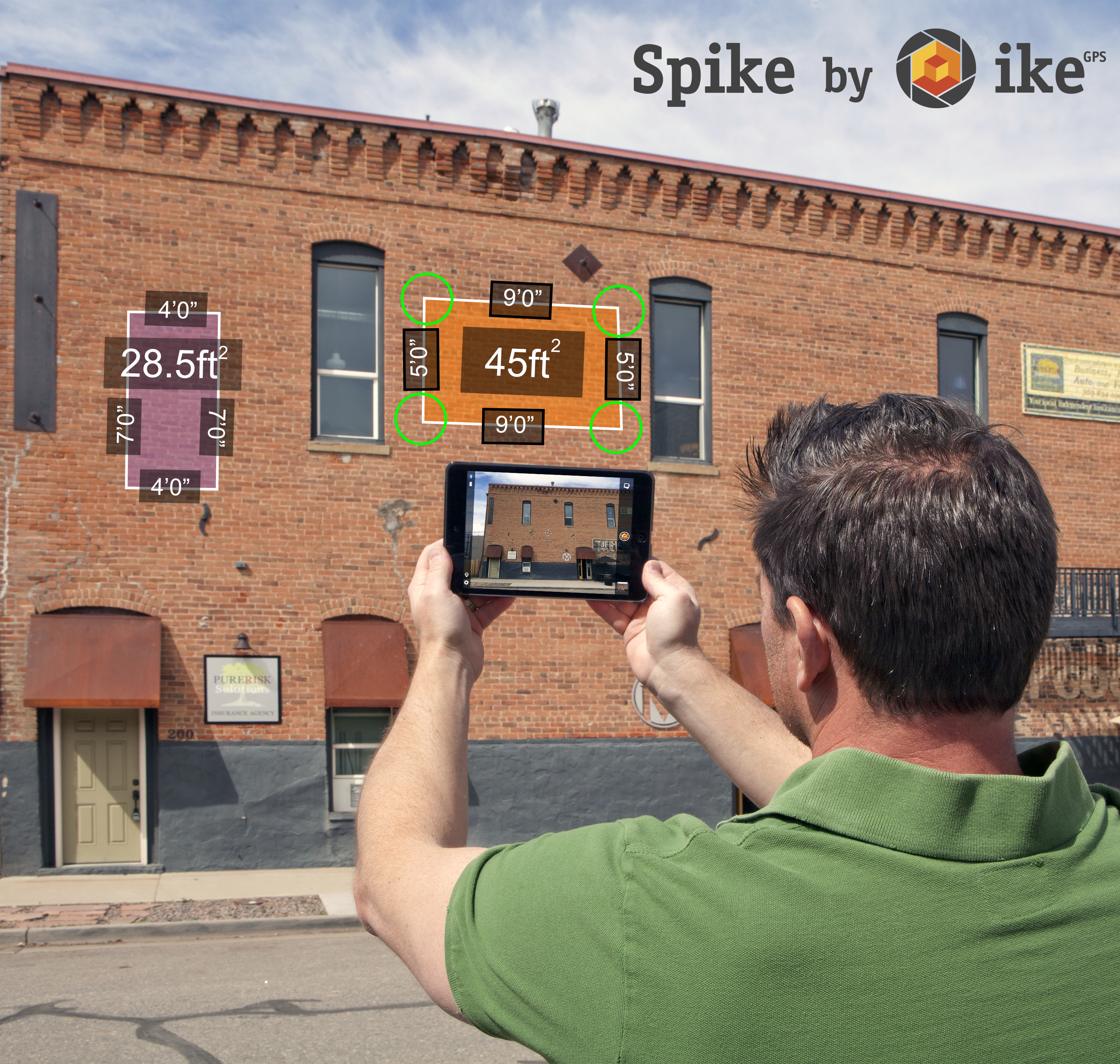 Would you like to triple your revenue next year?  And have plans to keep tripling it – or more – every year into the future?

Of course you would.  But is your business positioned for such explosive growth?  Are you in growth markets, creating new products with new technologies that meet unmet needs and have the potential to completely change your business?  Or are you stuck doing the same thing you’ve always done, a litle better, faster and cheaper in hopes you can just maintain your position?

If you’re constantly looking at your “core” markets and solutions, and you know those aren’t going to grow fast, what keeps you from changing to make your company a high growth winner?

First, most people don’t try.  Leaders say it all the time, “I’m so busy running a business I don’t have time to chase rainbows.  Sure technology is changing, but I don’t understand it, nor know how to use it.  I’m better off investing in what I know than trying to chase trends.”  That’s often followed by dragging out the old saw, usually attributed to Warren Buffet, of “don’t invest in what you don’t know – and I don’t know anything about trends.”  The comfort, and ease, of repeating what you’ve always done allows lethargy to set in – so you keep doing more and more of what you’ve always done, over and again, hoping for a different result.  It’s been attributed to Albert Einstein that such behavior is the very definition of insanity.

Everyone is busy.  We live in a “culture of busy.” Years of layoffs and cost reductions have left most leaders simply struggling to keep up with making and selling last year’s solution.  Constant busy-ness becomes a convenient excuse to not take the time to look at trends, evaluate new opportunities or consider doing things entirely differently.  Busy, busy, busy – until someone knocks your business off its blocks and then you have all kinds of time on your hands.

For those who overcome these 2 built-in biases, the opportunities today are extra-ordinary.  It is possible to slingshot into leadership positions with new solutions, literally from out of nowhere.  If you take the time and try.  Listen, and just do it – to steal from a popular ad campaign.

ikeGPS was started in 2003 as a government/military funded products research company.  Focusing on the technology of lasers and cameras, they won contracts to develop and prototype new solutions with technology mostly buried in universities and labs.  It was a good business, made money for the founders, and was intellectually stimulating.  If not growing very fast or showing much potential of growing.

Eventually ikeGPS started making products with lasers and cameras for finding physical assets.  This turned out to be quite beneficial for electric utilities, which have to maintain some 200,000 power poles in the U.S alone.  EPC (Engineering, Procurement and Construction) companies like Black & Veatch, Bechtel. Burns & McDonel , FMC and Foster Wheeler had a need to find big physical things, then measure their size and location between each other and major points.  For utility company suppliers like GE laser cameras for asset location were a handy, if slow growing business.  Good, solid, reliable revenues, but not something that was going to create a $100M company.

So the Managing Director, Glenn Milnes, and Chief Marketing Officer, Jeff Ross, set about to see what they could do to become a $100M business.  Not because anything in their history said they could do so.  Rather because they wanted to make their company a bigger, faster growing and lot more valuable entity.

The first thing they identified was the trend to mobile devices.  They noticed darn near everyone has one, and they were using them for all kinds of interesting things.  There were thousands and thousands of apps, but none that really took advantage of the cameras to do much measuring, or integrated lasers.  While they didn’t know anything about mobile operating systems, or much about the kinds of cameras in mobile phones or the software used for popular mobile camera uses – they could see a trend.

What if they could take their knowledge about lasers and cameras and figure out how to make mobile phones a lot more powerful?  Could they apply what they knew into markets where they had no experience, using technologies with which they had no experience?  Would it work, or waste their time?  If it worked, what would they make?  If they made something, who would buy it?

Despite these great questions, they wanted ikeGPS to grow, and they decided to take the cash flow from their solid, but low growth historical business and plow it into development of a new product.  So they took to internal company brainstorming to see what they might do.  And they came up with the very clever idea of making an add-on device that construction workers, like concrete installers, pavers, carpenters, masons and such, could use with their mobile phones to replace tape measures.  Something that would be simple, easy to use, work with the phones in their pockets and be a lot more accurate than decades-old technology. 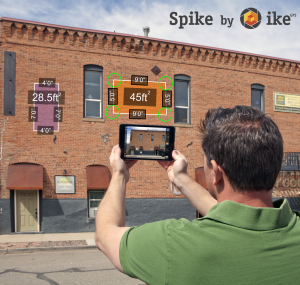 So they went to the lab and built it.  They started design in October, 2013, and a year later they had a product ready to launch. – Spike! They took it to social media, Google adwords, all the low-cost ad tools available to small business today.  They also went to industry trade shows, bought some ads in industry trade magazines and ads on industry specific sites.  Things were OK, but it was a slow slog.

As they were preparing to launch Spike they thought, “why don’t we reach for outsiders to gain some input on this product.  Let’s hear what others might have to say.”  So they launched a Kickstarter campaign, offering investors the product to try.  Via this route they gained the eyes and ears of early adopters.

This was when the surprise happened.  The earliest adopters, and biggest fans of laser measuring via mobile devices weren’t in the construction business.  They were signage companies.  ikeGPS listened to their feedback, and realized they could tweek Spike to be very relevant for folks in signage.  The made themselves accessible to these early adopters, and turned a few into fanatical loyalists.

With this early success, they began to downplay construction and seek signage companies.  Across 2 months they placed about $20k (not millions, thousands) in ads in the 4 largest publishers to the signage industry.  This led to on-line product sales, and smashing reviews.

So then they made overtures to the large franchisors of signage related shops – with retail names like Fast Sign, Sign-o-Rama, Alphagraphics, Speedy Sign, Sign World, etc — in companies like Franchise Services and Alliance Franchise.  Within 6 months of launch they had stopped chasing construction customers and were full-tilt developing signage companies, to great success.  Even sign supply companies llke Reece Sign saw the benefit of promoting (and even reselling) these new laser camera add-ons for mobile devices to stimulate sales and move sign design and creation into the 21st century.

After making this switch, they initial launch sold 1,200 units at $500/unit retail .  But better yet, contracts for promotion and reselling has the company convinced they will blow far beyond their projection of 4,000 units in the first year.But they did not simply forget about construction.  The idea was still sound, but clearly the market had not developed.  So they asked themselves, “if we listened to sign guys and they told us what to do, could we listen to construction guys for advice?”

They pursued finding out more about construction, and learned the market was dominated by brand names.  Few products were bought without a strong brand name – and most products are purchased through the very large home improvement chains such as Home Depot, Lowe’s, Menard’s and others.  But that would be a nearly impossible task, at extremely high cost, for little ikeGPS. So they pursued finding a partner which knew the industry.

In early 2015 ideGPS announced that Stanley Black&Decker would brand and sell Spike via traditional retail.  The product should be on shelves before the end of year, and substantial additional sales volumes are expected.

In 2013 100% of ikeGPS revenues were in their traditional government/military and utility markets with their bespoke device.  In just one year they developed a mobile device, and launched it.  In 2015 1/3 or more of their $10.5 estimated revenue will be from Spike, and they expect to at a minimum triple revenues in 2016.  And they think that rate of growth is sustainable into future years.

ikeGPS shows that it IS possible to move beyond historical markets and create new products for break-out growth.  You aren’t stuck in old businesses with no hope of growth.  if you want to grow, and reap the rewards of growth, you can.  You have to