How Cable TV is Deaf to the Market Roar of Change 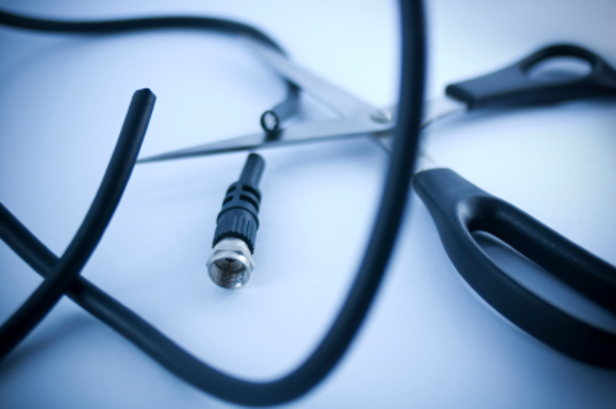 In today’s world if you want entertainment you have a plethora of ways to download or live stream exactly what you want, when you want, from companies like Netflix, Hulu, Pandora, Spotify, Streamhunter, Viewster and TVWeb.  Why would you even want someone else to program you entertainment if you can get it yourself?

Additionally, we increasingly live in a world unaccepting of one-way communication.  We want to not only receive what entertains us, but share it with others, comment on it and give real-time feedback.  The days when we willingly accepted having information thrust at us are quickly dissipating as we demand interactivity with what comes across our screen – regardless of size.

These 2 big trends (what I want, when I want; and 2-way over 1-way) have already changed the way we accept entertaining.  We use USB drives and smartphones to provide static information.  DVDs are nearly obsolete.  And we demand 24×7 mobile for everything dynamic.

Yet, the CEO of Charter Cable company wass surprised to learn that the growth in cable-only customers is greater than the growth of video customers.  Really?

It was about 3 years ago when my college son said he needed broadband access to his apartment, but he didn’t want any TV.  He commented that he and his 3 roommates didn’t have any televisions any more. They watched entertainment and gamed on screens around his apartment connected to various devices.  He never watched live TV.  Instead they downloaded their favorite programs to watch between (or along with) gaming sessions, picked up the news from live web sites (more current and accurate he said) and for sports they either bought live streams or went to a local bar.

To save money he contacted Comcast and said he wanted the premier internet broadband service.  Even business-level service.  But he didn’t want TV.  Comcast told him it was impossible. If he wanted internet he had to buy TV.  “That’s really, really stupid” was the way he explained it to me. “Why do I have to buy something I don’t want at all to get what I really, really want?”

Then, last year, I helped a friend move.  As a favor I volunteered to return her cable box to Comcast, since there was a facility near my home.  I dreaded my volunteerism when I arrived at Comcast, because there were about 30 people in line.  But, I was committed, so I waited.

The next half-hour was amazingly instructive.  One after another people walked up to the window and said they were having problems paying their bills, or that they had trouble with their devices, or wanted a change in service.  And one after the other they said “I don’t really want TV, just internet, so how cheaply can I get it?”

These were not busy college students, or sophisticated managers.  These were every day people, most of whom were having some sort of trouble coming up with the monthly money for their Comcast bill.  They didn’t mind handing back the cable box with TV service, but they were loath to give up broadband internet access.

Again and again I listened as the patient Comcast people explained that internet-only service was not available in Chicagoland.  People had to buy a TV package to obtain broad-band internet. It was force-feeding a product people really didn’t want.  Sort of like making them buy an entree in order to buy desert.

As I retold this story my friends told me several stories about people who banned together in apartments to buy one Comcast service.  They would buy a high-powered router, maybe with sub-routers, and spread that signal across several apartments.  Sometimes this was done in dense housing divisions and condos.  These folks cut the cost for internet to a fraction of what Comcast charged, and were happy to live without “TV.”

But that is just the beginning of the market shift which will likely gut cable companies.  These customers will eventually hunt down internet service from an alternative supplier, like the old phone company  or AT&T.  Some will give up on old screens, and just use their mobile device, abandoning large monitors.  Some will power entertainment to their larger screens (or speakers) by mobile bluetooth, or by turning their mobile device into a “hotspot.”

And, eventually, we will all have wireless for free – or nearly so.  Google has started running fiber cable in cities including Austin, TX, Kansas City, MO and Provo, Utah.  Anyone who doesn’t see this becoming city-wide wireless has their eyes very tightly closed.  From Albuquerque, NM to Ponca City, OK to Mountain View, CA (courtesy of Google) cities already have free city-wide wireless broadband. And bigger cities like Los Angeles and Chicago are trying to set up free wireless infrastructure.

And if the USA ever invests in another big “public works infrastructure” program will it be to rebuild the old bridges and roads?  Or is it inevitable that someone will push through a national bill to connect everyone wirelessly – like we did to build highways and the first broadcast TV.

So, what will Charter and Comcast sell customers then?

It is very, very easy today to end up with a $300/month bill from a major cable provider.  Install 3 HD (high definition) sets in your home, buy into the premium movie packages, perhaps one sports network and high speed internet and before you know it you’ve agreed to spend more on cable service than you do on home insurance.  Or your car payment.  Once customers have the ability to bypass that “cable cost” the incentive is already intensive to “cut the cord” and set that supplier free.

Yet, the cable companies really don’t seem to see it.  They remain unimpressed at how much customers dislike their service. And respond very slowly despite how much customers complain about slow internet speeds.  And even worse, customer incredulous outcries when the cable company slows down access (or cuts it) to streaming entertainment or video downloads are left unheeded.

Cable companies say the problem is “content.”  So they want better “programming.”  And Comcast has gone so far as to buy NBC/Universal so they can spend a LOT more money on programming.  Even as advertising dollars are dropping faster than the market share of old-fashioned broadcast channels.

Blaming content flies in the face of the major trends.  There is no shortage of content today.  We can find all the content we want globally, from millions of web sites.  For entertainment we have thousands of options, from shows and movies we can buy to what is for free (don’t forget the hours of fun on YouTube!)

It’s not “quality programming” which cable needs.  That just reflects industry deafness to the roar of a market shift.  In short order, cable companies will lack a reason to exist.  Like land-line phones, Philco radios and those old TV antennas outside, there simply won’t be a need for cable boxes in your home.

Too often business leaders become deaf to big trends.  They are so busy executing on an old success formula, looking for reasons to defend & extend it, that they fail to evaluate its relevancy.  Rather than listen to market shifts, and embrace the need for change, they turn a deaf ear and keep doing what they’ve always done – a little better, with a little more of the same product (do you really want 650 cable channels?,) perhaps a little faster and always seeking a way to do it cheaper – even if the monthly bill somehow keeps going up.